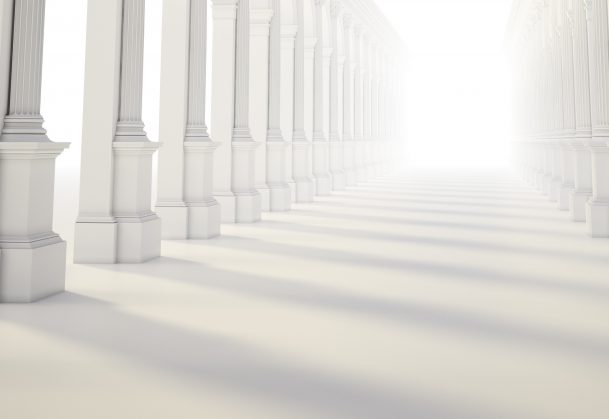 “Summer melt” is a term applied to the 30% of urban teenagers who get accepted to college but never enroll. US government leaders have turned to behavioral science in an effort to stem the runoff.

A group known as the Social and Behavioral Sciences Team (SBST) worked with the US Department of Education to send personalized text messages to thousands of high school students or their parents, reminding them of the tasks they needed to complete to begin college in the fall. The text message campaign made a difference: SBST reported that 68% percent of students who were sent the text messages enrolled in college that fall, compared with 65% of those who did not receive the texts. And the difference was largest among low-income teens and those poised to be the first in their families to attend college. In fact, the text messages boosted enrollment among low-income students from 66.4% to more than 72%.

The education project was one of several that SBST, created by the White House in 2014, took on to help the federal government translate scientific findings into solving practical problems ranging from delinquent student-loan payments to wasteful energy consumption. And the team’s role is about to expand: On September 15, President Obama signed an executive order directing federal agencies to incorporate more behavioral science into their activities and services.

The government’s intensified emphasis on behavioral science was significantly influenced by a May 2013 White House workshop, Psychological Science and Behavioral Economics in the Service of Public Policy, held in conjunction with the 25th APS Annual Convention. That event brought together psychological scientists, behavioral economists, and government leaders in Washington, DC, to discuss how to incorporate behavioral empiricism into policymaking. APS was an organizer of the event along with the White House Office of Science and Technology Policy (OSTP), the National Institute on Aging, and the White House Council of Economic Advisers. The workshop included presentations from some of the leading figures in psychological science and behavioral economics, including APS Fellow and Nobel Laureate Daniel Kahneman, APS Fellow Robert Cialdini, and APS Past Presidents Walter Mischel, Susan T. Fiske, John T. Cacioppo, and Elizabeth Phelps.

The president’s action means federal agencies will use behavioral science insights to develop, rigorously test, and evaluate strategies aimed at easing Americans’ access to federal programs and changing the way government employees work. The strategies generally involve messages and other cues that have been shown to spur people to act in healthier, thriftier, cleaner, and more productive ways.

The action provides a well of opportunities for psychological scientists to help federal programs become more efficient and reach more of the people they’re designed to serve. (SBST is inviting researchers to apply for the opportunity to participate in a project related to their expertise.)

The new emphasis on behavioral insights also can help the government incorporate previously overlooked factors that can topple what otherwise look to be effective initiatives.

Many recent SBST projects are based on the social and cognitive psychology that underlies a behavioral economics premise: People behave in their best interests when they’re persuaded, rather than forced, to do so. Kahneman explained this concept at a September 15 White House symposium.

“When it comes to changing behavior, you can either increase pressure or reduce resistance,” Kahneman said. “And reducing resistance is always better.”

The pressures and difficulties that Kahneman references can come in such forms as complicated health insurance applications, nebulous options for retirement plans, and confusion about the best ways to scale back energy use.

“The federal government administers a wide array of programs on behalf of the American people: financial aid to assist with college access, social insurance programs and tax incentives to promote retirement security, health insurance programs to ensure access to healthcare and financial protection for families, disclosure requirements to help people obtain safer mortgages, and others,” SBST says on its website. “But … research from behavioral science demonstrates that seemingly small barriers to engagement, such as pages of unstructured information, burdensome applications, or poorly presented choices, can prevent programs from effectively reaching the people they are intended to serve.”

In conjunction with the executive order, SBST issued its first annual report detailing the results of several trials that employed behavioral science insights to improve program outcomes. Much of the team’s activity taps into the groundbreaking work of psychological scientists such as Kahneman, Cialdini, and Dan Ariely. These projects were conducted in collaboration with such agencies as the US Departments of Defense, Education, and Veterans Affairs.

“Identifying these particular projects comes from a dialogue with the agencies,” psychological scientist and attorney David Yokum, a member of the SBST, said during a September 18 symposium hosted by the Brookings Institution in Washington, DC. “The team is constituted from members of these agencies, and the agencies are partners throughout this process.”

Among the strategies that SBST and the agencies tested were a single email that highlighted the three steps needed to enroll in a workplace savings plan, which nearly doubled the rate at which military servicemembers signed up; reminder emails sent to federal student-loan borrowers who missed their first payment, a program that yielded a 29% increase in the number of borrowers making a payment; and reminder letters mailed to individuals who had started but not finished applying for federal health insurance, which increased the completion rate of applications by 13%.

“As a result of these projects, more servicemembers are saving for retirement, more students are going to college, more veterans are accessing their benefits, more farmers are obtaining credit, and more families are gaining healthcare coverage,” Maya Shankar, Senior Advisor for the Social and Behavioral Sciences at OSTP, said in a blog post.

And it reflects a sentiment that psychological scientists have been sharing for several years. APS Fellow Barry Schwartz wrote a widely cited article for the Atlantic in 2012 titled “Move Over Economists: We Need a Council of Psychological Advisers,” noting the contributions that experts in human behavior can provide to government policymakers. Mischel shared similar ideas during his conversation with David Brooks of the New York Times in a special program at the 23rd APS Annual Convention in 2011.

And the November 2015 issue of Perspectives on Psychological Science includes a special section, “Memo to the President From a ‘Council of Psychological Advisors,’” edited by past Perspectives Editor Barbara Spellman, APS Fellow Bethany Teachman (both from the University of Virginia), and Michael Norton (Harvard University). The section features articles that outline different policy problems or societal issues, review the relevant research, and use that science to suggest actionable policy changes.

The creation of SBST and the executive order all signal that government leaders are getting the message.

“Among other things, this initiative is a recognition that behavior is at the heart of so many issues that are of central concern to the nation, from financial security to health to energy conservation,” said Sarah Brookhart, APS Executive Director. “Equally important, it is a recognition of the important role of psychological science and other behavioral science disciplines in improving the circumstances of individuals, families, and society.”

What Works, What Doesn’t

Importantly, SBST’s work thus far has not only demonstrated strategies that spur people to take advantage of government programs and better their own lives (see the sidebars to this article), but also has revealed strategies that don’t work — at least not in every circumstance. One of the team’s projects aimed to discourage healthcare providers from overprescribing controlled substances (e.g., benzodiazepines and antipsychotics) under Medicare because such overmedicating can endanger patient health and increase healthcare costs. The intervention used a tactic that has proven effective in past experiments: Studies by researchers such as Cialdini and APS Fellow P. Wesley Schultz have shown that messages highlighting social comparisons can motivate behavior change by engaging people’s tendency to “follow the crowd.”

Working with the Center for Program Integrity at the Centers for Medicare and Medicaid Services, SBST identified more than 1,500 health professionals who prescribed far more than their peers in the same state and medical specialty. The team sent individual letters to a subset of those prescribers, showing them how their prescribing rates exceeded those of their peers.

After sending the letters, the team collected prescribing claims data for 90 days and found that the messages failed to effect any significant change in prescribing behavior. The research team is testing alternative ways to reach providers, including variations on the design, timing, and frequency of the social-comparison letter.

For its second year of operation, SBST has more than 20 new projects planned in coordination with such agencies as the Social Security Administration, the US Census Bureau, the Federal Emergency Management Agency, the US Agency for International Development, and the Departments of Education, Energy, and Labor. The projects will, among other things, test strategies for improving retirement savings among military servicemembers, increasing flood insurance enrollments in flood-prone areas, and sending families reports on home energy use to encourage them to buy energy-efficient appliances.

For more information about the Executive Order and the SBST, click here. 

Has there been any institutional discussion on the part of the APS about the political implications of your work with government? Two issues come to mind immediately, each of which could create a conflict of interest.

First, the effect size of the projects you cite at the start of this article seem small, raising the question of whether the program is worth its cost. If it’s not, is there any concern about the APS’s promoting work for psychologists that is not cost-effective for the tax payer?

Second, helping individuals who have applied for college follow through and actually attend seems uncontroversial. But if the target for some program is politically controversial — e.g., helping women who want abortions get them — does APS have a rationale for promoting government programs that are not supported by a sizable number of tax payers? That also creates a possible conflict of interest if the APS promotes research that supports programs it politically approves of and refuses research that supports programs that it does not.

In short, I’m aware of the APS seeing its role as, in part, promoting work for psychologists; but does it have an ethical rationale for the political ramifications of such promotions?

Scott Sleek is director of news and information at APS. He can be contacted at apsobserver@psychologicalscience.org.