The 2016–2017 James McKeen Cattell Fund Fellowships have been awarded to APS Past Board Member Barbara L. Fredrickson, APS Fellow Aaron S. Benjamin, and developmental psychologist Rachel F. Barr. Presented in partnership with APS, the fellowships allow recipients to extend their sabbatical periods from one semester to a full year. Here, in their own words, are the projects the three researchers plan to pursue during their sabbaticals. 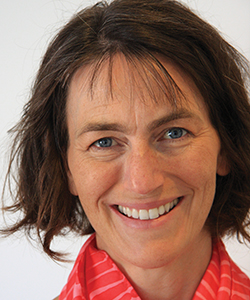 I investigate links between people’s positive emotions and their physical health. My recent research spotlights how the positive emotions that people experience within meaningful social connections contribute to their well-being and health. My sabbatical plan is to expand my methodological tool kit to assess the nonconscious, physiological, and neural underpinnings of face-to-face emotional connections. In residence at the University of California, Berkeley, I will work with collaborators on archival couples’ data to measure a new construct, positivity resonance, which refers to positive emotions that are momentarily experienced by two or more individuals simultaneously. Because my research and funding to date have centered on tracking emotions in individuals, rather than in dyads, my evidence for this new concept remains indirect. My sabbatical goal is to develop innovative tools and expertise for working with the inherent complexity of naturalistic dyadic data. The expanded measurement tool kit I aspire to create will allow me to advance the field’s understanding of the biological mechanisms that underlie the link between positive socioemotional connections and physical health. Over the past 5 years, my team and I have increased our measures of relevant biological mechanisms with state-of-the-art measures of functional genomics, the neuropeptide oxytocin, and cardiovascular physiology. These advancements in our empirical grasp on biological mechanisms now must be matched with greater refinement in our assessments of naturalistic psychosocial experiences. As technological advances and norms increasingly support reductions in face-to-face social connections, a more complete scientific understanding of how various forms of interaction (e.g., face-to-face, computer-mediated) benefit or harm human health is urgently needed. 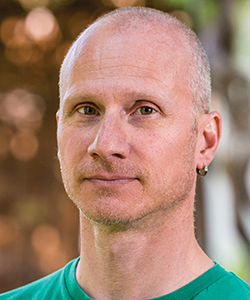 University of Illinois at Urbana-Champaign

Despite the fact that research into the cognitive processes and procedures underlying eyewitness identification has a history nearly as old as that of empirical research on memory more generally, there has been a surprising — and unfortunate — lack of cross-fertilization between the two domains. This set of circumstances has had negative repercussions for both fields: Laboratory researchers concerned with basic problems of human memory often overlook important societal problems that should play a role in shaping agendas for basic research, and applied researchers often failed to consider basic principles of human learning and memory in drawing conclusions from their own work. Many of the failures of generalizability and reliability identified in a recent National Academy of Sciences report, Identifying the Culprit: Assessing Eyewitness Identification, can be partially traced back to this artificial division between applied and theoretical work on human memory.

The goal of research in my lab at the University of Illinois is to bring basic empirical and computational research on human learning, memory, and decision-making to bear on applied problems. From our perspective, the research that has the most applied potential is not necessarily the work that bears the most superficial similarity to the real-world situation to which it is being applied. Rather, it is the work that has the greatest potential to generalize to a wide range of situations and circumstances, including the real-world scenarios that inspire that work. During my sabbatical, I will be developing a program of research on eyewitness memory — a new domain of interest in my lab.

In recent years, we have tried to bridge the gap between applied and basic research on problems related to the effects of aging on memory, to the design of educational techniques and technology, to the development of training regimens for skill learning, and to the question of how faces are recognized. Within eyewitness-memory research, we have begun programs related to the following four basic questions that we see as central to advancing the field:

1. Memory: What are the basic cognitive processes by which an eyewitness chooses a suspect out of a lineup?

3. Metamemory: What information can an eyewitness report about the accuracy of his or her own identification judgments?

4. Identification algorithms: How can we develop a more multidimensional assessment procedure for suspect identification and use that rich data set, in conjunction with statistical learning techniques, to develop algorithms that bear on the accuracy of an identification decision?

I will spend my sabbatical at the University of California, Irvine, which has one of the world’s best programs in mathematical psychology and cognitive science, as well as in psychology and law. I hope to collaborate with people who share interests in learning and memory and who can bring a new set of tools to our burgeoning program in eyewitness memory. 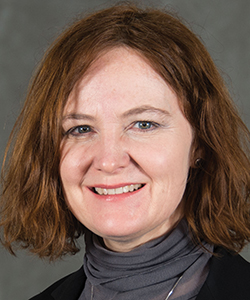 I am a developmental psychologist specializing in early sociocognitive development. Urie Bronfenbrenner, a major theorist in the field of developmental science, is the major influence on my research program, which investigates how three key environmental contexts (digital, linguistic, and parental) influence early learning trajectories. I use converging methods by directly measuring social learning in young children via deferred imitation methods, quantifying the quality of parent–child interactions via observational methods, and augmenting these approaches using survey data. During my sabbatical, I will be working on three interrelated projects:

1. Digital context: Before the launch of the iPad in April 2010, reading and watching television were the major daily childhood media-related activities that were investigated in the field. The iPad launch was immediately followed by a rapid and unregulated release of more than 80,000 “educational” tablet applications. Across the past 15 years, I have compared how infants encode and process information from live interactions, television, books, and touch screens/tablets. Despite progress in understanding the role of content and context in early childhood learning from digital media, the rapid expansion of digital technology means that current assessments of household media use are likely incomplete. During my sabbatical, I will form a collaborative network to improve media-assessment protocols and examine the underlying neural mechanisms of learning in the digital age. I also will devote time to learning the fundamentals of two new, cutting-edge techniques — eye-gaze contingency eye-tracking and functional near-infrared spectroscopy.

2. Linguistic context: Two-thirds of the world’s children are raised in homes where multiple languages are spoken. Bilingual children show heightened cognitive flexibility, defined as the ability to adjust their behaviors in response to changes in task demands and the ability to inhibit their attention to irrelevant information. For example, bilingual children can more easily switch between activities and see information from different perspectives than monolingual children can. Recently, my colleagues and I have demonstrated that bilingual infants also show earlier memory flexibility than do monolinguals. I will examine whether these differences in memory processing during infancy predict bilingual children’s cognitive flexibility later in childhood. A better understanding of the consequences of early bilingualism on cognitive outcomes will allow early educators to develop pedagogical strategies to capitalize on the protective cognitive strengths of bilingualism. These strategies could be generalized to other children by focusing on the cognitive strengths of each child.

3. Parenting context: Bronfenbrenner famously once said, “If you want to understand something, try to change it.” In my third project, I will continue to test the Just Beginning “Baby Elmo” program. This program uses a dual-generation and media-based approach to parenting education, working with fathers and their young children over the course of five lessons to enhance the quality of the father–child relationship. Each lesson incorporates “Sesame Beginnings” videos into a training session with the father followed by structured play time that allows the father to practice concepts from the lesson with his child. It has been implemented primarily with incarcerated teen fathers of young children (ages 0–3). During my sabbatical, my collaborators and I will begin to assess the longer-term effects of program inclusion and adapt it for broader use in community settings.