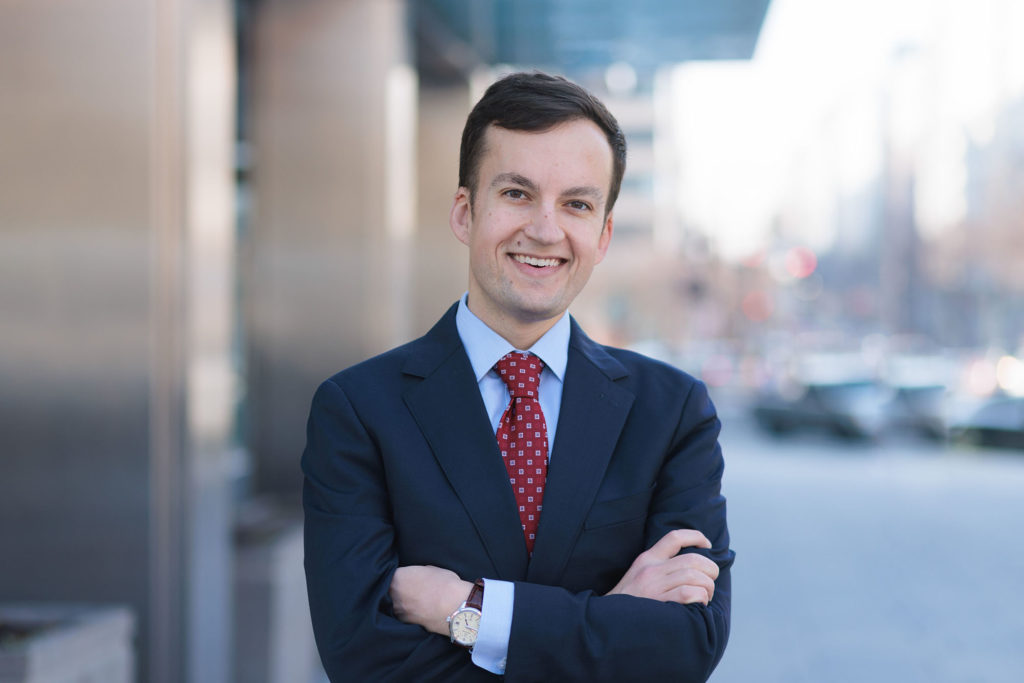 Cognitive psychologist Andy DeSoto was a key member of the APS staff for 7 years and leaves a legacy that includes a highly impactful government relations and policy program. On August 29, he began a new career at the National Science Foundation (NSF) as the senior advisor for innovation, strategic engagements, and partnerships within the Office of the Assistant Director of the Directorate for Social, Behavioral, and Economic Sciences.

I’ve been hooked by psychology since I took AP Psychology in high school; in fact, a visioning exercise I did in those days quite optimistically predicted I’d be on the tenure track at Yale at about this point in my career! My father’s advice to me while I was in college was to look for the subject that made you sit on the edge of your seat all class long. At William & Mary, my undergraduate institution, Chris Ball’s cognitive psychology lab course was that for me. I joined APS the same year I took that class, in fact. I knew from then on that I wanted to pursue a PhD in cognitive psychology.

Although I knew I liked cognitive psychology broadly, I was still focusing my research interests all the way through my graduate school interviews. Meeting APS Past President Roddy Roediger and learning about his lab was the last puzzle piece I needed to figure everything out. I’m so grateful to Roddy for choosing to admit me and for his mentorship over the 6 years of my PhD and beyond.

I wish I could say there was an “aha” moment during my education, but it was a slow, accumulating experience. Each passing year, I wished I had known what I did then during the previous year—a recurring experience all the way through graduating. When I started the PhD program, I thought that everything that I couldn’t understand or that seemed too complicated entirely reflected me and my knowledge of the field. As I grew in my education, I got better at sniffing out when that complexity was unnecessary. Now, I firmly believe that effective scientific communication requires less, not more.

Two zeitgeists struck psychological science while I was in graduate school. One is the advent of Amazon Mechanical Turk research and similar online data collecting in experimental psychology. The other was the open science movement that developed in the 2010s. I tried to lean into both developments, collaborating on a book on programming for web experiments (Weinstein, 2012) and attending the inaugural meeting of the Society for the Improvement of Psychological Science (SIPS) in 2016.

See all Careers Up Close Interviews

A recognized personal limitation is that I am rather extrinsically driven, and I was worried that I didn’t have the characteristics to succeed at a postdoc. And while I enjoyed my opportunities to teach, that wasn’t sticking as my calling, either. If not research or teaching, what? I let personal considerations take the reins and looked for jobs in the Washington, DC, area to be nearer to my (future) spouse and our families. I credit APS Executive Director Emerita Sarah Brookhart for identifying my potential gifts as an advocate for behavioral science and for her guidance in helping me develop them.

Working on issues of science policy is just the tip of the iceberg of what scientists and related policy experts do in Washington or other seats of government. “Science for policy” describes the ways that scientific research can help improve societal goals such as health, wellness, or economic stability. But there’s a “policy for science” side that is equally broad and deep. For example, APS advocacy helped create the wings of NSF and NIH (U.S. National Institutes of Health) that support behavioral and social sciences research (see Brookhart, 2020, for a review of this APS history, which predates me). As a result, strong streams of funding continue to support the careers of psychological scientists and others. By galvanizing basic and applied research funding in psychological science, science policy work helps grow future opportunities in science and impact.

The same can be said for the intersection of science and politics. In many ways, the headline issues we read about on the news or Twitter do relate to our science and the scientists who conduct it. But at the same time, there is continued broad support for our scientific institutions. NIH’s budget, for instance, has grown significantly each of the years that I have been at APS (read Erber, 2022, for a recent example). Lawmakers on both sides of the political aisle recognize the importance of research (especially as pertains to health, which psychological science often does). And I’ve had the opportunity to meet amazing career scientists and scientific administrators in all levels of the government. Plus, new legislation that President Biden signed reflects bipartisan cooperation and recognition of the value of scientific research, and the role it plays in U.S. priorities (see Mervis, 2022, for an expert take). These details may surprise those not in the day-to-day policy world.

When I joined APS, our government relations functions were primarily orchestrated by APS’s leadership, with no dedicated team. Over the last 7 years, with great help from colleagues (especially Gabriela Galeano and Kekoa Erber), we’ve developed a full-on government relations and policy program (learn more at psychologicalscience.org/policy!). We regularly meet with Capitol Hill policymakers on key issues of interest to psychological scientists. We’ve brought together APS members and others to discuss important topics at the intersection of psychological science and areas of public interest. Increasing numbers of government scientists and others are recognizing APS conventions as places to present their research or other work. And we’ve been part of the growing movement to better integrate psychological science and related fields into policy and policymaking. These programs have grown and further developed despite the major setbacks of COVID-19. I am confident this great momentum will continue under the direction of Robert Gropp, APS’s chief executive officer, himself a science-wide leader at the intersection of science and policy.

Two of my fondest APS memories are the two International Conventions of Psychological Science (Vienna, in 2017, and Paris, in 2019). I hope to be able to attend the 2023 international convention in Brussels!

As a member of the social, behavioral, and economic sciences (what NSF calls “SBE”) community, it’s hard not to be thrilled to work at NSF. It really is one of the world leaders in funding psychological science and other SBE fields. Even Congress agrees; NSF “SBE-supported research makes the U.S. unique among other nations,” it wrote during the U.S. fiscal year 2021 budgeting process (H. Rpt. 116-455, as cited in DeSoto, 2020). For this reason, the agency has a critical role in ensuring that many audiences, in the United States and internationally, understand the contributions that these fields can make to advancing science, promoting health and prosperity, and to strengthening defense.

Andy DeSoto is the senior advisor for innovation, strategic engagements, and partnerships in the Office of the Assistant Director of the Directorate for Social, Behavioral, and Economic Sciences at the National Science Foundation.