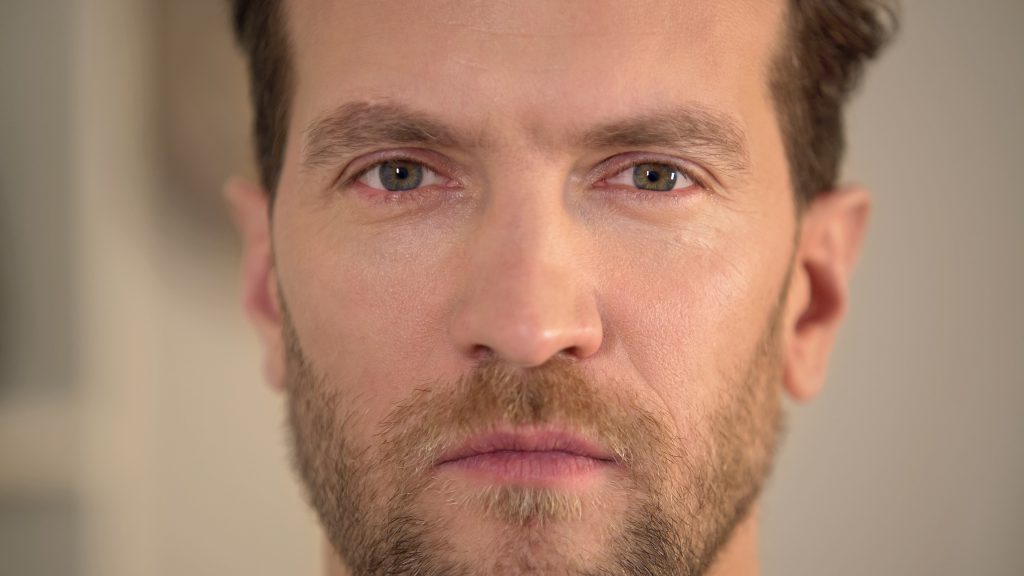 Epidemiological data indicate that a majority of individuals who experience one episode of major depressive disorder will experience another depressive episode in the future. New research shows that an attentional bias toward angry faces is one risk factor that may predict future depressive episodes. The findings are published in Clinical Psychological Science, a journal of the Association for Psychological Science.

Researchers at Binghamton University recruited 160 women to participate in the study: 60 of the women had a history of depression but were in remission at the time of the study and the other 100 women had no history of depression. They showed each woman a series of pairs of faces — in each pair, one face had a neutral expression and the other had either an angry, sad, or happy expression.

Using eye-tracking, the researchers found that women with a history of depression tended to spend more time looking at the angry faces relative to the neutral face compared to women with no history of depression. There was, however, no noticeable difference between the groups in the amount of attention paid to either happy faces or sad faces.

Most importantly, among women with a history of prior depression, those who tended to look the most at the angry faces were at greatest risk for developing depression again over the next two years.

“If you’re walking around day to day, your attention will just be drawn to certain things and you’ll tend to look at some things more than others. What we showed is if your attention is drawn to people who appear to be angry with you or critical of you, then you’re at risk for depression,” said Brandon Gibb, professor of psychology at Binghamton University and director of the Mood Disorders Institute and Center for Affective Science.

“I think the most interesting thing about this is that we followed these women for two years, and the women who are paying attention to angry faces are the most likely to become depressed again, and they become depressed in the shortest amount of time. So they’re at greatest risk,” said graduate student and lead author of the study Mary Woody. “We might be able to identify women who are at greatest risk for future depression just by something as simple as how they pay attention to different emotional expressions in their world.”

To address these types of attentional biases, computer programs and games are being used to retrain peoples’ attention. This approach has shown promise in the treatment of anxiety and is now being tested as a treatment for depression. Woody said that, by showing the important role that attentional biases play in depression risk, this new research highlights the promise of these types of attention retraining programs.

“It’s a very important first step in developing a new line of treatment for people who are at risk for depression and for who currently have depression,” Woody said.

Woody discusses the new findings in a video produced by Binghamton University: http://youtu.be/XeMf434VHZ4.

In addition to Woody and Gibb, co-authors on the study include Max Owens and Katie L. Burkhouse of Binghamton University.