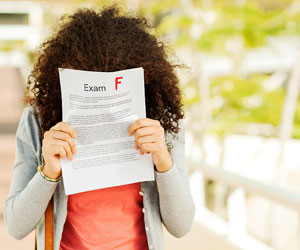 Parents’ beliefs about whether failure is a good or a bad thing guide how their children think about their own intelligence, according to new research from Psychological Science, a journal of the Association for Psychological Science. The research indicates that it’s parents’ responses to failure, and not their beliefs about intelligence, that are ultimately absorbed by their kids.

“Mindsets—children’s belief about whether their intelligence is just fixed or can grow—can have a large impact on their achievement and motivation,” explains psychological scientist Kyla Haimovitz of Stanford University, first author on the study. “Our findings show that parents can endorse a growth mindset, but they might not pass it on to their children unless they have a positive and constructive reaction to their children’s struggles.”

Despite considerable research on mindsets, scientists have found little evidence to suggest that intelligence mindsets are handed down to children from their parents and teachers. Haimovitz and psychology researcher Carol Dweck, a pioneer in mindset research, hypothesized that parents’ intelligence mindsets might not transfer to their kids because they aren’t readily observable. What kids might see and be sensitive to, the researchers speculated, is their how parents feel about failure.

Haimovitz and Dweck surmised that parents convey their views about whether failure is positive or negative through their responses to their children’s setbacks. For example, parents who typically show anxiety and concern when their kids come home with a poor quiz grade may convey the belief that intelligence is mostly fixed. Parents who focus instead on learning from the poor grade signal to their kids that intelligence can be built through learning and improvement.

In one study, the researchers asked 73 parent-child pairs to answer a series of questions designed to tap into their individual mindsets. The parents rated their agreement with six statements related to failure (e.g., “Experiencing failure facilitates learning and growth”) and four statements related to intelligence (e.g., “You can learn new things but you can’t really change how intelligent you are”). The children, all 4th- and 5th-grade students, responded to similar statements about intelligence.

However, parents’ attitudes toward failure were linked with how their kids thought about intelligence. Parents who tended to view failure as a negative, harmful event had children who were more likely to believe that intelligence is fixed. And the more negative parents’ attitudes were, the more likely their children were to see them as being concerned with performance as opposed to learning.

And the researchers found that parents’ beliefs about failure seemed to translate into their reactions to failure. Results from two online studies with a total of almost 300 participants showed that parents who adopted a more negative stance toward failure were more likely to react to their child’s hypothetical failing grade with concerns about their child’s lack of ability. At the same time, these parents were less likely to show support for the child’s learning and improvement. Their reactions to the failing grade were not linked, however, with their beliefs about intelligence.

Most importantly, additional data indicated that children were very much attuned to their parents’ feelings about failure.

“It is important for parents, educators, and coaches to know that the growth mindset that sits in their heads may not get through to children unless they use learning-focused practices, like discussing what their children could learn from a failure and how they might improve in the future,” says Haimovitz.

According to Haimovitz and Dweck, these findings could be harnessed to develop interventions that teach parents about the potential upsides of failure, showing parents how they can respond to their children’s setbacks in ways that are motivating rather than discouraging.