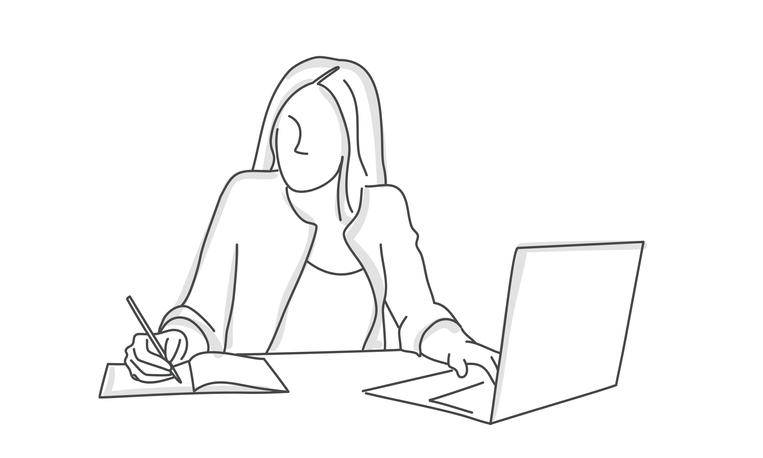 Over the past several years, findings related to the benefits of writing notes by hand versus typing notes have caused some educators to question the value of bringing laptops into the classroom—a debate that has been further complicated by the need to move many classrooms online amid the COVID-19 pandemic. But although previous work suggested that students who write notes by hand may retain information better than those who type them out on a laptop, attempts to replicate this research indicate that taking notes longhand may offer no measurable benefit.

“We found only small, statistically nonsignificant differences in quiz performance as a function of note-taking medium,” whether students used a laptop or pen, wrote APS Fellow Heather L. Urry (Tufts University) and colleagues in Psychological Science. “Students and professors who are concerned about detrimental effects of computer note taking on encoding information to be learned in lectures may not need to ditch the laptop just yet.”

Urry and colleagues reached this conclusion through a direct replication of a 2014 study by Pam A. Mueller (Princeton University) and APS Fellow Daniel M. Oppenheimer (University of California, Los Angeles), in addition to a mini meta-analysis of eight related studies.

Like Mueller and Oppenheimer, whose original study involved 67 undergraduate students at Princeton, Urry and colleagues tasked 145 undergraduate students at Tufts with viewing a recorded lecture while taking typed or handwritten notes. Each student then immediately took a quiz that consisted of a mix of questions involving factual recall (e.g., “According to the speaker, what kinds of stressful tasks most reliably raise the level of cortisol [a stress-related hormone]?”) and conceptual application (“Why are the negative outcomes the speaker discusses [social problems, life expectancy, etc.] correlated with economic status within countries, but not across countries?”).

In addition to scoring their answers, the researchers recorded the number of words in each student’s notes, as well as the amount of word-for-word overlap with the lecture.

As in Mueller and Oppenheimer’s study, no significant relationship was found between typed versus longhand note taking and factual recall. Both studies also found that students’ typed notes contained more words and exhibited a greater degree of verbatim overlap than students’ handwritten notes. Higher word count was associated with a better quiz score, whereas more word-for-word overlap was associated with worse performance.

Unlike Mueller and Oppenheimer, however, Urry and colleagues found no relationship between typed versus longhand note taking and conceptual recall. And their meta-analysis supported the conclusion that the effect of typing versus writing notes by hand was not statistically significant.

Unfortunately, the researchers add, the results also do not confirm that taking more notes in your own words leads to better quiz performance. Urry and colleagues did not directly measure the effects of word count or verbatim overlap, preventing them from drawing a conclusion on this matter.

“Higher word count or lower verbatim overlap may be third-variable proxies for motivation, conscientiousness, or interest, any of which might prompt students to take more notes in their own words and do better on the test,” Urry and colleagues explained.

As in the original study, the researchers noted, students were not permitted to review their notes before taking the quiz. It is possible, therefore, that typing versus writing notes by hand could influence performance when students have time to study the notes they have taken, Urry and colleagues added.