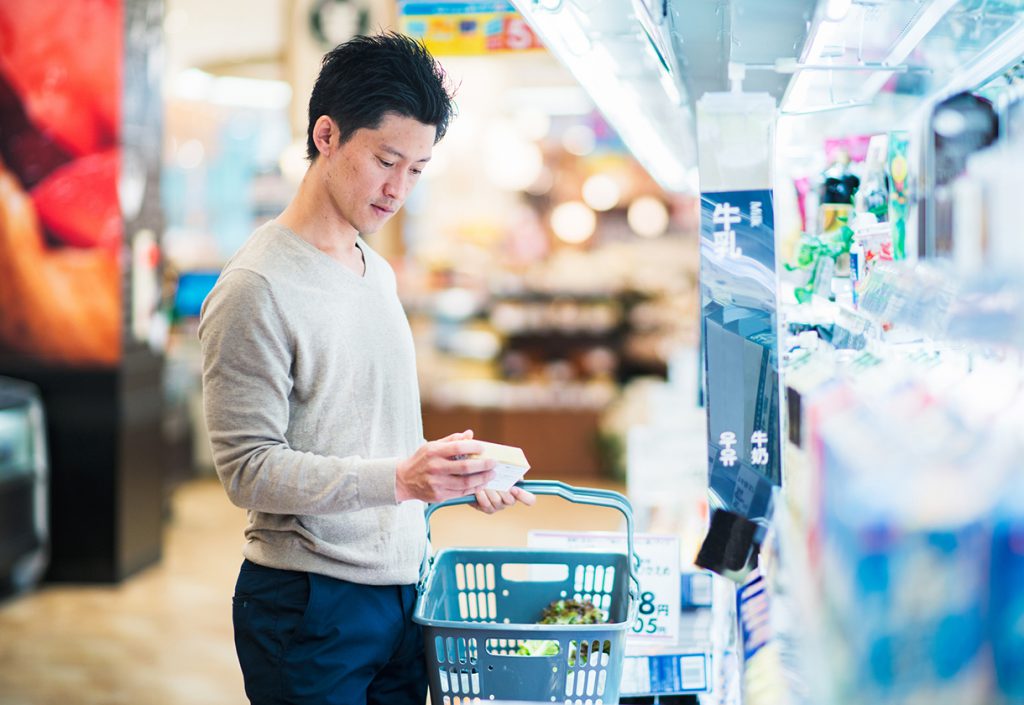 Paradoxically, the nearby presence of an indulgent treat can cause more people to opt for a healthy food, said study coauthor Scott Huettel, professor of psychology and neuroscience at Duke University. Context, in other words, affects food choices.

“When people choose foods, they don’t simply reach into their memory and pick the most-preferred food. Instead, how much we prefer something actually depends on what other options are available,” Huettel said.

With obesity rates climbing, the authors wanted to examine factors that drive dietary choices. So they designed a study to look at how viewing indulgent sweet treats such as Snickers and Oreos affected the choice of healthier foods such as salmon or grapefruit.

They invited study participants — 79 young adults from the Durham-Chapel Hill area — to fast for 4 hours beforehand, so they arrived hungry.

First, study participants chose between indulgent foods (tasty but not healthy) and disciplined foods (healthy but not tasty). When given a simple one-to-one choice, say between canned salmon and Oreo cookies, nearly all subjects preferred the indulgent snack.

But researchers then took the same options and paired each with an indulgent food. For instance, participants saw salmon paired with Oreos, and Snickers paired with Oreos. Participants were told they had a 50 percent chance of getting either item in a pair.

When presented with that choice, participants were twice as likely to choose the pair that included a healthy option, such as salmon and Oreos.

One possible explanation involves attention. The healthy item — salmon, say — was the different item among the choices, so it stood out visually. Researchers tracked subjects’ eye movements and found that subjects spent more time looking at salmon and other healthy foods when they were surrounded by indulgent treats.

The results could have implications for the nation’s ongoing battle with obesity.

For instance, in many neighborhoods, healthy food is hard to come by. These “food deserts,” where junk food and fast food abound while fresh produce and healthy protein sources are scarce, cover large areas of the country. Yet simply adding healthy choices, such as by adding a small produce section to a corner store, typically hasn’t worked, said study coauthor Nicolette Sullivan, a postdoctoral associate in psychology at Duke.

The new research suggests part of the problem in that approach may be how food is displayed, Sullivan said.

“When people see a wall of cabbage and broccoli, that may not encourage people to choose it,” Sullivan said.

“Right now, food items are very segregated: here’s the produce, here are the candy bars,” she said. “Yet maybe if we put something healthy in the middle of the snack food section, perhaps that might encourage people to choose it.”

She hopes the research can guide new approaches to encouraging healthier diets.

“Individuals struggle with making healthy choices,” Sullivan said. “if we can change the set of foods people are choosing between, people may make healthier choices. And that could have a profound impact.”

All data and materials have been made publicly available via the Open Science Framework. This article has received the badges for Open Data and Open Materials.

This is a great article applicable to today’s circumstance 🙂 The passage referring to geographics and healthy food displays is rather true. It is also something that is instilled at child-rearing ages; if particular foods are exposed at these ages, it is something that is recognized, even if it is not liked immediately. Adults may exemplify by cooking with healthy foods, eating them themselves and offering them. The more often we see these foods, the more likely we are to incorporate at some point, beginning at younger ages- power of habit.

Not every demographic has access to healthy food nor is it always affordable….Poverty and diet are interlinked detrimental with long term academic/social consequences.