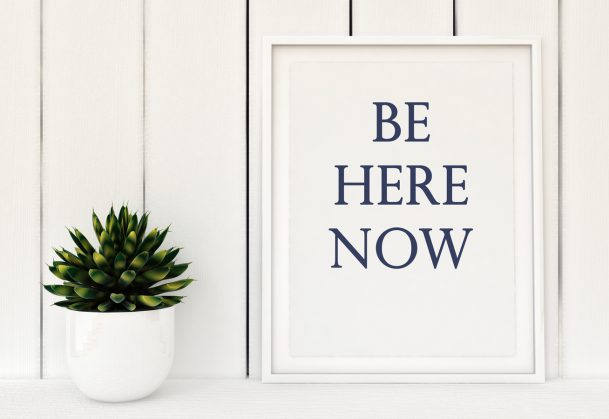 Every year, millions of college and graduate-school applicants take standardized tests, such as the SAT and GRE. The tests supposedly provide a way to gauge students’ cognitive abilities and predict how they’ll perform in school and, eventually, the workplace.

A multibillion-dollar test-prep industry has emerged out of the idea that boosting performance on these tests is possible, but it’s unclear whether this boost reflects improvements in more fundamental cognitive abilities.

Psychological scientist Michael Mrazek of the University of California, Santa Barbara wondered whether targeting mind wandering could be a way to improve performance on tests like the GRE:

“Despite the wide recognition that mind wandering is a pervasive and often disruptive influence in our lives, almost no research has established effective strategies for reducing mind wandering.  We set out to find ways to reduce mind wandering and thereby improve performance within educational contexts,” says Mrazek, a graduate student in the lab of UCSB professor of psychology Jonathan Schooler.

We all mind-wander in our daily lives — our attention strays and suddenly we’re thinking about everything but the task at hand. While some mind wandering is normal, it can have negative consequences for our ability to perform cognitive tasks; mind wandering has been linked with impairments in working memory capacity, fluid intelligence, and SAT performance.

But recent research suggests that practicing mindfulness may help to ward off these negative effects.

With this in mind, Mrazek, Schooler, and colleagues wanted to investigate whether cognitive abilities that have historically been considered fixed — such as working memory capacity — might actually be improvable through mindfulness training.

The researchers randomly assigned 48 college students to a mindfulness class or a nutrition class. The classes met for 45 minutes, four times per week, over two weeks and were taught by professionals with extensive experience in their respective fields.

The mindfulness class emphasized physical and mental strategies that help people to maintain focus on the present moment, in the face of interrupting thoughts and perceptions. The students were required to integrate mindfulness into their daily activities over the two-week session. The nutrition class covered fundamental topics in nutrition science and emphasized strategies for healthy eating. Students were asked to log daily food intake, but were not required to make any dietary changes.

Participants completed a working memory capacity task and the verbal reasoning section of the GRE (modified to exclude vocabulary-related questions) in the week before the class started and again in the week after the class ended.

The results were clear: Participants who received mindfulness training showed improved accuracy on the GRE and higher working memory capacity, compared to those who received instruction in nutrition. Analyses indicated that the improvement could be explained, at least in part, by reduced mind wandering during the task.

The researchers estimated that mindfulness training resulted in the equivalent of a 16 percentile-point boost on the GRE, on average.

Mrazek and colleagues were surprised by the clarity of the results.

“Even with a rigorous design and effective training program, it wouldn’t be unusual to find mixed results,” Mrazek says. “But we found reduced mind-wandering in every way we measured it and improved performance on both reading comprehension and working memory capacity.”

Taken together, the findings provide considerable evidence that even a brief mindfulness training program can help people to reign in their wandering minds and, in doing so, improve fundamental cognitive abilities.

Mrazek and colleagues are continuing this research to find out how far this effect might extend. They’re conducting similar studies in K-12 schools to see whether improvements in attention and performance can be achieved by school-age children. They’re also investigating whether web-based mindfulness interventions, which are accessible to a much broader population, could be an effective vehicle for enhancing cognitive performance on a bigger scale. And they’re examining whether the benefits can be further enhanced by teaching mindfulness as part of a more holistic program that targets nutrition, exercise, sleep, and personal relationships.

In addition to Mrazek and Schooler, co-authors on the study include Michael S. Franklin, Dawa Tarchin Phillips, and Benjamin Baird of the University of California, Santa Barbara.

The research was supported by U.S. Department of Education Grant R305A110277 and a National Science Foundation Graduate Research Fellowship under Grant DGE-0707430.