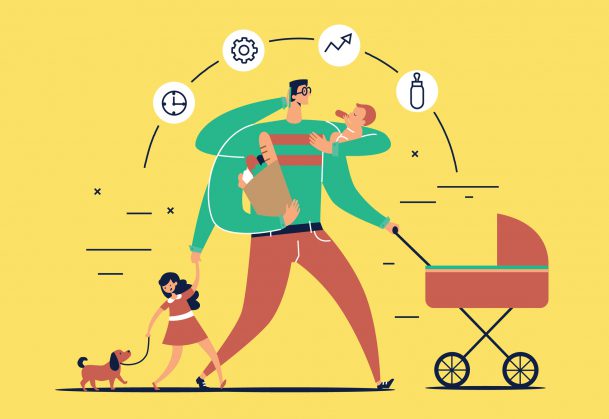 If you are an employer or supervisor looking for ways to keep your employees happy, respecting and supporting their time outside of work is a good place to start. Turns out, it may improve your job satisfaction, too.

Flexible work arrangements are a perk that, according to some recent research, workers have come to expect from their employers. It’s easy to see how lack of support for family life at work might decrease employee satisfaction and well-being. But can restrictions on work-life balance comes back to hurt supervisors, as well? Researchers led by Benjamin M. Walsh at the University of Illinois at Springfield have found that workers are likely to ignore and ostracize bosses who aren’t family-supportive. According to their research, freezing out a boss in this way may cause supervisors stress and decrease their overall well-being.

The authors recommend supervisors increase their flexibility and talk openly with workers about family obligations. They also note that supervisors can lead by example (a boss that leaves the office at 5 o’clock sends a message to their workers about what they value, after all). They point out that rules about leaving work early, taking vacation on short notice, or creating flexible work schedules are often baked into the organization and recommend that whole companies examine their rules and culture to encourage a balance between work and family.

Most of the research into work-life balance has examined its effects on workers. In a 2001 Current Directions in Psychological Science review article, Pamela Perrewé and Wayne Hochwater come to the conclusion that work-life conflicts cause so much stress in workers’ lives because they make it tougher to achieve goals both at work and at home.

Other behavioral scientists have studied interpersonal friction between bosses and coworkers. However they usually looked at active forms of supervisor maltreatment, like yelling at workers, and active forms of employee retribution, like gossip or intentional work slowdowns. Walsh and his colleagues’ study is one of the first to look at two relatively passive forms of work conflict — supervisors dismissing their employees’ family obligations and workers ostracizing their bosses in response. This study is also unique in that it examined the effects of work conflict on supervisors. Some researchers in the past assumed bosses would be immune to the ill effects of office conflict because of the power dynamics of employees and their managers.

Walsh’s team started their work with a small-scale pilot study online, asking 242 workers if they had experienced low-level family support at work in the past month, and if they had cold-shouldered their bosses in the same time period. This study showed a correlation between lack of family support and supervisor ostracism.

After the pilot study, 172 new online participants read hypothetical situations about workers and a fictional supervisor, Patrick. In these scenarios, Patrick acted highly supportive, neutral, or not supportive of work-family balance. The respondents rated how well they thought Patrick handled the situation in question, then rated the extent they would ignore Patrick, avoid him in the office, or fail to invite him to after-work gatherings. As expected, when participants read that Patrick provided low support for workers’ family lives, they were more likely to say they would give him the cold shoulder. Furthermore, they were more likely to ostracize Patrick when he gave neutral family support than when he was highly supportive of employees.

In a third study, the researchers surveyed 137 school principals and 1,269 teachers whom they supervised. The scientists measured teacher-reported family support in the last month with ratings on statements like “My principal is willing to listen to my problems in juggling work and non-work life.” They asked principals if they had felt ostracized by employees in the last month and questioned them about their stress levels and well-being in the same time period. The results showed that teacher-reported lack of support lined up with principal-reported ostracism, and that feeling ignored had a small effect on principal well-being.

Conducting three different types of studies (a correlation study with general workers, a hypothetical experiment study, and a targeted questionnaire with teachers and their bosses) allowed Walsh and his team to test their hypothesis in a few ways. The fact that all three had consistent results supported their theory, they said, than if they had only conducted one study or the same type of study three times.

That was an exceptional read with valid points to consider. Being a family man myself I understand the need for there to be a healthy balance when it comes to family and work life balance, Although all involved with company life have also the need to understand that business waits for no man or woman. Fair but firm guidelines do need to exist for a company to prospure. I’m a firm believer in good communication understanding when needed and for principals an teachers to be firm but fair when called for.

A study shows how much people criticize their employers and colleagues on social media, and what consequences they face when they do so. More