The APS Board of Directors is pleased to announce the 2012 recipients of the APS Janet Taylor Spence Award for Transformative Early Career Contributions, in recognition of the significant impact their work is having in the field of psychological science. The award recognizes the creativity and innovative work of promising More 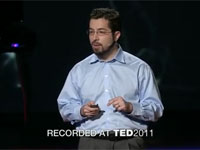 It sounds like a science fiction movie: Scientists integrate the photoreceptive properties of light-sensitive algae into rat neurons. The result? A rat whose brain can be controlled by light. As crazy as it seems, this isn’t science fiction: The field of optogenetics is scientific reality. In a May 2011 talk More

How can I be so confused by a simple distinction like the difference between basic and applied research? I did an initial draft of a column on this topic months ago, and honestly, it was mostly gibberish. In his 1997 book, Pasteur’s Quadrant, Donald Stokes reviewed a good deal of More

In the January 2012 issue of Perspectives on Psychological Science, two articles were published in which the authors argued that the trend of increasingly shorter journal articles could have a negative impact on research efforts. Two of the authors, Marco Bertamini and Marcus Munafò, reiterated their arguments in an editorial More