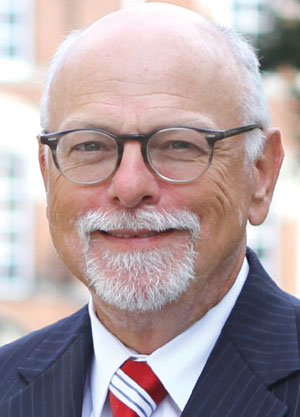 Serving as the chair or head of an academic department may very well be the most difficult and challenging job in university administration. At the same time, however, being a department chair or head can be incredibly rewarding and fulfilling. I know first-hand — I had the pleasure of serving as the Chair of the Department of Psychology at Indiana University for 9 years.

The challenges come from being at the interface of the faculty and the administration; the chair or head is on the “front lines” so to speak. In this position you hear the needs, concerns, and frustrations of the faculty and it’s your job to effectively communicate these messages to other administrators so that the faculty’s issues are addressed. 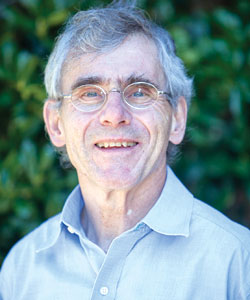 Neil E. Rowland (photo courtesy of the University of Florida)

Neil E. Rowland is Chair of the Department of Psychology at the University of Florida. I asked Neil about our current undergraduate students who major in psychology: “Why do we continue to see a steady growth of majors in psychology? What do we teach our students and what do they learn? What do all of these students do when they graduate?” Neil responded:

“At the University of Florida, like many institutions, psychology is the largest major, accounting for some 3 percent of undergraduates. This popularity may be because most prospective students are already fascinated or perplexed by their 17-plus years of observing human behavior and, at a certain level, are familiar with the subject matter. This stands in contrast to other STEM disciplines, the contents of which are usually far-removed from personal experience. By virtue of its use of scientific methodology, psychology is a STEM discipline. It is sometimes inferred that popular is synonymous with easy, a fundamentally flawed perception, but one that may also attract students to psychology.

It follows that psychologists have to be myth-busters. We need to fight the myth that we are not a rigorous STEM science, and we need to dispel the myths and popular preconceptions that our students bring to the classroom. We must resist the forces of grade inflation and ‘dumbing down’ so that our degree or product has and maintains the highest scientific validity.

What do our students learn? They have to become myth-busters, although our student learning outcome statements usually don’t say that in as many words! Ideally, they learn to challenge popular ideas and to be analytical via rigorous application of scientific method and critical thinking. They learn to view the world through objective rather than subjective eyes. Chronic under-resourcing of higher education in general and of psychology departments in particular is a real obstacle to reaching this ideal for all of our students in all of their courses.

What jobs do our students find? Psychologists can be found in just about all walks of life, especially those that require interpersonal skills, and including broad employment categories of education, business, and medicine. The critical thinking skills intrinsic to a psychology degree transcend the specific content by generalizing to just about every walk of life. It has been suggested that most of the woes of the world (warming, terrorism, etc.) are products of ‘low dimensional thinking.’ For example, the urgent goal of global sustainability and its sub-problems will involve coming to grips with our cognitive limitations or proclivity to simplify, to apply multi-dimensional objective thinking to the issues, and to engineer large-scale change. Psychologists are the behavioral experts uniquely qualified to meet these challenges of the 21st century.”

Until very recently, Janet B. Ruscher chaired the psychology department at Tulane University. She recently took the position of Associate Dean for Graduate Programs in Tulane’s School of Science and Engineering. I asked Janet: “What major challenges face a psychology department chair or head these days?” Janet responded:

“As a liberal arts colleague was lamenting her ‘large’ class of 30 students, one of my psychology colleagues resisted the urge to roll his eyes. In addition to attracting large numbers of majors and minors, psychology electives consistently are over-enrolled, which in turn exacerbates demand for letters of reference. The attractiveness of our subject matter, like the continued demand for extramural funding, is nothing new and, in point of fact, is taken for granted as fact of life for the academic psychologist.

But if one asks a psychology colleague what occupied her week, one hears not only about these obvious responsibilities but also about the nearly invisible — and certainly under-acknowledged — activities that cumulatively devour an academic psychologist’s time. Colleagues outside our discipline ask for statistical advice, beg for strategies to tackle the program evaluation portion of their grant proposals, and invite us to comment on their STEM initiatives. Concurrently, institutional demand exponentially has increased for psychology to contribute to — and indeed play a leadership role in — service learning and internships, coverage of behavioral medicine to address the new MCAT, and both new and classic interdisciplinary initiatives such as social entrepreneurship and neuroscience.

Personally, I would not trade the chaos of relevance for the tranquility of the inconsequential. But as a former chair and current graduate programs dean, I struggle with how these activities are (or are not) recognized at individual (e.g., tenure, reduced course load) and organizational (e.g., faculty and staff budget lines) levels. It is easy to demonstrate the bargain of $4,000–$5,000 for an adjunct instructor to teach 120 introductory psychology students. But it is a challenge to show that N publications in other sciences and several NIH proposals submitted by one’s medical college avoided triage because your psychology colleagues provided a ‘few-minutes-of-your-time’ statistical and design advice.

These contributions to the university are akin to dark matter in the universe: critical to structure and function but overlooked, underestimated, and even doubted by current measurement standards. Our major challenge is to be certain that our relevance — in all of its forms — is measured and recognized.”

It is clear from both Neil’s and Janet’s responses that scientific psychologists at our institutions of higher education make a significant impact on the life of those institutions. They make enormous contributions to the education of students while at the same time contributing significantly to scientific discovery on some of society’s most important and vexing problems. As Janet pointed out, they provide outreach and service to the institution as well as to the general public. And, as Neil observed, students continue to be fascinated with our subject matter; our subject matter is incredibly fascinating as well as incredibly personal. We should not be surprised by the fact that psychology continues to be enormously popular — we were budding students of the discipline at some point in the past. We all became fascinated with this field some years back and, in fact, have become lifelong students of the science of psychology as a result.

Joseph E. Steinmetz is Executive Dean and Vice Provost of Arts and Sciences and a professor of psychology and neuroscience at The Ohio State University. He can be reached at jsteinmetz@psychologicalscience.org

Neil E. Rowland is professor of psychology and Chair of the Department of Psychology at the University of Florida. His research interests include the neurobiology of ingestive and addictive behaviors. He can be reached at nrowland@ufl.edu

Janet B. Ruscher served as Chair of the Department of Psychology at Tulane University for 9 years before accepting a position as Associate Dean for Graduate Programs in Tulane’s School of Science and Engineering. Her research lies at the interface of social cognition, prejudice, and language. She can be contacted at ruscher@tulane.edu