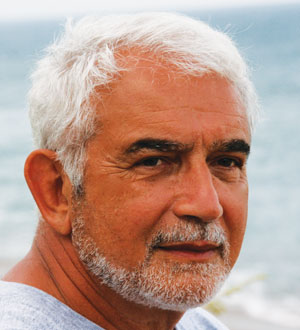 The divine architect who laid the grounds of psychology departments in Europe must have cherished diversity and condemned anybody who, per chance, was commissioned to describe them in 1000 words. So, whatever comes next will fail to capture this complexity — yet this is my mission and act of self-flagellation.

Let me start with the most obvious distinction between universities in the Old and New Worlds.

From the beginning, universities in the Old (Western) World, starting with the University of Bologna in 1088, were designed for teaching and research as joint activities expected of scholars. You learned, you knew, you practiced, and you taught. That is the pattern that was replicated in diverse forms to support the existence of universities — a service that was supported by institutions such as the church or currently the state.

And so, what about the New World? Here is the counterexample: Harvard, the oldest institution of higher learning in the US, was established in 1636 by the Massachusetts legislature and is a private Ivy League research university. Further, Harvard University has the largest financial endowment of any academic institution in the world, standing at $32 billion as of September 2011, with tuition fees of $36,305 in 2012.

The important difference between these two examples is not the 600 or so years that separate the establishment of the two institutions. The difference is in the political visions that shaped their foundation. The prominent vision in Europe was protection and promotion of the economic and social well-being of citizens and the protection of equality of opportunity and equitable distribution of wealth, education, and related ideals. This obviously includes free access to public education in Europe, where tuition fees are very low (with the exception of the UK) or symbolic. It is against this background that the structure of psychology departments in Europe must be understood. To repeat what I noted in the beginning of this piece: what I present is obviously a brief and oversimplified overview of the scene on this side of the Pond.

With very few exceptions (very recent ones), most, if not all, universities in Europe are public universities and are not familiar with the notion of “endowment” (excepting some British universities like Oxford and Cambridge). Indeed, if one were to look at the different university league tables, [1] one would note that many of the universities that occupy the very top positions are universities that have extraordinary incomes from endowments. These are also the top research universities. No Continental university will be found among the top ten.

There is another self-perpetuating element to this dichotomy between Ivy League and public service universities. In general, public universities in Europe cannot select students. Even when there is a numerus clausus (limit on the number of students) for specific subjects (and in Europe psychology often has a numerus clausus because it is very popular), the large majority of students who finish high school and wish to continue their studies are granted access. Moreover, in the case of numerus clausus, the selection process may be based on a lottery, and this is not, strictly speaking, based on grades as is the case in some European countries. In contrast, without such public service constraints, Ivy League universities can carefully select their students: Those who are the top of the class, and those who are good and whose parents can afford it.

One implication of the vision that European universities are first and foremost for public education is to be seen in the structure of psychology departments. Take for instance the case of Germany. The composition of staff in psychology departments reflects the National Psychology Curriculum for the first two degrees. There is a chair for each discipline of psychology (experimental, developmental, social, biological, clinical, etc.) as prescribed in the National Curriculum, but this structure has not been congenial to developing a critical mass in one particular research area or another. In The Netherlands, there is a department for each discipline, on occasion with an entire Faculty of Psychology, or departments within a Faculty of Behavioral or Social and Behavioral Sciences. This gives rise to “disciplinary high density,” with permanent staff in each of the different psychology disciplines having numerous permanent positions.

The degree structure and requirements reveal a kaleidoscopic complexity across the different European countries. That is until 1988, the 900th anniversary of the University of Bologna, when we saw the beginnings of a major initiative, as articulated in the Magna Charta Universitatum — namely a declaration intended to “harmonize the architecture of the European Higher Education system.” This was the precursor of the “Bologna Process,” a series of ministerial meetings among European countries aimed at ensuring comparability in the standards and quality of higher education programs. The Bologna Process is not an initiative of the European Union, as is wrongly assumed by some, and has a much broader membership (47 participating countries). Chief among the objectives was facilitating mobility within the European Higher Education Area in order to enhance further studies and also employment, making European higher education more attractive to a broader range of non-European countries, developing a cutting-edge European Research Area, inter alia. ERASMUS [2] and other similar programs generously subsidize inter-European staff and student exchanges.

The most important immediate implication of this process was the basic framework adopted for a higher education qualification, namely a 3-year bachelors degree followed by a 1- or 2-year masters degree and a 3-year PhD. Notably, the framework has more affinity with the North American and Japanese systems and is intended to furnish more practical training and intensive research projects. The implementation of this framework has varied considerably among the different countries involved in the Bologna Process. Nevertheless, for the purposes of this column, it has meant considerable simplification of the complexities that typified psychology education in Europe.

A parallel development that has emerged over the recent past is research support (for psychology, inter alia) involving centralized funds by, for instance, the European Research Council. The evolving aim is to fund outstanding scientists in all fields and across different stages of their careers. Simultaneously, there has been growing realization that the future for Europe is not in manufacturing but a knowledge society. This has led some European states to invest in research in a concentrated way. An example is the “Excellence Initiative” in Germany. As I mentioned earlier on, German universities, as with most universities in Europe, are public and therefore supported mainly by taxes. Germany does not have Ivy League universities that rely on substantial endowments. However, the Federal Ministry of Education and Research through the German Research Foundation (DFG) started a €5 billion initiative in 2006 that is designed to selectively fund graduate schools, centers of excellence, and universities until 2017. Psychology is represented in a number of these. Moreover, psychology departments in a number of universities have profited as a consequence.

Sketching the fabric of psychology departments in Europe remains an impossible task, so I have attempted to “etch a crude sketch” — and despite that, I have just exceeded my word limit, hopefully by not by too much. Yet, in the end I must admit defeat — there is no way I can do justice to their intricate and wonderful complexity.

[1] Independent international rankings of universities such as the recent THE (Times Higher Education) rankings. Return to text

What an interesting article! The UK used to be fully European in the sense described, and student fees are a recent introduction. Whether the relatively successful international performance of British universities can survive this, in the long run, without substantial endowments, remains to be seen. None of the UK political partties supports anything like the admirable and highly effective German excellence initiative.

Gün R. Semin is APS Secretary and holds appointments at Utrecht University, The Netherlands, and Koç University, Turkey. His general research interests center on socially situated cognition, language, and communication. He can be reached at G.R.Semin@uu.nl.