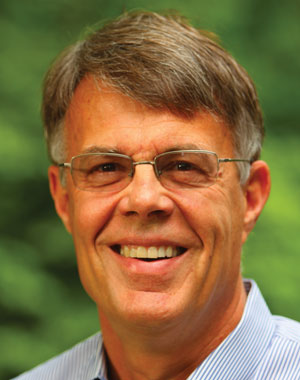 Editing Psychological Science is a uniquely challenging and rewarding editorial gig. My predecessor, James Cutting, likened the experience to riding a thoroughbred race horse, “You hold on with all your might for some equilibrium, go as fast as you can, your pulse races, you don’t chance to look back and rarely to the side, and the felt rewards are great” (2007, p. 1). This metaphor captures much of my editorial experience at Psychological Science, as do two others. On the one hand, serving as editor of Psychological Science was like being on a treadmill that’s constantly accelerating (e.g., the journal received a new submission every 5 hours and 40 minutes in 2007, and  by 2011, there was a new submission every 3 hours and 12 minutes). On the other hand, the editorship was like being in the control room of Abbey Road studios in the 1960s in that it provided a first glimpse of some of the most creative and exciting work in our field.

Now that Eric Eich has hopped on the treadmill (and inherited the view from the control room), it’s a good time to reflect on the experience, passing along some advice to prospective authors, noting some accomplishments, and thanking the many folks who make Psychological Science work.

At meetings and via email, authors often asked me, “What sort of paper is a good candidate for Psychological Science?” My usual reply was to quote from the Contributor FAQ on the journal website, which says, “We hope to publish manuscripts that are innovative and ground-breaking and that address issues likely to interest a wide range of scientists in the field.” And when feeling particularly candid, I might say that the ideal Psychological Science manuscript is difficult to define, but easily recognized — the topic is fundamental to the field, the design is elegant, and the findings are breathtaking.

Potential authors also wondered why papers are declined without full review (i.e., “triaged,” reflecting a policy to devote most editorial resources to papers that were considered stronger candidates for publication). That was an easier question to answer: Given the volume of papers that fell in this category (more than 6,000 submissions over 5 years), a few prototypes emerged. We even gave them names (which reflected the age of the editorial staff):

The Pink Floyd Rejection: Most triaged papers were of this type; they reported work that was well done and useful, but not sufficiently groundbreaking. So the findings represented just another brick in the wall of science.

The Peter, Paul, and Mary Rejection: Some triaged manuscripts seemed motivated primarily by an author in love with a new tool — a method or piece of equipment — rather than by an issue of consequence for psychological science. These papers seemed to be what an author did if I had a [fun, new] hammer.

The Ramsey Lewis Trio Rejection: Other triaged manuscripts were thought to be of interest to specialists, but had relatively little appeal to general readers. In other words, these papers were oriented exclusively to the in crowd.

Collectively, these three prototypes probably accounted for 95 percent of all triage decisions. I advised authors to ask their colleagues to judge whether they heard any of these tunes while reading a paper; if so, then the manuscript was probably a better candidate for a specialty journal than for Psychological Science.

Accomplishments of the Past Five Years 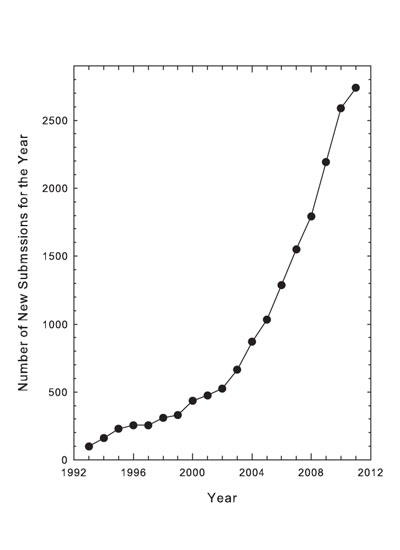 Looking back at 5 years of editorial work, three accomplishments seem noteworthy. First, as shown in Figure 1, submissions increased steadily, reaching levels never achieved previously by any journal in the field. Despite the onslaught of submissions, authors received consistently prompt reviews. Initial evaluation of manuscripts was routinely completed in less than one week, and full review was typically completed in less than 2 months (the medians for 2011 were 5 and 49 days, respectively).

Second, December 2008 marked the appearance of This Week in Psychological Science (TWiPS), the weekly email digest of articles to appear in Psychological Science. TWiPS gets consistently high marks from APS members because it allows them to keep track of the latest developments in the field and to incorporate findings into their teaching.

In 2006, APS changed its name to better reflect the international nature of the organization’s mission and membership. Consistent with that change, one of my goals was to increase international participation at Psychological Science. I recruited an international editorial staff (e.g., over 5 years, 13 of 25 Associate Editors were from outside the United States) and made presentations about the journal to audiences in Europe, Africa, and Asia. Figure 2 shows growth in international participation. The percentage of submissions by non-US authors increased steadily, as did the number of countries from which submissions are received. However, there is still room for improvement: A substantial majority of submissions comes from just five countries: Canada, Germany, The Netherlands, the United Kingdom, and the United States (a pattern also evident during Cutting’s editorship).

One of the best parts of editing Psychological Science is the opportunity to work daily with some of the most talented and dedicated scientists in the field. An outstanding group of editors handled the lion’s share of manuscript evaluation with efficiency and diplomacy. Their commitment to the journal was extraordinary. I’m particularly grateful to Associate Editors Charles Hulme, Martin Pickering, and Philippe Schyns for serving the full 5-year term, to Ralph Adolphs for serving as the inaugural Deputy Editor, and to Eric Eich for taking on the editorship and making the transition seem easy. Staff at 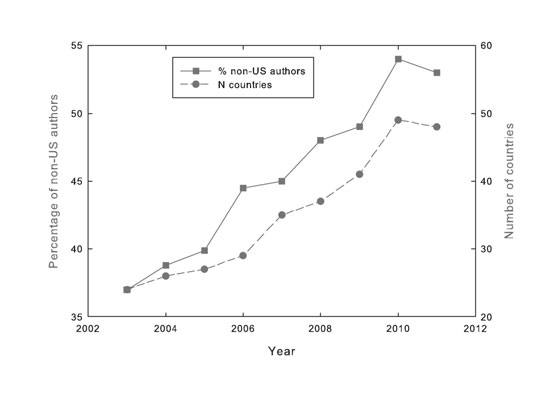 APS and SAGE — directed by Managing Editor Michele Nathan — kept the editorial wheels turning smoothly and did an exceptional job of transforming accepted manuscripts into articles that were accessible, engaging, and visually appealing. Many thanks to these individuals for their efforts to make Psychological Science #1. And special thanks to Alan Kraut, Sarah Brookhart, Aime Ballard-Wood, and Roddy Roediger for sharing their contagious enthusiasm for Psychological Science, and for providing sage advice and unwavering support.

was Editor of Psychological Science from 2007 to 2012. He is distinguished professor of psychological sciences at Purdue University. His scientific interests revolve around cognitive development, especially understanding why cognitive processes become faster during childhood and adolescence. He recently authored a textbook called Children and Their Development (6th ed., Pearson), and he is the incoming editor of Child Development Perspectives. Kail can be reached at rkail@purdue.edu.