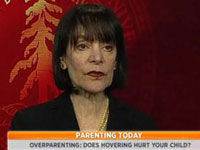 “Helicopter parent” is a 21st century term for parents that “hover” over their children, monitoring and micromanaging their every move. Although parents may find this hard to do, research shows that giving kids space may better motivate them. According to APS Fellow Carol Dweck, a psychological scientist at Stanford University More

I remember standing in the mailroom of the psychology department at Indiana University about 25 years ago, opening an envelope and then reading a letter that described a new organization  to promote the science of psychology. An application for membership was included in the letter, which I dutifully filled out More

APS Board Member Lisa Feldman Barrett was recently elected to the Royal Society of Canada (RSC): The Academies of Arts, Humanities, and Sciences of Canada. Barrett, who is a Distinguished Professor of Psychology at Northeastern University, received her PhD from the University of Waterloo. Her laboratory, the Interdisciplinary Affective Science More

The 55th Tagung experimentell arbeitender Psychologen (Conference of Experimental Psychologists) will be held March 24-27, 2013 at the University of Vienna, Austria. For the second time the official language of the TeaP will be English (but talks/abstracts can be either in English or German). Contributions from all fields of experimental More

Los Angeles Times: Sometimes as I decide what kind of papers to assign to my students, I worry about essay mills, companies whose sole purpose is to generate essays for high school and college students (in exchange for a fee, of course). The mills claim that the papers are meant More