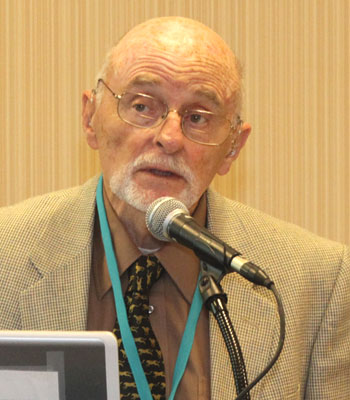 Improving intelligence has preoccupied society since French psychologist Alfred Binet devised the first IQ test. Since then, the notion that intelligence can be calibrated has opened new avenues into figuring out how it can also be increased.
Psychological scientists have been on the front lines of modifying intelligence. So much intelligence is genetically determined, it is, to a large extent, hereditary. But there are still some areas in which it can be malleable.
Intelligence is generally divided into two categories: fluid intelligence and crystallized intelligence. Fluid intelligence is the ability to reason in an abstract way and solve problems. Someone who can come up with dozens of new uses for, say, a toothbrush would demonstrate superior fluid intelligence. And this is exactly the kind of intelligence that tends to diminish as we grow older. The acquisition of intellectual skills, or the ability to read and comprehend, is known as crystallized intelligence, and this form tends to improve as we age.
Researchers discussed two approaches to improving intelligence: one that involved cognitive training and another that focused on pharmacological interventions. In a review of the attempts to improve intelligence, researchers found that 40 to 60 percent of those attempts were not successful.
What this meant, however, was that there were still 40 to 60 percent of approaches that actually worked. Most recently, computerized cognitive training designed to improve attention, working memory, and executive control has shown enormous promise in improving performance, especially in fluid intelligence.
Intelligence cannot be increased by taking a pill, but potentially it can be improved. The question from a pharmacological perspective is what biological systems need to be targeted to improve intelligence at different ages. Some stimulant medications enhance basic reaction time and processing time, but not memory or higher order tasks. On the other hand, the herbs ginko biloba, ginseng, and an Indian herb known as brhami have demonstrated some capacity to improve working memory.
In the end, the next great advance in measuring intelligence will be to measure it outside of the laboratory. Life is an intelligence test, and the challenge is how it can be scored.

Dear Sir/Madam
Improving intelligence is an excting topic especially when discussed by greate psychological scientists like Earl Hunt and the others mentioned at the foot of the text published in the observer magazine july/august 2013.
“So much intelligence is genetically determined, it is, to a large extent hereditary” the magazine saied.In the last decade of the twentieth century an extreamly marblous effort have been paied for cloning of genes in the US, in which no gene was identified to be responsible for intelligence.This gose with the new concept of intelligence, it is an out product of the brain resulting form interaction of many widespread areas in the brain most importantly, the Wernicke’s area, the frontal lobe, the parietal lobe, cerebral cortex, and the thalamus.Improving these areas individually or collectively will “for sure” improve cognitive performance, this is together with the effects of the environment what we call as the “Biological-Environmental hypotheses of intelligence”.

WHAT IS A CRIMINAL IQ SCORE RANGE?