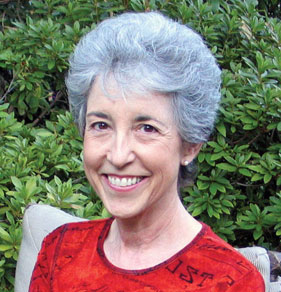 Carol Tavris earned her PhD in social psychology at the University of Michigan. In her career as a writer and lecturer, she has sought to educate the public about the important contributions of psychological science and to explain how pseudoscience can lead us astray at best and, at worst, cause enormous personal and social harm. (She admits this is an uphill battle.) Her latest book, with Elliot Aronson, is Mistakes Were Made (But Not by Me): Why We Justify Foolish Beliefs, Bad Decisions, and Hurtful Acts, has been translated into 11 languages. Her other best-known books include Anger: The Misunderstood Emotion; The Mismeasure of Woman: Why Women are Not the Better Sex, the Inferior Sex, or the Opposite Sex; and, with Carole Wade, two textbooks in introductory psychology. She has written hundreds of articles, essays, and book reviews on topics in psychological science for a wide array of publications; many of these have been recently collected in Psychobabble and Biobunk: Using Psychological Science to Think Critically about Popular Psychology. She is an APS Fellow and Charter Member and serves on the editorial board of Psychological Science in the Public Interest.

I am Susan B. Park from the Philippines. I am currently having my Master’s Degree studies at the University of Southern Philippines Foundation. I am searching for a book about psychology and I found your book “The Mismeasure of Woman” very interesting.

I love reading your book, I found it very interesting. Especially about knowing that man and woman differ in many important psychological ways. I also watched your videos of your other books and your podcast. I love your voice, your natural ways of making the crowd laugh.

You inspired me and the world.I hope you will continue to inspire us through your work.

Carol, I hope this gets to you. My parents, Simson and Eva Marcus, were good friends of your mother through their activities in the Los Angeles chapter of ACLU. I believe I actually met you sometime while I was at Fairfax High School (class of ’58), but you were several years younger and would probably not remember me. I learned today of your petition for changing the name of our alma mater, and I think it is high time that it should happen. The historical information about the original name of Fairfax Avenue and of the school itself was all new to me and to the residue of high school friends with whom I am still close. I notice from your Wikipedia entry that you have published in an area that I worked in during my career, which was menopausal hormone replacement. I was the PI for Stanford’s center in the Post-Menopausl Estrogen and Progestin Replacement Study (PEPI) during the 1980s and ’90s……in any event, I thought it would be nice to make contact and say hello.
Stay well, Robert Marcus marcuse@stanford.edu