The 2015–2016 James McKeen Cattell Fund Fellowships have been awarded to Peter C. Gordon, Lori Holt, and Greg Hajcak Proudfit. Presented in partnership with APS, the Fellowships allow recipients to extend their sabbatical periods from one semester to a full year. Cattell, an important figure in American psychology, established the fund in 1942 by donating a majority of his holdings in the Psychological Corporation to create a fund in his name. The Fund’s core objective was to support scientific research and disseminate knowledge that would advance the development of psychological science and its functional applications. In 1974, a set of supplementary sabbatical awards was created from this fund. Fellowships are awarded annually to North American university faculty committed to developing scientific research in psychology and its applications to improving human welfare. 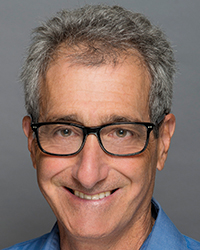 Researchers in fields such as electrical engineering and computer science frequently use computer modeling and pattern recognition to glean useful information from data. APS Fellow Peter C. Gordon will take steps to incorporate these computer modeling methods into his psychological research during a sabbatical funded by the James McKeen Cattell Fund.

Gordon uses eyetracking technology and EEG to study reading and language processing. He also is interested in how people harness memory to understand complex sentences and how language processing coordinates with memory, perception, attention, and motor control.

During his sabbatical, Gordon will study predictors of children’s literacy skills in Shrikanth Narayanan’s Signal Analysis and Interpretation Lab in the department of Electrical Engineering at the University of Southern California. Specifically, he will work to develop computational models and data-analytic methods to measure individual differences in reading. He also will use these methods to study the documented connection between literacy skills and tasks that require rapid vocal responses to a series of items. Gordon also plans to collaborate with APS Fellow Keith Holyoak of the University of California, Los Angeles, during his sabbatical.

The sabbatical, Gordon says, is “designed to allow me to incorporate new tools that will increase the applied impact of my research.”

“These methods,” he adds, “are particularly valuable in understanding the cognitive processes that underlie the kinds of complex, real-world activities that are of central concern in efforts to understand the nature of cognitive and linguistic impairments.” 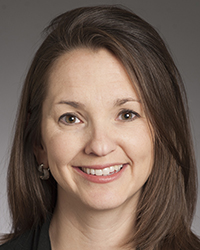 APS Fellow Lori Holt started graduate school before the term “auditory cognitive neuroscience” had been coined. Today, Holt is one of a growing number of researchers who study cognitive aspects of auditory processing. From the speech we hear, Holt says, we receive information related to the speaker’s location, gender, accent, age, and emotions.

Holt strives to understand the cognitive processes that underlie verbal communication. One of her current projects focuses on how people learn a second language, including how knowledge of one’s native language affects the process of learning a new language. She also investigates how we “tune” hearing processes to our environments and how complex, preexisting knowledge influences the way we process speech. Holt’s work relies on eyetracking, EEG, and fMRI, but during her Cattell-Fund-supported sabbatical, she hopes to lay the groundwork for new experimental methods to study auditory cognitive processes.

“Our experimental approaches have yet to fully tap into the complexity of real-world perceptual processing,” Holt says. She plans to use her sabbatical “to cultivate collaborative networks, to develop new experimental approaches that incorporate real-world complexity, and to launch projects that actively define and tackle the next generation of research questions in auditory cognitive neuroscience.”

To work towards these goals, Holt hopes to produce an undergraduate auditory cognitive neuroscience textbook and an edited Handbook of Auditory Cognitive Neuroscience. 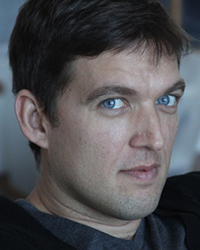 APS Fellow Greg Hajcak Proudfit wants to know what distinguishes people who suffer from anxiety, depression, and other mental health problems from those who don’t. Specifically, he is interested in what is different about their neural activity that reflects their cognitive and emotional processes, and which biomarkers may predict mental illnesses. Proudfit believes that threat and reward processing may contribute to anxiety disorders and depression, respectively, and he uses EEG, fMRI, and startle-reflex measures to study these reactions over the lifespan. His work on psychophysiological measures of affective-cognitive processes was recognized in 2012 with the APS Janet Taylor Spence Award for Transformative Early Career Contributions.
During a sabbatical funded by the James McKeen Cattell Fund, Proudfit will be setting up a psychophysiology laboratory at the Medical University of South Carolina’s National Crime Victims Research and Treatment Center. There, he will collaborate with Carla Kmett Danielson. “We will be examining neural and psychophysiological measures of threat and reward in the context of adolescent studies on interpersonal violence and the development of anxiety, depression, and substance use,” Proudfit says.

“This is a particularly exciting collaboration,” he continues, “as we will examine how exposure to traumatic events impacts neural development and trajectories of risk.”

Proudfit also will visit APS Fellow BJ Casey’s lab at the Sackler Institute for Developmental Psychobiology, where he will deepen his knowledge of adolescent brain development in humans and animals.