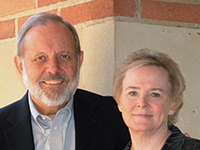 Past APS President Robert A. Bjork and APS Fellow Elizabeth L. Bjork of the University of California, Los Angeles, APS Fellow Stephen P. Hinshaw of the University of California, Berkeley, and APS Fellow Phoebe C. Ellsworth of the University of Michigan are receiving the James McKeen Cattell Fellow Award for their lifetime contributions to applied psychological research. At the 2016 APS Annual Convention, May 26–29 in Chicago, Illinois, the Bjorks will deliver their Award Address, “Making Things Hard on Yourself, But in a Good Way: Creating Desirable Difficulties to Enhance Learning.” Hinshaw will discuss “The Development of Psychopathology: Mechanisms, Stigma, and Hope,” and Ellsworth’s address will examine “Truth and Advocacy” — the challenges of doing scientifically valid research on controversial social issues. 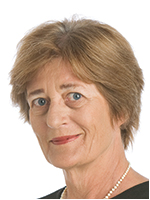 Robert and Elizabeth Bjork are known for their research on how people learn versus how they think they learn, especially their research on “desirable difficulties” — conditions that create challenges and appear to slow the rate of learning, but often enhance retention and transfer of knowledge and skills — such as spacing rather than massing study sessions; interleaving rather than blocking study of separate topics; varying how to-be-learned material is studied; and using self-testing and generation, even when doing so involves making errors.

Ellsworth studies psychology and law — specifically jury decision-making, public opinion on the death penalty, and eyewitness identification. Her work has illustrated, for example, that in the United States, jurors permitted to hear capital cases are more likely to convict defendants than are individuals who are ineligible to serve as jurors in capital cases because they have personal misgivings about the death penalty. Her work also suggests that asking eyewitnesses to affirm or deny seeing a single suspect does not result in more mistaken identifications than asking witnesses to pick suspects out of a lineup. 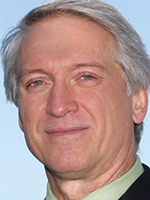 Hinshaw is a clinical psychologist whose research focuses on both developmental psychopathology and mental-illness stigma. He was one of the first researchers to focus on attention-deficit/hyperactivity disorder (ADHD) in girls. Originally, almost all ADHD research focused on boys; however, Hinshaw and his team have shown that girls diagnosed with ADHD are particularly vulnerable to self-harm by young adulthood — particularly in the context of maltreatment and peer rejection early in life. Hinshaw has studied many additional aspects of ADHD, including the use of clinical trials to examine moderating and mediating factors.

Some Cognitive Skills Are Easier to Train Later