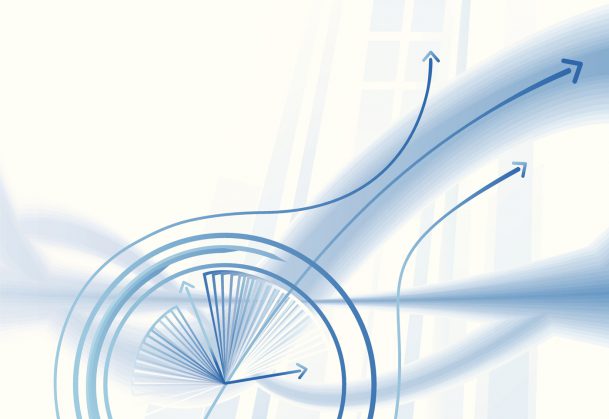 When considering all the ways smartphones have revolutionized our society, their impact on psychological research may not be at the top of most people’s lists. But the new ubiquity of handheld communications devices has granted researchers unprecedented access to their subjects. Longitudinal data collection that used to require hours of manpower, equipment, and logistical coordination now can occur almost instantly, from anywhere in the world, and at virtually any time. Behaviors that previously could be observed only in simulation are now measurable organically and in different real-life environmental contexts over time.

Eminent researchers in this burgeoning field of intensive longitudinal data came together for an Integrative Science Symposium at the inaugural International Convention of Psychological Science in Amsterdam, the Netherlands, to discuss the latest techniques and guidelines for employing these types of methods and to present some of the fascinating results emerging from their applications.

Previous research has focused on characteristics of a population rather than an individual, and variation within an individual over time generally was interpreted as error, symposium chair Ellen L. Hamaker of Utrecht University, the Netherlands, explained. She described the different approach taken by Raymond Cattell, who was among the first to use factor analysis to examine data taken at different time points from a single individual. By examining how a person varied over time in certain dimensions, Cattell believed, scientists could understand the underlying structure of an individual’s personality.

The Problem of Abundance

Researchers’ biggest problem in this field has quickly evolved from gathering sufficient amounts of data to being able to sift through and analyze it properly.

“The thing that we are facing now is we have all these new kinds of data, and they are extremely rich in terms of information, but now we have to find ways to uncover these hidden treasures,” Hamaker said.

APS Fellow Niall P. Bolger of Columbia University is a pioneer in the use of intensive longitudinal methods. He explained that an intensive longitudinal method is one with enough repeated measurements to model a distinct change process for each individual person. These can include data in the form of daily diary reports and ecological momentary assessments as well as physiological measures and brain imaging.

In many areas of psychology, Bolger argued, the size of causal effects varies from person to person, a phenomenon he calls heterogeneity. Therefore, what is in question is not the existence but rather the size of the heterogeneity. Yet modern approaches to causal inference claim that the best one can do is estimate causal effects for the average person. Bolger disagrees, arguing that by applying intensive longitudinal analysis methods to repeated-measures experimental data, researchers can directly estimate causal heterogeneity.

He highlighted the advantages of this approach by comparing it with a typical analysis approach to repeated-measures data: a repeated-measures analysis of variance (ANOVA). His example used participants’ reaction times when they were presented with a series of trait words (e.g., generous, kind, lazy, greedy) and had to classify each trait as to whether it did or did not apply to them. Participants reacted an average of 200 ms faster in response to positive traits than to negative traits. When the data were analyzed as one would analyze intensive longitudinal data, a direct investigation of between-subject heterogeneity was possible. In Bolger’s example, he found that 81% of subjects had faster responses to positive traits but that 19% showed the opposite effect, reacting faster to negative traits. This finding, large enough to be of substantive importance, could not have been detected using a standard repeated-measures ANOVA.

In a seminal 1991 essay, the late psychological scientist David Lykken pointed out a fundamental concern in clinical psychology: the possibility that people differ from each other not only in their behaviors and outcomes but also in the very structure of their personalities. Denny Borsboom, a psychology professor at the University of Amsterdam, the Netherlands, summarized the problem: “People may differ structurally from each other, and therefore cannot be understood in terms of the same theory, since theories are guesses about structure.”

If this is the case, Borsboom said, then “each of you is your own universe,” each governed by our own, slightly different natural laws. Fueled by this seemingly intractable problem, he has explored how this principle might affect our conception of psychopathology. He believes the disease model, in which mental disorders have a common etiology, is insufficient compared with a so-called “flocking” model, in which individual symptoms interact with each other to give rise to psychopathological phenotypes. It is the degree to which these symptoms arise and influence each other that varies among individuals, Borsboom said, and “you can think of disorders as clusters of symptoms that are influencing each other.”

In the past, it was prohibitive and impractical to collect data frequently enough to be able to make reliable conclusions about the structure of someone’s personality, but smartphones have enabled data to be collected from individuals on a more frequent basis and across multiple axes, including physiological, psychological, and environmental measures. By creating a multivariate time series for an individual, researchers can design a personal network for that person to map how the measures relate to each other.

Borsboom and colleagues have applied this methodology to elucidate the causal structure of individuals’ personality networks and in turn highlight potential intervention points and strategies.

“This gives you a sort of online generation tool, which generates a theory on the operational principles of the individual person,” he said. If psychological scientists can find the most connected nodes in the network, they can design intervention strategies that will target that area specifically and hopefully be more effective.

All in the Timing

Clearly, new technologies make ambulatory assessment or electronic diaries more available and accessible than ever before. But researchers must use these methods correctly in order for the data they generate to be truly valuable, said Ulrich Ebner-Priemer from the Karlsruhe Institute of Technology in Germany.

One of the most central aspects of human life is time. Not surprisingly, all psychological processes are time-dependent. Therefore, when assessing psychological processes, the timing of measurements is critical; a particular process that is affected by the time of day, such as tiredness, could appear stable when measured every 24 hours but can actually be seen modulating greatly when measured every hour, Ebner-Priemer said. This illuminates the need for a time-based design that fits the process of interest.

Ebner-Priemer provided examples of different time-based designs from his own research. These included:

Sometimes, this high-frequency design is necessary to illuminate otherwise hidden effects: For example, taking measurements every 15 minutes throughout a binging episode captured aspects of the psychological process that were missed when the subject was assessed before and after the episode only, as reported in a meta-analysis of ambulatory assessments in binge-eating disorders, Ebner-Priemer demonstrated.

Psychological researcher Marieke Wichers, of the Department of Psychiatry at the University of Groningen, the Netherlands, further highlighted the usefulness of data collection on a moment-to-moment level and of, as she put it, “zooming in.” She explained that because of the highly complex nature of our minds, psychopathologies are rarely as unambiguous as their descriptions in the American Psychiatric Association’s Diagnostic and Statistical Manual of Mental Disorders would indicate. Most people diagnosed with depression can at any given moment more accurately be put somewhere on a sliding scale of depressive symptoms rather than on one side of a simple “depressed/not depressed” binary.

“If you want to find the essence of depression,” Wichers said, “you may need to focus on much smaller entities of change than studying whether someone [has] a depressive episode or not.”

These smaller entities can be examined in relation to one another and at different times to form a kind of personalized network structure. For example, Wichers examined the link between negative affect and paranoia levels in a general population sample by isolating the biggest moment-to-moment increase in negative affect for each subject on each day that data was collected, then determining how the level of paranoia changed around this critical time.

Interestingly, childhood trauma and stress sensitivity — known risk factors for psychosis that the researchers measured — tended to predict higher amplitudes of paranoia associated with negative affect, and depressive symptoms were more closely related to the frequency of this symptom.

“It seems that risk factors [for depression] are related to these daily occurrences of how people deal with experiences such as a short increase in negative affect,” Wichers explained.

While vulnerability to disorders like depression is highly influenced by macrolevel factors such as genetics, personality, and exposure to trauma, these microlevel factors may mediate the relationships between these larger domains and the presence of psychopathology, Wichers believes. In a dynamical systems framework, the highly connected nature of our psychological structure ensures that even a small perturbation in our daily life has far-reaching ripple effects.

In fact, through her intensive data-collection methods, Wichers is able to construct personalized structures for individual subjects that map out which psychological factors are connected to each other and how strongly they are connected. Some areas of the network may have weak connections, so a disturbance in one factor may not have a large overall effect; in strongly connected regions, however, a change at one node can have significant and extensive cascading effects. By identifying strongly connected areas and those that have a greater impact on outcomes, Wichers hopes that these network structures can guide intervention strategies and entry points.

“I think it’s very important that we move to personalized networks,” she said, “because maybe we have to study each person separately to find everyone’s personal network and see if that can help us to estimate a person’s risk or points to intervene in the future.”

As researchers continue to develop and refine intensive longitudinal methodologies in light of the surfeit of data filling up servers all over the world, some see this as an exciting period in psychological research, even the dawn of a new era.

“I think this is actually going to transform psychological science,” Hamaker said. “I really think this is just the beginning, and it’s like a space rocket taking off.” 

Ellen L. Hamaker will be speaking at an APS–SMEP workshop on “Studying Lagged Relationships” at the 2016 APS Annual Convention, May 26–29 in Chicago, Illinois.