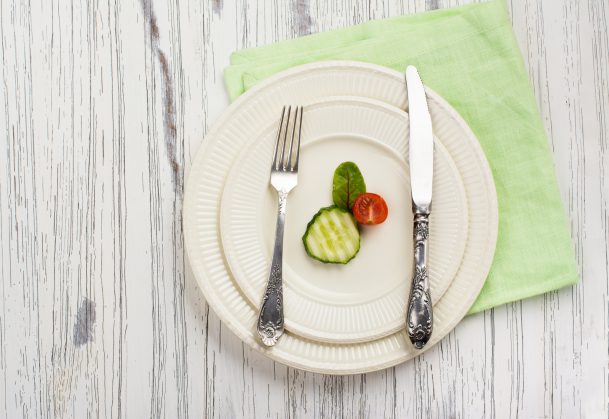 When faced with stress, some people seem to lose their appetite while others reach for the nearest sweet, salty, or fatty snack. Conventional wisdom tells us that stress eaters are the ones who need to regulate their bad habits, but new research suggests that stress eaters show a dynamic pattern of eating behavior that could have benefits in non-stressful situations.

The study, published in Psychological Science, a journal of the Association for Psychological Science, shows that “munchers” and “skippers” display compensatory patterns of consumption in response to positive and negative social situations. While munchers in the study ate more after being stressed, they ate less in response to a positive situation; skippers actually showed the reverse pattern, eating more after a positive experience.

“These findings challenge the simplistic view that stress eaters need to regulate their eating behavior to prevent weight gain,” says lead researcher Gudrun Sproesser of the University of Konstanz, in Germany. “Both skippers and munchers have their ‘soft spot’ for food, they just show different compensatory eating patterns in response to positive and negative situations.”

Sproesser and colleagues recruited volunteers to participate in a study on “first impressions.” The participants interacted with an unfamiliar partner by video before meeting them in person. After making their own videos, the participants received one of three messages in return: Some heard that their partner had decided not to meet with them after seeing the video, while others heard that their partner liked them and looked forward to meeting them. A third control group was told that the experiment had to be cancelled for other reasons.

Then, the participants went on to participate in a supposedly unrelated study involving a taste test for three flavors of ice cream. They were allowed to eat as much ice cream as they wanted.

But, when faced with positive feedback, munchers actually ate less than the control group, while skippers tended to eat more — the skippers consumed, on average, 74 calories’ worth more than the munchers.

“We predicted that munchers and skippers differ in food intake after experiencing a positive situation,” says Sproesser. “However, we were rather surprised that the data showed an almost mirror image in ice cream consumption when compared to the data from the social exclusion condition.”

The research offers insight for anyone who wants to understand the relationship between stress and eating, but it has specific importance for clinicians and practitioners working to promote healthy eating.The patterns of calorie consumption suggest that the behavior of both munchers and skippers could significantly influence body weight over time.

“Stress eaters should not be considered at risk to gain weight by default,” says Sproesser. “Our results suggest the need for a dynamic view of food intake across multiple situations, positive and negative.”

“Furthermore, our findings suggest rethinking the recommendation to regulate stress eating. Skipping food when being stressed may cause additional stress in munchers and could possibly disturb compensation across situations.”

I’m using this article for reference in a project about gastronomy! Thanks!