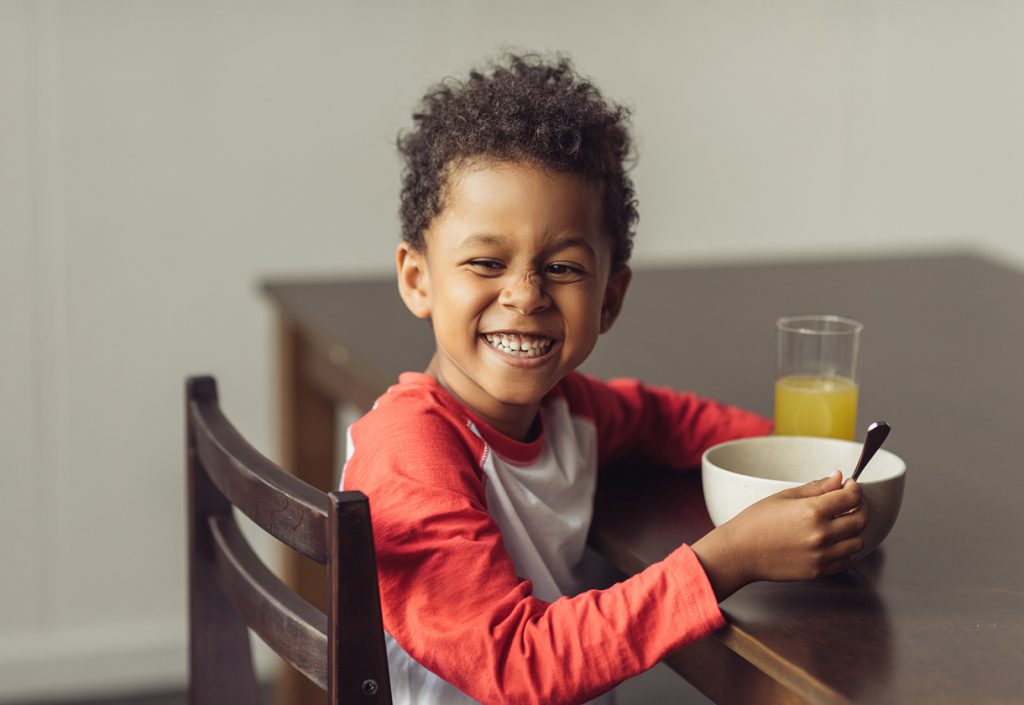 “These findings are important because they suggest that we may have another tool in our toolbox to combat childhood obesity,” says psychological scientist and lead researcher Jennifer A. Silvers, a post-doctoral fellow at Columbia University in the laboratory of Professor Kevin Ochsner.

Most interventions aimed at preventing or reducing childhood obesity focus on changing the environment — by limiting access to soda, for example, or by encouraging physical activity.

“Such environmental interventions are clearly important, but sugary sweets and tempting treats cannot always be avoided,” Silvers explains. “If children as young as 6 can learn to use a cognitive strategy after just a few minutes of training, that has huge implications for interventions.”

To find out how food craving and regulating food craving change with age, Silvers and colleagues had 105 healthy individuals come to the lab to participate in a neuroimaging session. The participants, who ranged in age from 6 to 23 years, were shown pictures of a variety of unhealthy but appetizing salty and sweet foods while undergoing fMRI scans.

After viewing each picture, the participants rated how much they wanted to eat the food they had seen.

The study results revealed that participants of all ages reported less craving when they used the cognitive strategy of imagining the visual aspects of the food, amounting to a 16% reduction in craving.

Even when using the strategy, however, children’s food cravings were still stronger than those of adolescents and adults, suggesting that foods are generally more desirable to children.

Children with higher weight-to-height ratios (known as Body Mass Index, or BMI) showed relatively less prefrontal activity when using the cognitive strategy to regulate food craving than did children with lower BMI, suggesting that the areas of the brain involved in regulating craving may differ depending on body mass.

“We believe this research has implications for a wide range of people, from basic scientists who are interested in how reward processing changes across the lifespan, to obesity researchers looking to devise interventions to curb childhood obesity, to parents and pediatricians trying to raise healthier and happier kids,” says Silvers.

To strengthen these findings, Silvers and colleagues are now conducting a longitudinal study that examines changes in craving and regulation of craving in the same individuals over time.

And they’re also planning to bring their cognitive strategy into the classroom, working with schools to see whether a cognitive training regimen might have real, positive impacts for kids.

“Having this basic knowledge in hand is critical if we want to understand how our relationship with food changes across the lifespan,” Silvers concludes.