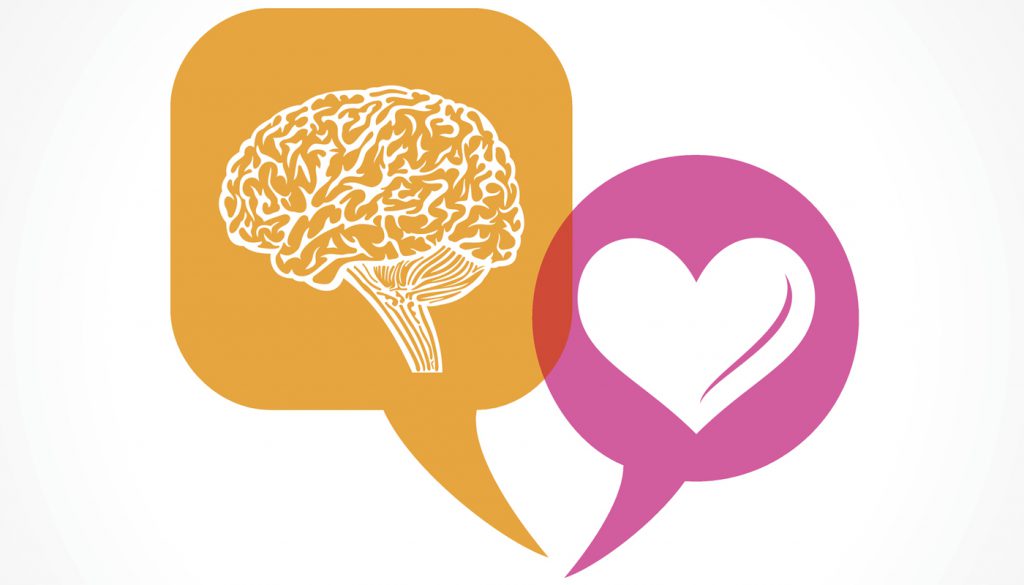 Until now, little was scientifically known about the human potential to cultivate compassion — the emotional state of caring for people who are suffering in a way that motivates altruistic behavior.

A new study by researchers at the Center for Investigating Healthy Minds at the Waisman Center of the University of Wisconsin-Madison shows that adults can be trained to be more compassionate. The report, published Psychological Science, a journal of the Association for Psychological Science, investigates whether training adults in compassion can result in greater altruistic behavior and related changes in neural systems underlying compassion.

“Our fundamental question was, ‘Can compassion be trained and learned in adults? Can we become more caring if we practice that mindset?'” says Helen Weng, lead author of the study and a graduate student in clinical psychology. “Our evidence points to yes.”

In the study, the investigators trained young adults to engage in compassion meditation, an ancient Buddhist technique to increase caring feelings for people who are suffering. In the meditation, participants envisioned a time when someone has suffered and then practiced wishing that his or her suffering was relieved. They repeated phrases to help them focus on compassion such as, “May you be free from suffering. May you have joy and ease.”

“It’s kind of like weight training,” Weng says. “Using this systematic approach, we found that people can actually build up their compassion ‘muscle’ and respond to others’ suffering with care and a desire to help.”

Compassion training was compared to a control group that learned cognitive reappraisal, a technique where people learn to reframe their thoughts to feel less negative. Both groups listened to guided audio instructions over the Internet for 30 minutes per day for two weeks. “We wanted to investigate whether people could begin to change their emotional habits in a relatively short period of time,” says Weng.

The real test of whether compassion could be trained was to see if people would be willing to be more altruistic — even helping people they had never met. The research tested this by asking the participants to play a game in which they were given the opportunity to spend their own money to respond to someone in need (called the “Redistribution Game”). They played the game over the Internet with two anonymous players, the “Dictator” and the “Victim.” They watched as the Dictator shared an unfair amount of money (only $1 out of $10) with the Victim. They then decided how much of their own money to spend (out of $5) in order to equalize the unfair split and redistribute funds from the Dictator to the Victim.

“We found that people trained in compassion were more likely to spend their own money altruistically to help someone who was treated unfairly than those who were trained in cognitive reappraisal,” Weng says.

“We wanted to see what changed inside the brains of people who gave more to someone in need. How are they responding to suffering differently now?” asks Weng. The study measured changes in brain responses using functional magnetic resonance imaging (fMRI) before and after training. In the MRI scanner, participants viewed images depicting human suffering, such as a crying child or a burn victim, and generated feelings of compassion towards the people using their practiced skills. The control group was exposed to the same images, and asked to recast them in a more positive light as in reappraisal.

The researchers measured how much brain activity had changed from the beginning to the end of the training, and found that the people who were the most altruistic after compassion training were the ones who showed the most brain changes when viewing human suffering. They found that activity was increased in the inferior parietal cortex, a region involved in empathy and understanding others. Compassion training also increased activity in the dorsolateral prefrontal cortex and the extent to which it communicated with the nucleus accumbens, brain regions involved in emotion regulation and positive emotions.

“People seem to become more sensitive to other people’s suffering, but this is challenging emotionally. They learn to regulate their emotions so that they approach people’s suffering with caring and wanting to help rather than turning away,” explains Weng.

Compassion, like physical and academic skills, appears to be something that is not fixed, but rather can be enhanced with training and practice. “The fact that alterations in brain function were observed after just a total of seven hours of training is remarkable,” explains UW-Madison psychology and psychiatry professor Richard J. Davidson, founder and chair of the Center for Investigating Healthy Minds and senior author of the article.

“There are many possible applications of this type of training,” Davidson says. “Compassion and kindness training in schools can help children learn to be attuned to their own emotions as well as those of others, which may decrease bullying. Compassion training also may benefit people who have social challenges such as social anxiety or antisocial behavior.”

Weng is also excited about how compassion training can help the general population. “We studied the effects of this training with healthy participants, which demonstrated that this can help the average person. I would love for more people to access the training and try it for a week or two — what changes do they see in their own lives?”

Both compassion and reappraisal trainings are available on the Center for Investigating Healthy Minds’ website. “I think we are only scratching the surface of how compassion can transform people’s lives,” says Weng.

Retraining the brain from negitive at home environment to school. Compassion behavior should be taught first thing