Publications > Observer > Observations > When “Om” Sounds Like “I’m”: Mindfulness and the Context of Self 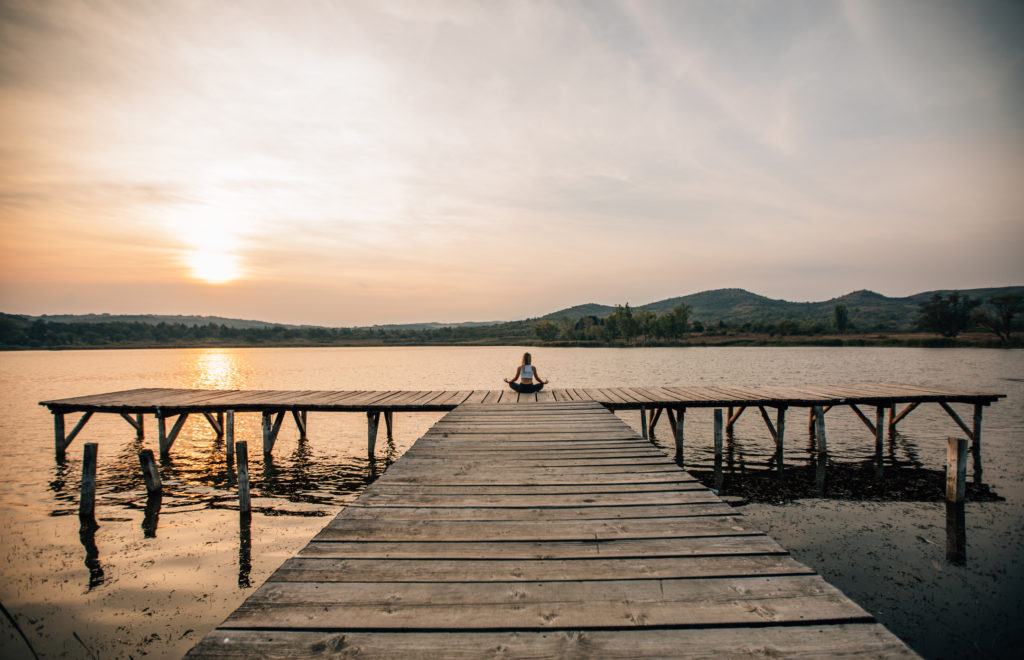 Living with greater mindfulness is often portrayed as a significant step toward self-improvement, or even spiritual enlightenment, but research indicates a disparate range of outcomes related to practices such as yoga and meditation. Among some individuals, mindfulness practices seem to foster empathy, encouraging acts of generosity and compassion toward other people, while other individuals may turn inward, relinquishing their emotional attachment to the remaining world.

These different patterns may reflect the different cultural contexts in which mindfulness practices take place, according to research by Michael J. Poulin (University at Buffalo) and colleagues.

“Our findings suggest that mindfulness on its own is not prosocial—or antisocial,” Poulin and colleagues wrote in Psychological Science. “Mindfulness bolsters self-awareness or another general mechanism that leads people to act on whatever social goals are salient. For some people, those goals may be consistent with prosocial behavior, but for others they are not.”

At the most basic level, mindfulness can be boiled down to ”nonjudgmental attention to thoughts and sensations in the present moment,” the researchers explained. This attention to the present may function as a cognitive tool, enhancing our ability to focus on accomplishing our existing goals.

“If mindfulness is merely a tool, then understanding its effects requires consideration of the context in which it is practiced or experienced,” Poulin and colleagues wrote.

Many of the mindfulness practices common throughout the world today originated in Buddhist religious traditions, which themselves emerged from highly interdependent Eastern cultures, the researchers noted. People in interdependent societies tend to view themselves as interconnected with others, so increased mindfulness may make them more likely to pursue prosocial goals that benefit these relationships.

By contrast, people in more independent societies, which are common in the West, tend to view themselves as more separate from others. In this context, increased mindfulness may encourage people to pursue greater autonomy by advancing individual goals and personal well-being.

Poulin and colleagues found this to be the case in a pair of studies on mindfulness and self-construal.

In the first study, 366 University of Buffalo students completed either a mindfulness meditation or a breathing exercise (a control activity) for 15 minutes. Participants then read a newspaper article about a charity for rural people in poverty and, once the study appeared to be over, were given an opportunity to stuff envelopes requesting donations for the charity.

“Our findings suggest that mindfulness, practiced outside of the context of interdependence, may not provide prosocial benefits and may in fact have the opposite effect,” Poulin and colleagues concluded.

Self-construal isn’t fixed, however. Individuals within a society may be more interdependent or independent than average, and a person’s self-construal can vary based on the social context they find themself in, Poulin and colleagues noted.

In line with this idea, the researchers also investigated whether priming individuals to think of themselves in a more interdependent or independent manner could influence the effects of meditation.

As part of this follow-up study, which was conducted online because of COVID-19 restrictions, 325 participants were tasked with completing a pronoun-selection task before being assigned to the meditation or breathing exercise. This task was designed to prime either an interdependent or independent self-construal by having participants click on plural (“We went to the city”) or singular (“I went to the city”) pronouns throughout a paragraph of text.

After completing the meditation or breathing exercise, participants were given an opportunity to sign up for a volunteer shift contacting potential donors for the charity. Participants who had completed the breathing exercise agreed to volunteer at about the same rate regardless of whether they were primed for interdependence or independence. Among those who had meditated, on the other hand, participants primed with an interdependent self-construal were 40% more likely to agree to volunteer their time, whereas those primed with an independent self-construal were 33% less likely to volunteer.

“Understanding the social effects of mindfulness requires attention to the role of self-construals, which differ across cultures and among individuals,” Poulin and colleagues wrote. “Additionally, our results point toward ways to modify mindfulness interventions, perhaps by incorporating a focus on interdependence, to promote the best outcomes for individuals and for society.”

Publications > Observer > Observations > When “Om” Sounds Like “I’m”: Mindfulness and the Context of Self