Publications > Observer > Observations > When Caregivers Care Too Much: Emotional Empathy as a Mental Health Risk Factor 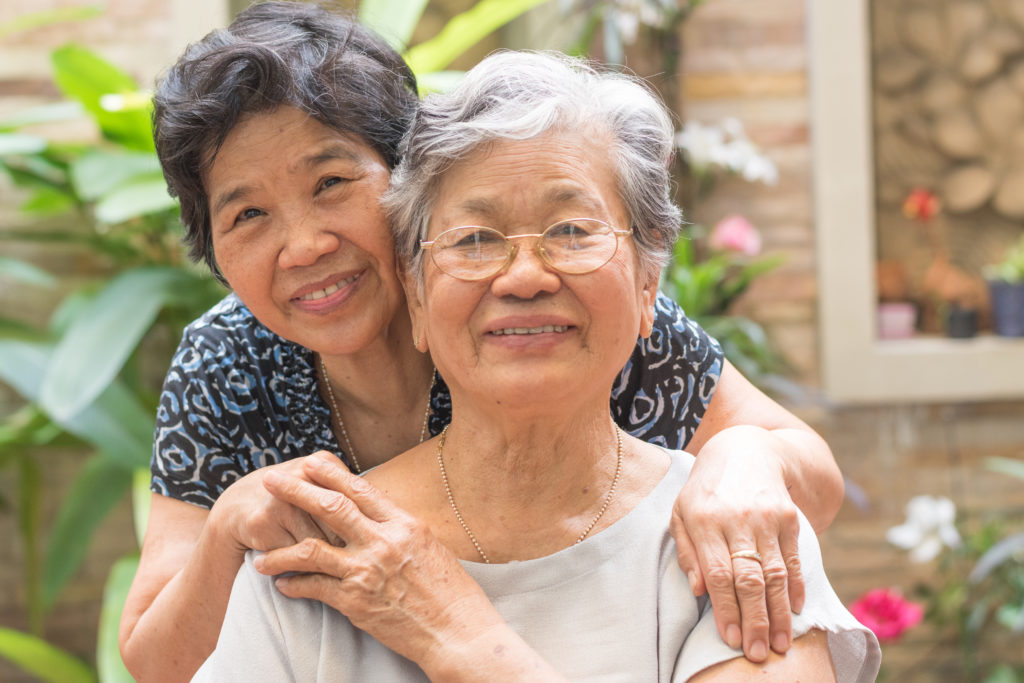 Imagine an occupation that serves a dramatically expanding global market. The demands are physical—long hours, heavy lifting, constant risk of injury—as well as emotional. Although some days are rewarding, others may find you feeling exhausted and isolated as well as ignored, bored, or even abused, often by someone you love. The prognosis for the person you are caring for is poor, and your compensation is modest or nonexistent.

This job isn’t imaginary. It’s called caregiving, and when the care recipient has dementia or a neurodegenerative disease, the person providing care is much more likely to experience depression or anxiety than noncaregiving adults of the same age, according to new research published in Clinical Psychological Science. These mental health risks are especially pronounced for caregivers who have high levels of emotional empathy, or the ability to feel or share others’ emotional states. However, caregivers’ cognitive empathy, or ability to know or understand another person’s emotions, does not appear to be associated with mental health.

The challenges associated with dementia care can hardly be overstated. The population is aging worldwide, and the prevalence of dementia increases with age. More than 4 in 10 (44%) of individuals between the ages of 75 and 84 have Alzheimer’s disease, the most common form of dementia, according to a 2013 study. Although older adults generally have lower levels of mental health problems than younger adults, an exception is caregivers of persons with dementia. Hua and colleagues cited two prior studies that found family caregivers within this group exhibit up to four times the rates of depression and three times the rates of seeking treatment for anxiety compared to adults who are not caregivers. Other studies found that as people with dementia exhibit worsening behavioral and psychological symptoms and declining emotional functioning, the health and well-being of their caregivers decline as well. Demographic, financial, and social variables, including being the spouse of a person with dementia or a member of a systematically oppressed race, are also associated with negative outcomes in caregivers.

The present study by Hua and colleagues involved 78 caregivers of people with dementia. Participants were recruited at the Memory and Aging Center at the University of California, San Francisco. Of the people with dementia, 33 had frontotemporal dementia, 11 had Alzheimer’s disease, 25 had diagnoses characterized by motor symptoms, and nine were at risk for developing dementia. Their caregivers were 64.5 years old and were predominantly women, White, and well educated. Most were providing care for their spouses.

In a laboratory at the University of California, Berkeley, Hua and colleagues used noninvasive sensors to measure participants’ mental health, emotional empathy (by registering physiological, behavioral, and emotional responses to a film depicting other people’s suffering), and cognitive empathy (by registering how accurately participants identified people’s emotions in another film). A month later, caregivers completed two online questionnaires to assess their mental health using the Center for Epidemiological Studies Depression Scale, where participants rate themselves over the past week on a scale from 0 (rarely or none of the time) to 3 (most or all of the time) for 20 items (e.g., “I felt sad,” “I felt lonely”).

“Results were partially consistent with our hypothesis that laboratory measures of emotional empathy would be associated with poor caregiver mental health,” the researchers wrote. “Using a composite measure of depression and anxiety symptoms, we found an association between one of the three emotional empathy measures (self-reported emotional experience to the emotional-empathy task) and caregiver mental health.” The findings are not without precedent, they added, citing prior research finding that too much empathy leads to burnout and emotional distress among health care providers who regularly interact with distressed or suffering individuals. “In the context of caring for a person with dementia, caregivers high in emotional empathy may become overly enmeshed, taking on the added burden of feeling the distress and suffering experienced by a loved one who is dealing with the ravages of a cruel, progressive, and ultimately terminal illness,” they wrote.

So how can caregivers manage their emotional responses to the suffering of others? Hua and colleagues  pointed to emotion-regulation strategies such as self-distancing, “a form of adaptive self-reflection in which a fly-on-the-wall approach is taken to process one’s emotional experiences.” Ultimately, this and other interventions could help the care recipients as well. “Given findings that poor mental health in caregivers is also associated with greater mortality in people with dementia, finding ways to reduce mental health problems in caregivers could greatly improve the quality of life for both caregivers and the people in their care,” the researchers wrote.

Publications > Observer > Observations > When Caregivers Care Too Much: Emotional Empathy as a Mental Health Risk Factor