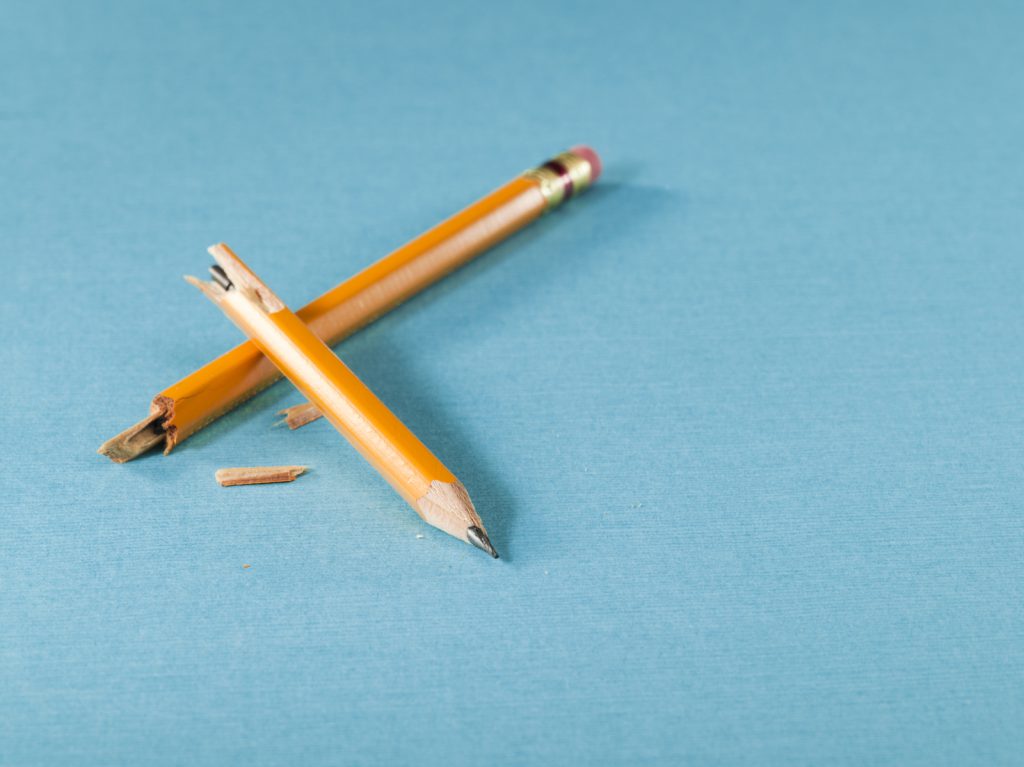 As you’re sitting at your desk trying to finish an important report before a big meeting you’re peppered with small interruptions: Your phone buzzes with texts about what to eat for dinner, you get incoming emails from your boss, and somebody swings by to ask you a question. You’ve only been working on your report for about an hour, but you’ve already been interrupted half a dozen times.

Plenty of research has shown that distractions cause people to take longer to complete a task, but now a team of psychological scientists from George Mason University has found that interruptions don’t just take up time, they also degrade the overall quality of people’s work.

Lead author Cyrus Foroughi did his own anecdotal study on how many interruptions he experienced on a quiet Monday morning: “In those two hours, I received five text messages, one phone call, about a dozen messages on Gchat and six emails. A fellow graduate student wandered into my room twice to strike up a conversation. Oh, did I mention this all occurred from 8 a.m. to 10 a.m. on a Monday, on campus, in July? At this time, the campus is barren, and it is one of the least likely times to be interrupted outside of the weekend.”

With this experience in mind, the researchers were interested in how interruptions affect the overall quality of a person’s work.

“To study this topic, we needed a task whereby quality could be defined beyond the number of errors made or time to complete the task,” Foroughi and colleagues explain. “We selected a complex, creative thought task that mirrors a common real-world task, outlining and writing an essay.”

The essays were then assessed by two trained graders based on a 0-6 scale drawn from the College Board Essay Scoring Guide. The researchers also analyzed the total number of words written and participants’ accuracy on the interruption tasks.

In both of the interruption conditions the essays received significantly lower ratings compared with the control condition — on average, interrupted students received scores that were about half a point lower on the rating scale.

In a second experiment, participants were given 20 minutes instead of 12 to write their essays.

“No participant scored higher when interrupted compared to the no-interruption condition, in either experiment. Nearly everyone who was interrupted did worse. In fact, 96 percent of the participants performed worse, and 4 percent stayed the same,” Foroughi explain in a post on LiveScience.

The analysis also showed that when participants had to contend with interruptions they typically wrote down fewer total words, particularly when they were interrupted while in the act of writing – not just planning – their essays.

It’s not exactly clear why this happens. It’s possible that it just takes time for people to re-focus their attention and thoughts back on their original task, but there’s also evidence that working memory processes play an important role in our ability to bounce back from interruptions.

In a review on working memory capacity and multitasking, a team of researchers from the Georgia Institute of Technology led by Christopher Draheim explain how individual differences in these cognitive skills can impact job performance and safety in vital ways.

“Having the best personnel in many of these jobs is important because failure has major consequences, not just economically but in terms of human life,” Draheim and colleagues write in Perspectives on Psychological Science. “Knowing that limited attentional resources in working memory is linked to this ability can help employers select the best candidates to minimize potential losses and provide both employers and applied psychologists with the knowledge to create job situations in which task switching is facilitated, minimizing the potential for mistakes.”

Amazing article, Distractions are a huge problem when it comes to finishing projects whatever it may be. I usually try to seclude myself from others so I can solely concentrate on my work. Distractions can even linger in one’s thoughts afterwards, hindering their progress. Once again, a great read about how simple things such as a distraction can impact our overall work. 🙂

Excellent article.
As a student, I see this happening with me on the get go.
Maybe music in the lowest volume possible could actually make my day much brighter is what I am thinking.
But I know, deep inside, that any kind of distraction is detrimental to efficiency.
Why would you want to listen to music for 8h and get something done, if you can reduce the time needed to work on projects and have more than enough time to focus your attention to music alone 100%?

Always the same old question, but also always the same answer is provided in a society and job world that is trying to promote multitasking to keep you inside the bucket like crabs do.
Don’t lose your Focus

The time seems to crawl. Your motivation is nil. You feel like your talents are wasting away. You’re not alone. While a recent Gallup poll shows an uptick in job satisfaction, a major part of

A study shows how much people criticize their employers and colleagues on social media, and what consequences they face when they do so.