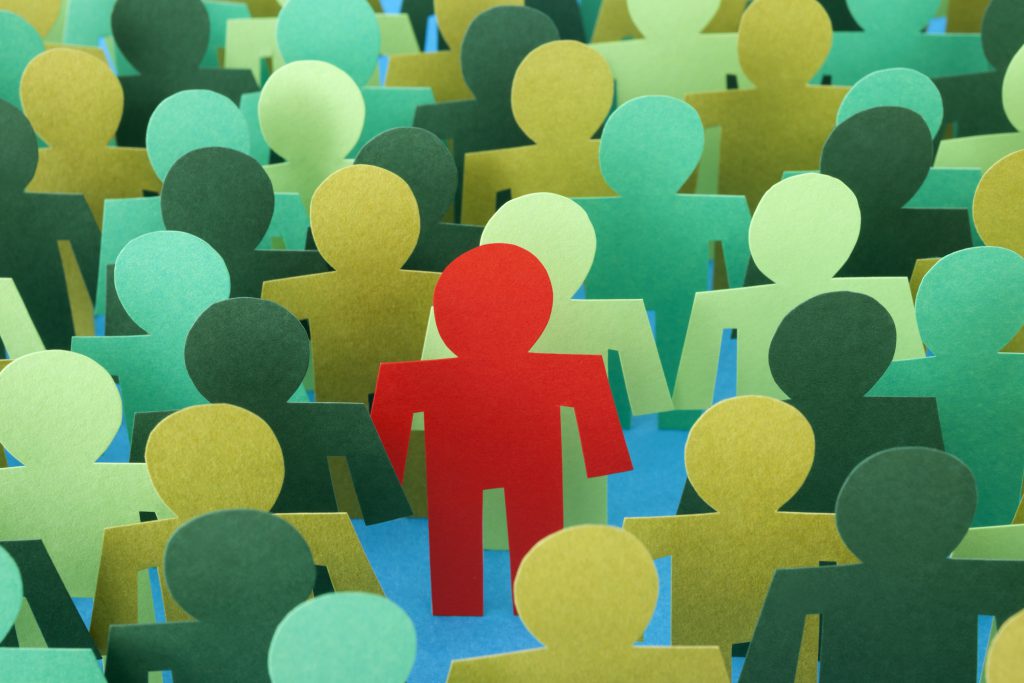 In ancient Greek and Latin, a stigma was a brand that marked a person, such as a slave, who was seen as inferior. Today, the word “stigma” has come to signify the invisible mark made by negative social perceptions, a mark that can hurt just as much as a physical brand.

Academic researchers view stigma as the characteristics that are devalued in a particular social context and affect people in negative ways. Considerable evidence shows how stigma can undermine mental health through various mechanisms, such as a limited access to resources.

Researchers typically collect data on stigma through subjective self-report measures. But certain individual factors – such as emotion regulation deficits – can influence how people perceive stigma, introducing a potential confound in its measurement. Researchers Charles L. Burton, Katie Wang, and John E. Pachankis of Yale University wanted to establish a more objective measure of stigma that reflects the disparities in social, economic, and political power that exist independently from a person’s subjective experiences.

Burton and colleagues conducted a series of studies, published in Clinical Psychological Science, addressing the need for an objective measure of stigma-related experiences:

“The present research introduces a novel, objective measure of cultural stigma,” the researchers explain, “which we then utilized to assess the associations between stigma, emotion regulation deficits, and adverse mental health outcomes among individuals endorsing a wide range of stigmatized attributes.”

In the first study, the researchers first identified 93 stigmatized identities, health conditions, and personal characteristics that extend beyond the narrow range of sexual and racial/ethnic stigmas that researchers have typically focused on. Then, they recruited academics considered to be stigma experts and individuals from the general public to rate their willingness to interact with different types of people possessing each stigma, such as a coworker, child caretaker, or potential daughter- or son-in-law. The resulting index reflected the degree to which each identity or characteristic is stigmatized on a sociocultural level.

The second study observed the relationship among cultural stigma, emotion regulation deficits, and two adverse mental health outcomes: depressive symptoms and alcohol use problems. Stigma-related experiences are known to elicit stress, which can deplete emotion regulation abilities and effect adverse mental health symptoms. Although these connections have been described in past studies, little is known about how general life stress (i.e., chronic stressors not due to prejudice/stigma) may influence the relationship among these variables.

Using the scale established in Study 1, the researchers asked participants to select which stigmas they identified with, and then rank the one they felt most impacted them or was most important to them. The researchers converted these rankings into a cultural stigma score. They also collected data on participants’ emotion regulation deficits, depressive symptoms, alcohol use problems, and general life stress. To determine the unique impact of cultural stigma, the researchers controlled for individuals’ perceptions of stigma using the Everyday Discrimination Scale, which measures the frequency that an individual experiences interpersonal mistreatment due to their most impactful stigmatized identity.

The present study contributes to both stigma and emotion regulation research by establishing an objective measure of cultural stigma. This scale offers researchers a tool for observing the impact of cultural stigma separately from individuals’ perceptions of stigma. Burton and colleagues suggest that future research should look at how to modify this measure so that it can represent intersectional stigma, as people can experience multiple stigmas that are significant to their lives.

Evidence for a moderating relationship between general life stress and the indirect effect of stigma on mental health may have implications for those working to help stigmatized groups. Helping individuals affected by stigma to improve emotion regulation skills and to adjust to general life stress can mitigate the effect of cultural stigma on their increased vulnerability to mental health problems.