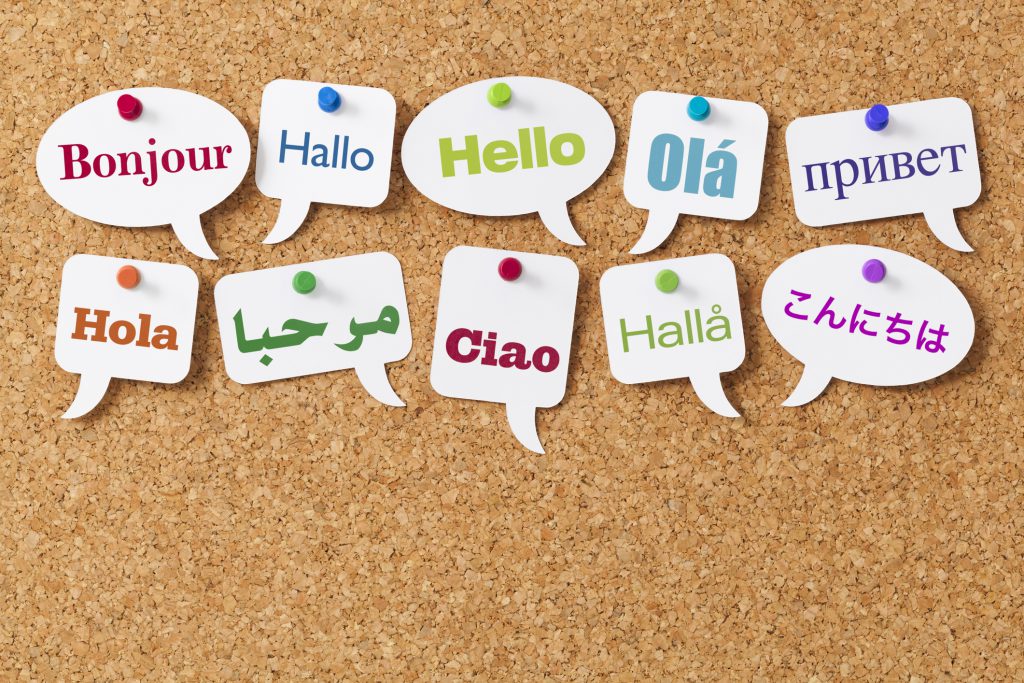 In foreign language classrooms, students often do more listening than speaking—they hear a native speaker, either the teacher or a recording, speak phrases and test their comprehension via paper-and-pencil activities such as matching games. This type of training gives students the correct language input, but research is increasingly showing the value of having students speak the language as a way of learning it.

In a study published in Psychological Science, Elise W. M. Hopman and Maryellen C. MacDonald of the University of Wisconsin-Madison compared the effects of comprehension practice and production practice on foreign language learning. Their research stems from a discrepancy between memory research and advice for foreign language classrooms:

“We saw several hints in the memory literature that producing language provides a strong learning experience,” the researchers explained in a university press release, “whereas the second language learning literature is overwhelmingly focused on the importance of comprehension rather than production for learning a language.”

They propose that production practice, using speaking exercises and immediate feedback, may boost students’ ability to speak the language and to understand others speaking it.

This research is novel, the researchers note, because it relates production-practice learning to second language grammatical skills.

In the study, the researchers divided participants into two groups and taught them an artificial language. The comprehension-practice group used typical listening exercises, while individuals in the production-practice group spoke and received immediate feedback on their vocabulary, grammar, and punctuation. All participants then completed vocabulary tests and tests measuring their grammatical skills.

Speaking requires individuals to integrate multiple cognitive functions at once and the authors suggest that reliance on working memory during speaking could increase the “binding” between grammar, punctuation, and vocabulary, increasing connections among these linguistic elements as the speaker forms a sentence. Comprehension practice, on the other hand, may not integrate linguistic elements in the same way because learners are given the language, and learners may be able to use native speaker cues as shortcuts, the authors note.

The results have implications for language learning in a variety of contexts:

“Under the right circumstances,” the authors explain, “producing language is an incredibly strong learning experience (when the production involves generating the language yourself and you are provided with feedback).”

They suggest that current teaching practices may underestimate the value of having students produce the language themselves, and advocate for classrooms to balance the focus on production and comprehension practice.

Finding that balance will continue in future studies. Hopman and MacDonald plan to implement a similar research design with a first-year German course, in collaboration with the German department at Penn State University. In addition, they are interested in examining the effect of production practice on novel words that a student has not already encountered.

They explain, “In our field that is the gold standard of showing that learners can generalize.”

Thank you for such wonderful insight into learning a foreign language. As a teacher of FLE, I’ve observed that it may seem daunting to most of the students to speak up in class in the beginning but it’s essential as gradually, it makes them feel more at ease with the language which boosts their confidence and that in turn, helps them to concentrate better on comprehension and writing.

Very interesting read and information. I teach Navajo and I do interpreting work.

Back Page: Attitudes About Accents

Karolina Hansen’s work shows that it isn’t just what we say but how we say it that shapes what others think of us.

The American Academy of Arts & Sciences has issued a call to action that encourages leaders to build capacity in languages other than English and supports language learning. APS is a signatory on the call.

A sample of new research exploring categorical coding of object features, making moral judgments in a foreign language, and the role of self-control in the magnitude effect.