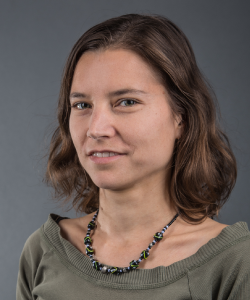 Psychologist scientist Karolina Hansen of the University of Warsaw in Poland investigates the assumptions and biases we harbor toward foreign and native accents.

How did you become interested in studying linguistic biases?

It all started with a Cognitive Psychology lecture. The whole lecture was interesting, but what especially attracted my attention was the Sapir-Whorf hypothesis about linguistic relativity. I found it a fascinating and intuitively true idea that people who speak different languages will see the world differently. Straight after the lecture I borrowed a book with a collection of Whorf’s articles and essays from a library. Later, I asked the professor whether I could write my bachelor’s thesis with her. I also stayed with her for my master’s thesis.

The other lecture that I also found great was Social Psychology. I also always liked learning new languages and I even taught Brazilian Portuguese for some time. Now I combine all of these interests and fascinations in my work.

Have any surprising or counterintuitive findings come out of your research on accent attitudes?

Oh, definitely! I had read a lot and thought a lot about how people may react to others who look like an immigrant, but speak like a native. Still, when I first saw results showing that a Turkish-looking person speaking standard German is evaluated as more competent than a German-looking German speaker, I was surprised. You expect something based on a theory, but still, when it really comes it can be surprising.

Have you found distinct differences (or similarities) about attitudes toward accents across different countries and cultures?

Oh, yes. In the US, UK, or in Germany people expect others to speak English or German; this is the default. A nice surprise is when an immigrant speaks without a foreign accent But in Poland, a country with few immigrants and a language spoken rarely in other parts of the world, people are happy when a foreigner speaks Polish at all. They don’t care about the accent, and they might even feel suspicious if they encounter a person who has an immigrant background, but speaks Polish like a native. I think that these differences are very important to study.

What do you plan to study next in this area of research?

I want to look more into the cross-cultural differences in perceptions of accented speakers. Also, I think and I already see in my data that with time and growing awareness of different kinds of discrimination, people might be less willing to admit their prejudice. I want to study this aspect, too. I think that we also forget that time is flying and people’s attitudes might be changing as well. Both the cultural and the time dimensions are important to me.

What have been your own experiences with accent biases?  Are there any accents that you have specific attitudes about?

People in the US tend to say they don’t know where my accent is coming from. Some say Germany, some say France, and some just don’t have a clue. That’s probably because I spent time in Germany and some time in other countries, often speaking English with an international crowd. In an academic context I don’t feel discriminated against and I’d rather see people’s curiosity about where I come from. But in a context of renting a flat abroad I had one or two unpleasant situations where I felt that people ignored me because I didn’t sound like a person who has a job and could pay the rent. It was, to some extent, interesting to experience accent discrimination firsthand.

As to my own perception of other people’s accents, it was fascinating to notice when I started hearing differences between accents that I hadn’t heard before. I was born and raised in Warsaw and I did my master’s there, but for my PhD I moved to Germany When I arrived, I struggled a bit with the language at first, but I got better over time.

In my research there I recorded people speaking German with different accents, and  there was this sad and magic moment in my research when I noticed “Oh, this accent sounds funny, but incompetent.” If someone would have played it to me on my first days of learning German of course I wouldn’t have known that there is anything “wrong” with it. This was an important moment for me, to see the phenomenon that I study in myself and also to see it emerge in a relatively short period of time.