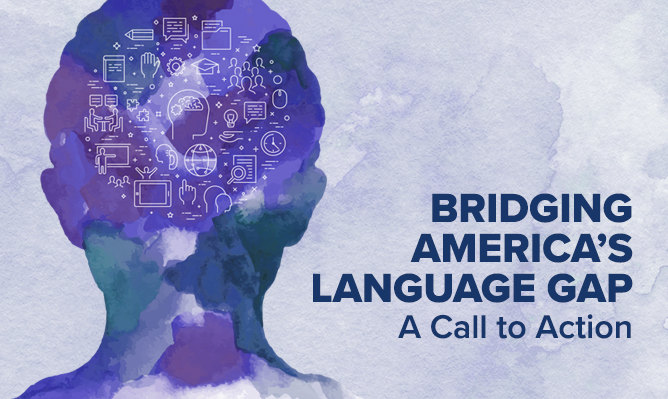 The American Academy of Arts & Sciences has issued a call to action that encourages leaders to build capacity in languages other than English and supports language learning. APS is a signatory on the call, continuing its leadership in the area of the science of language.

In 2017, at Congress’s urging, the American Academy, which convenes scientific and other leaders to address critical challenges, issued a report on language education in the US written by an 18-expert commission, including APS Fellow Philip Rubin. The report called for an increase in the number of language teachers, the development of public-private partnerships to support language, and the protection of heritage language spoken in the US, among other topics.

The new call to action is signed by a host of academic associations, including APS; businesses, colleges and universities; language education associations; and other groups.

“Industry participates in more foreign markets than ever before and the nation is engaged, diplomatically or militarily, in every corner of the globe,” the Academy states. “Challenges in scientific research and technological innovation all require greater international collaboration. And we have a social obligation, established by law, to offer critical social services in languages other than English.”

Consistent with the commission’s recommendations, the call to action states that language learning should be supported in the US to achieve the following results:

“We, the signatories, attest that the public and private sectors require greater capacity in languages in addition to English, and we urge greater support for languages in order to maintain and enhance American global leadership,” the call to action concludes.

APS will monitor the call to action as it develops and will share any opportunities to participate on its Federal Research, Funding, and Policy page.

Back Page: Attitudes About Accents

Karolina Hansen’s work shows that it isn’t just what we say but how we say it that shapes what others think of us.

A sample of new research exploring categorical coding of object features, making moral judgments in a foreign language, and the role of self-control in the magnitude effect.