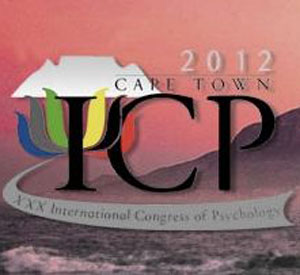 The International Congress of Psychology (ICP) is a meeting held every four years to bring together psychological scientists from around the globe. The 30th ICP will be held July 22-27, 2012 in Cape Town, South Africa. Saths Cooper, President of the upcoming ICP, took a few minutes to tell the Observer about the theme of the meeting and what participants can look forward to.

How did the Union of Psychological Science choose the theme Psychology Serving Humanity for the 30th ICP?

The theme Psychology Serving Humanity was chosen by the South African hosts because it resonated with what we in the southern tip of the African Continent view as psychology’s unfulfilled mission. It was, in part, informed by psychology’s checkered role during the Apartheid era, its attempt to remedy this unfortunate history as exemplified by its role during the Truth and Reconciliation Commission process, and its stated desire to serve people, irrespective of their ethnic origin, skin color, beliefs, socio-economic status or geography.

The 29th ICP in Berlin focused on the field’s accomplishments over the past century and future directions. Did the themedevelop from that conversation? If so, how?

ICP 2012 has recognized that psychology has tended to thrive in developed contexts. For it to make an impact elsewhere, especially in developing contexts, psychology must be reflective, accessible, forward-looking, and attempt to serve the greater good of humanity. This ICP will be the first time this quadrennial international psychology flagship event will be held in Africa since the first ICP was held in Paris in 1889, and the theme reflects what the African Continent wants from psychology. The theme represents principles and challenges.

How did you identify speakers and workshops relevant to the theme? What particular opportunities and challenges has the conference’s theme brought to the planning process?

Invitations were sent to colleagues throughout the world, including members of the International Union of Psychological Science, to nominate speakers who could be invited to present addresses, symposia and workshops that would be broadly representative of the various areas in psychological science. Care was taken to ensure that the entire international psychology community, especially scientists from under-represented parts of the world, was reflected in the invitations that were sent. I’m pleased to note that of the over 450 invitations that were extended, more than 300 scientists from a diverse range of fields have accepted. The ICP 2012 Scientific Program will likely include representatives for both neglected content areas and geographic areas of the world. There are 46 divisions of the Scientific Program Committee (with 5-16 members per division) that are usually chaired by a South African, and include at least one African scholar who is not a resident of South Africa. The divisions also include local and international experts for that particular area as well as at least two emerging scholars working in South Africa. The involvement of young psychologists has been crucial for developing the next generation of leaders in South African psychology and has given rise to the innovative Emerging Psychologists’ Program. This EPP will attempt to create a network of future leaders who can collaborate in research across borders and, funds permitting, will have up to twenty young psychologists from developed western countries, twenty from Africa and twenty from the rest of the world who will participate in a pre-congress colloquium.

How has psychological science in the host country, South Africa, contributed to the Congress? What unique contributions have South African scientists made to the planning process?

Most psychologists from South African universities that have post-graduate training programs are involved in the various divisions of the Scientific Program Committee. Twelve universities are Academic Partners of ICP 2012, which enables their students to participate in ICP 2012. South African psychological science has been the basis for the thinking and planning of all aspects of the ICP 2012 program. For example, discussions on reconciliation, race relations, and the challenges of a nascent democracy are issues that are being included in the ICP program as unique South African contributions.

What was the motivation for adding “Controversial Debates” to the ICP program, and what do you think this format contributes to the field and the professional development of the psychological scientists attending the Congress? What excites you most about the Controversial Debates scheduled for the 2012 ICP?

Controversial Debates, a presentation format introduced at the 2008 ICP in Berlin, stimulated great discussion at that conference. Controversial Debates will focus on topics that generate tremendous interest among psychologists, and the debates will be featured prominently at ICP 2012. This segment creates a platform for the intellectual engagement of issues that continue to engender disagreement and create interest in topics that tend not to have neat conclusions. ICP 2012 will have a daily Controversial Debate with a protagonist and an antagonist, and the debate will be chaired by a prominent psychologist.

Do you have any demographic information you would like share from the last Congress? What is the projected breakdown of attendees (e.g. students, teachers, practitioners, researchers etc; representing countries and organizations etc) for 2012?

The 29th Berlin ICP had almost 9,000 delegates, with a high student presence, and a preponderance of European participants. Our indications are that ICP 2012 will have around 6,000 delegates, with good student, professor, practitioner and developing world representation. If website visits are anything to go by, the US representation is likely to be very high. Various national, regional and international psychology organizations have also given their support to ICP 2012, with some subsuming their annual or biennial conventions under ICP 2012.

Who and how can one submit an abstract for a symposia or presentation?

While abstract submission closes on December 1, 2011, potential presenters will have the opportunity to submit Rapid Communication Posters until March 1, 2012. Online submissions and more information is available at www.icp2012.com.

The Commission on Evidence-Based Policymaking has issued a report that points to significant new opportunities in research and leadership for psychological scientists with expertise in areas including judgment and decision making, analysis and research design, data privacy and ethics issues, and more.

The William K. and Katherine W. Estes Fund, which was created to honor the legacy of influential psychological scientist Bill Estes, has awarded three grants for programs focused on increasing awareness of how computational tools