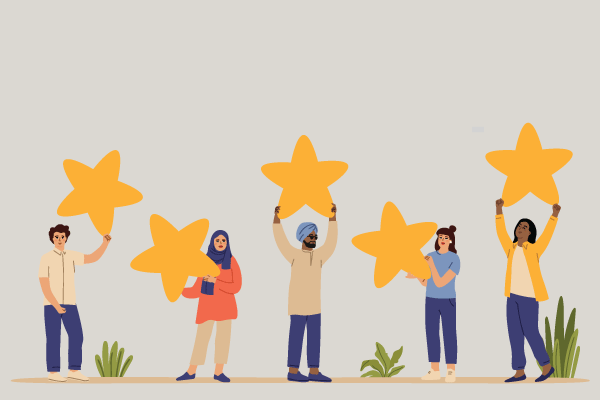 Exploring the Facets of Emotional Episodic Memory: Remembering “What,” “When,” and “Which”

How does emotion affect the memory of an event? Participants watched videos that included negative or neutral target images. Afterward, they reported whether they had seen each target image (“what”), at what point in the video the image had appeared (“when”), and which of five screenshots from the video showed it (“which”). Compared with neutral images, negative images enhanced participants’ memory for “what” but reduced their memory for “which.” Participants were accurate in estimating the “when” of negative images but tended to estimate that neutral images had appeared later than they actually did.

Culture Moderates the Relation Between Gender Inequality and Well-Being

Li and colleagues analyzed aggregated data from 86 countries (Study 1) and from individuals in 69 countries (Study 2) to clarify the role of a country’s culture on the relationship between gender inequality and self-reported well-being. In liberal countries, gender equality was associated with improved well-being for both men and women, but especially women. In conservative countries, gender equality (or inequality) did not appear to be associated with well-being. These findings suggest that subjective well-being and other psychological outcomes related to objective gender inequality (e.g., labor force participation rates) may differ in liberal and conservative cultures.

The Foreground Bias: Initial Scene Representations Across the Depth Plane

When interpreting a scene, individuals appear to initially rely on visual information in the foreground, this research suggests. Fernandes and Castelhano presented chimera scenes (e.g., office objects in the foreground and a kitchen scene in the background) and found that a foreground bias occurred when the images were presented for short durations (e.g., 50 ms) but dissipated at longer durations (e.g., 250 ms). However, participants always prioritized foreground information over background information. These findings suggest that considering different categories of space across the depth plane may advance understanding of different types of scene processing.

The Futures We Want: How Goal-Directed Imagination Relates to Mental Health

Positive and detailed imagining of one’s goals is linked to increased well-being and reduced depressive symptoms, this research suggests. Participants generated personally relevant, plausible, and specific goals (e.g., passing an exam). For some of their goals, they also imagined and described a relevant future scene in their life. Results indicated that higher well-being and lower depressive symptoms were linked to more attainable, controllable goals and to more detailed and positive goal-directed imagination. At a 2-month follow-up, participants reported higher well-being if they had imagined more positive goal-related future scenes.

Motives for Substance Use in Daily Life: A Systematic Review of Studies Using Ecological Momentary Assessment

Votaw and Witkiewitz reviewed 64 studies that used ecological momentary assessment (EMA) to evaluate motives for substance use. In these studies, researchers had assessed participants’ daily use patterns and motives in real time. Results did not clearly support the motivational model of substance use, which states that coping, enhancement, social, and conformity motives interact with contextual factors to influence substance use. Results also indicated that EMAs may not reflect the same constructs as trait measures of motives (e.g., sensation seeking or self-critical perfectionism). Thus, it appears that more research is needed to understand heterogeneous reasons for substance use in daily life.

To test whether adolescents’ mental health has become more closely tied to their use of technology, Vuorre and colleagues examined adolescents’ use of smartphones and social media—as well as television, which raised concerns about mental health in the late 20th century similar to those recently raised by digital technology. The researchers found that over the past decade, the association between technology use and depression has weakened, but the association between social-media use and emotional problems has grown stronger. Overall, there was no consistent strengthening of technology’s relation with mental health over time. However, firm conclusions about this relationship might be premature.

How does one break the vicious cycle linking members of social categories defined by certain attributes (e.g., race) and certain social roles? Eagly and Koenig reason that when social roles become associated with a category as a whole, stereotypes are formed that, in a vicious cycle, hinder category members’ mobility to different roles. This perpetuates stereotypes, which persist despite direct attempts to change individuals’ minds. Instead, policies and programs that change the distribution of category members in social roles appear to be more effective because they modify stereotypes at their core.

Carstensen and Hershfield propose that age differences in motivation influence the type of information that older adults tend to prefer, attend to, and remember. This has consequences for the design of public-health communications and marketing for older adults. In line with socioemotional selective theory, research has shown that as people grow older and their time becomes more limited, they prioritize emotional goals over exploration goals. Thus, older adults remember positive messages better than negative ones and appear to prefer messages that emphasize individual strengths and personal resilience, as well as products that help them enjoy the present.

Studies of females with congenital adrenal hyperplasia (exposure to excess androgens during gestation, typically resulting in masculinized genitalia, which are usually surgically modified in infancy) can reveal the contributions and interplay of prenatal hormones and socialization to gendered behavior. Such studies have indicated that prenatal androgens have strong effects on preferences for male-gendered activities, moderate effects on spatial skills, and small or no effects on gender identity and gender cognitions. Berenbaum and Beltz analyze these findings and their implications and explain their compatibility with gender equality.

Holt-Lunstad discusses the evidence for links between social relationships and both mortality and morbidity, as well as the possible mechanisms for these links. Social connection can be examined in terms of its components: structure (e.g., network size, marital status), functions (e.g., social support), and quality (e.g., relationship satisfaction). Low levels of these components appear to be associated with increased health risks, and high levels appear to be associated with protective health factors. Further investigation may help to identify the causal mechanisms for the role of social connection in health. These mechanisms may then be leveraged in prevention, intervention, and policy efforts.

Vitamin S: Why Is Social Contact, Even With Strangers, So Important to Well-Being?

Small Effects: The Indispensable Foundation for a Cumulative Psychological Science

Götz and colleagues argue that psychological phenomena are most likely determined by a multitude of causes, each with a small effect. They describe the dangers of a publication culture that demands large effects: It rewards inflated effects that are unlikely to be real and encourages questionable practices to obtain such effects, and it hampers the understanding of complex psychological phenomena. The authors recommend using small effects to build a cumulative science. This would allow scholars to leverage the power of big data and machine learning, promote preregistration, and change the culture of scholarly publishing to reward accurate and meaningful effects.

Viewing Development Through the Lens of Culture: Integrating Developmental and Cultural Psychology to Better Understand Cognition and Behavior

What Happened to Mirror Neurons?

Heyes and Catmur present a review of the research on mirror neurons— in response to execution and observation of behaviors—published since 2011. They discuss the origin and function of mirror neurons, concluding that they appear to contribute to complex control systems at relatively low levels of processing rather than acting alone or dominating systems in the brain. The authors suggest that although the actual role of mirror neurons might fall short of some early claims, studying them can still help researchers better understand body movements, speech perception, and imitation.

How Do We Choose Our Giants? Perceptions of Replicability in Psychological Science

Alister and colleagues surveyed the corresponding authors of articles published between 2014 and 2018 regarding 76 study attributes that might affect the replicability of a finding. Six types of features appeared to heavily influence the degree of confidence researchers had in the replicability of findings. These features were related to weak methodology (e.g., low power) or lack of transparency, questionable research practices, rigorous analyses (e.g., a large sample), ease of conducting a replication (e.g., the existence of previous replications, open data, or open methods), robustness of the findings (e.g., consistency with theory), and traditional markers of replicability (e.g., status of the researcher or institution).

ManyClasses 1: Assessing the Generalizable Effect of Immediate Feedback Versus Delayed Feedback Across Many College Classes

Fyfe and colleagues introduce an experimental paradigm for evaluating the benefits of recommended educational practices in authentic educational contexts, beyond the lab. With ManyClasses, researchers examine the same experimental effect across many classes, focusing on different topics, institutions, teacher implementations, and student populations. Here, the researchers evaluated whether the timing of feedback on class assignments affected students’ subsequent performance. Results indicated that, across 38 classes, there were no overall differences in the effects of immediate versus delayed feedback on student performance. However, data suggested that delayed feedback might modestly outperform immediate feedback in certain classes.