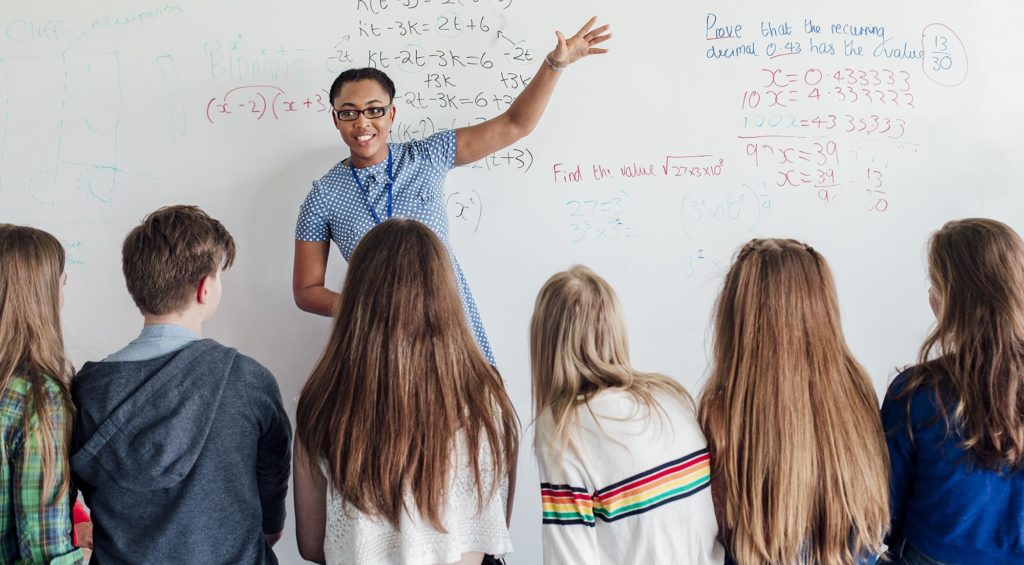 Every seed has the potential to grow, but the ability of any given seedling to sprout depends largely on the quality of its environment. Similarly, students’ academic outcomes are often impacted by their teachers’ mindsets, according to research by David S. Yeager (The University of Texas at Austin) and colleagues in Psychological Science.

Growth-mindset interventions, which encourage students to view challenges and mistakes as opportunities for learning rather than indicators of lackluster ability, have been shown to boost academic achievement. The effects of these interventions may be particularly strong for students who are struggling in the classroom.

Yeager and colleagues’ research goes deeper, however, in suggesting that teachers’ own beliefs about learning may determine how   long-lasting the effects of growth-mindset interventions can be.

In addition to influencing teachers’ classroom attitudes, growth- and fixed-mindset beliefs may also inform their classroom practices, Yeager and colleagues explained. A teacher with a fixed mindset may believe, for example, that some students are simply “math people” and discourage less-advanced students from asking questions that could slow the rest of the class down. A teacher with a growth mindset, on the other hand, might encourage students to strive toward improvement throughout the academic year by allowing them to resubmit challenging assignments.

“The intervention is like planting a ‘seed,’ but one that will not take root and flourish unless the ‘soil’ is fertile,” Yeager and colleagues wrote. “A teacher’s growth mindset acts as an ‘affordance’ that can draw out a student’s nascent growth mindset and make it tenable and actionable in the classroom.”

Yeager and colleagues explored this theory by comparing teacher mindsets and student outcomes reported in the National Study of Learning Mindsets. This data set, collected during the 2015–2016 academic year, included survey responses from 8,775 ninth-grade students and their 223 math teachers located throughout the United States.

At the beginning of the academic year, students and teachers were surveyed on their existing growth-mindset beliefs. Each student was then randomly assigned to either a growth-mindset intervention or an active control condition. Students in both groups attended two 25-minute sessions held one to four weeks apart.

During the growth-mindset intervention, students viewed a virtual presentation that portrayed the brain as a muscle that grows stronger as it learns and that emphasized how this could help them improve their academic abilities. Students then participated in several activities designed to generate ideas about how to apply a growth mindset to their own education.

Students in the control condition viewed a presentation about the science of memory and learning without any reference to how it might apply to academics.

After the second session, students in both groups completed another growth-mindset survey. At this point, all students who had received the mindset intervention reported having more growth-mindset beliefs than students in the control condition.

“This finding suggests that students cannot simply carry their newly enhanced growth mindset to any environment and implement it there,” Yeager and colleagues explained. “The intervention could alter students’ mindsets, but a growth-affording context was necessary for students’ grades to be improved.”

Although the improvements in students’ grades may seem small, Yeager and colleagues continued, effect sizes for the intervention were only slightly smaller than effect sizes for other factors that have been found to have a significant impact on academic outcomes—such as being taught for a year by a math teacher whose students perform at a high versus an average level on standardized tests.

“As people try to implement a belief or behavior in a given context, they become aware of whether it is beneficial and legitimate in that context by attending cues in their environments,” Yeager and colleagues wrote. “This work shows that students at the intersection of vulnerability (a prior fixed mindset) and opportunity (a growth-mindset environment) are the most likely to benefit from growth-mindset interventions.”