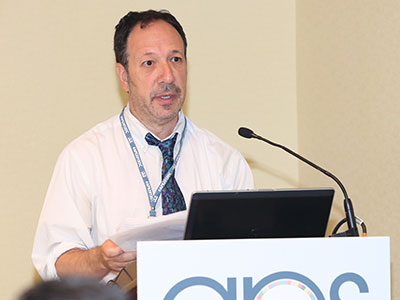 Scott O. Lilienfeld, Emory University, chaired the symposium cosponsored by APS and the Psychometric Society that honored the life and work of Paul Meehl. He noted that Meehl was considered by his peers to be “the smartest psychologist they ever met.”

When Paul Meehl died 10 years ago, he left behind a rich legacy of scientific thought. He was not only professor of psychology at the University of Minnesota; he also taught psychiatry, philosophy, neurology, and law.  Meehl influenced research in a range of areas, from psychiatric classification to psychometric assessment, and his publications have been cited more than 25,000 times.

Above all, he urged clinical psychologists to align themselves with scientific principles.

“Paul Meehl was the most influential clinical psychologist of the second half of the 20th century,” said Scott O. Lilienfeld of Emory University, at a symposium to honor Meehl’s life and work at the 25th APS Annual Convention.

“Everyone who knew Paul Meehl said the same thing about him,” said Lilienfeld, a 2013 recipient of the APS James McKeen Cattell lifetime achievement award. “It was remarkably unanimous that he was the smartest psychologist they had ever met.” 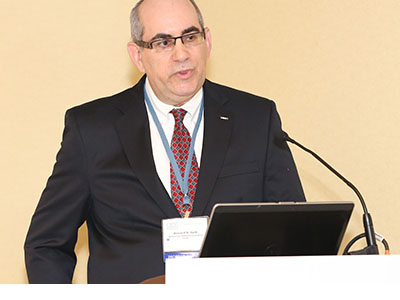 Howard N. Garb of Wilford Hall Ambulatory Surgical Center at Joint Base San Antonio in Lackland, Texas, recalled Meehl as a pioneer among clinical psychologists in terms of recognizing that statistical predictions were typically at least equal, if not superior, to human judgments.

For a 1954 book, Meehl evaluated 20 research studies that involved both statistical and human predictions. He found statistics to be superior 11 times, a tie in eight cases, and only one with clinical advantage. In a follow-up published in 1965, Meehl found 33 statistical wins, 17 ties, and again just one nod to human judgment. In both cases, said Garb, the human “victory” was later found to be flawed.

Garb, who conducts psychological screening for the US Air Force, says Meehl’s insights about statistics guide his own reliance on statistical predictions about the mental health of soldiers.

“His legacy will be fulfilled if we embrace statistical prediction as an important part of psychological science,” Garb said.

Virginia Commonwealth University’s Kenneth Seedman Kendler, who studies the genetics of psychiatric disorders and was heavily involved in drafting the DSM-5, praised the accuracy of Meehl’s early thoughts about the nature of schizophrenia. Roughly half a century ago, Meehl proposed, among other things, that disorder could be indexed or predicted by a series of non-psychotic symptoms and signs.

Subsequent research on schizophrenia — much of it conducted by Kendler and collaborators — confirmed many (though not all) of Meehl’s theories. There’s now evidence of a substantial genetic relationship between a schizotypic personality disorder and schizophrenia itself, and a strong correlation with neuro-psychological dysfunctions.

“Has this been a fertile paradigm?” asked Kendler rhetorically. “I think the answer is absolutely yes. … It’s really stood the test of time well.”

Robert F. Krueger, who directs clinical training at the University of Minnesota and overlapped there with Meehl, recalled with awe the thoughtful notes Meehl used to write him after a publication. “He was one of the best colleagues you could ever want,” Krueger said.

Krueger, who was also involved in parts of the DSM-5, discussed the empirical approach he takes toward psychopathology. Rather than deduce mental disorders in a clinical sense and then try to define them, his method induces their pattern through data that capture the symptoms.

The work revealed the clinical intuitions Meehl expressed but had been unable to test, said Krueger, who added that he was pleased to see the DSM finally “slouching toward empiricism.”

Denny Borsboom of the University of Amsterdam, the Netherlands, traced part of his reason for becoming a rigorous methodologist to an article Meehl published on the “excessive reliance on significance testing” in 1978. 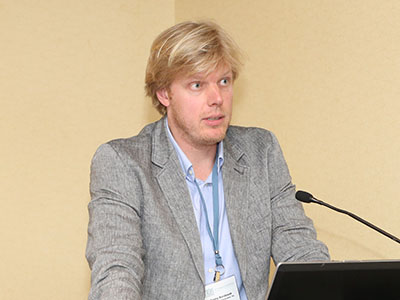 Denny Borsboom, University of Amsterdam, the Netherlands, traced part of his reason for becoming a rigorous methodologist to an article Meehl published in 1978 on the “excessive reliance on significance testing.”

Borsboom uses a network approach to consider the nature of mental disorders in unorthodox ways. He’s built a model of depression to show how stress can influence related symptoms in different ways.

When connectivity between the symptoms is low, such as in a healthy person, there’s a gradual slope toward depression as outside stress increases, and a gradual diminishing as the stress wears off. When connectivity is stronger, however, Borsboom’s models show a discontinuous jump from normality to depression.

The work reveals some of the flaws in the idea that depression presents itself the same way in every person. “The structure of depression may not just vary from person to person,” Borsboom said, “it may vary from time to time.”

Meehl himself got in a posthumous word at the symposium. Back in 1989, someone decided to record Meehl’s famed graduate course on philosophical psychology at the University of Minnesota for posterity, and the clips are now available online (at www.psych.umn.edu/meehlvideos.php). In one segment, Meehl explained that the difference between psychological scientists who respect data and pseudo-scientists is that the former “play the game honestly.”

“If you get to the point you say ‘I’m going to cling to this damn theory whatever happens, come hell or high water’ … then of course you’re not playing the scientific game anymore,” he said.

Meehl, P. E. (1954). Clinical versus statistical prediction: A theoretical analysis and a review of the evidence. Minneapolis: University of Minnesota Press.

This is a very sweet memoir to personally honor Dr Meehl’s legacy. I am pleased to have stumbled upon this. Thank you for the time and effort taken to produce this so we may all honor Dr Meel somewhat.