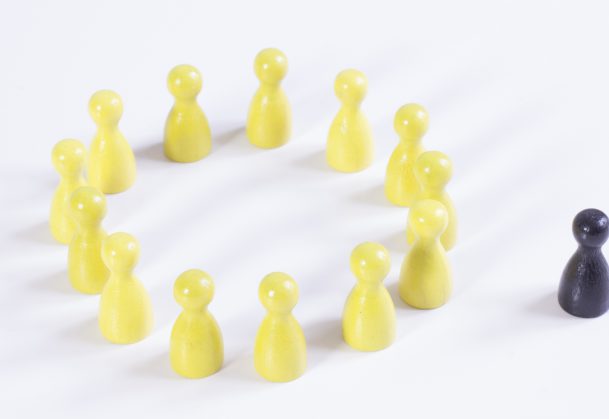 The United States is once again confronting its history of racial discrimination and inequity. We must now turn grief into action and loss into calls for reform. (June 2020)

Psychological researchers are examining the complexities of racism and xenophobia at both the interpersonal and societal levels. (Research Topic)

Public trust in the police has remained flat despite decreasing crime rates, a problem that has become especially salient in the wake of recent incidents involving police use of force against unarmed people of color in the United States. (Research Topic)

A study involving Dutch Police Academy recruits suggests that aggressive individuals may be more sensitive to the effects of testosterone when faced with emotionally charged situations. (Psychological Science, June 2019)

Psychological scientists describe research on the enduring and often hidden presence of racism at both the interpersonal and societal levels. (Current Directions in Psychological Science, June 2018)

The Bias Beneath: Two Decades of Measuring Implicit Associations

Since its debut in 1998, an online test has allowed people to discover prejudices that lurk beneath their awareness—attitudes that researchers wouldn’t be able to identify through participant self-reports. (Observer, February 2018)

Psychological Research: Racial Biases in the Peer-review and Publishing Enterprise

Researchers closely examine the racial dimensions of what they consider to be top-tier cognitive, developmental, and social psychology journals. More

A review of some of the research on the nature of racism and the social processes that maintain it; the issues of structural and institutional racism; the consequences of various forms of racism; and possible paths of action to combat racism. More