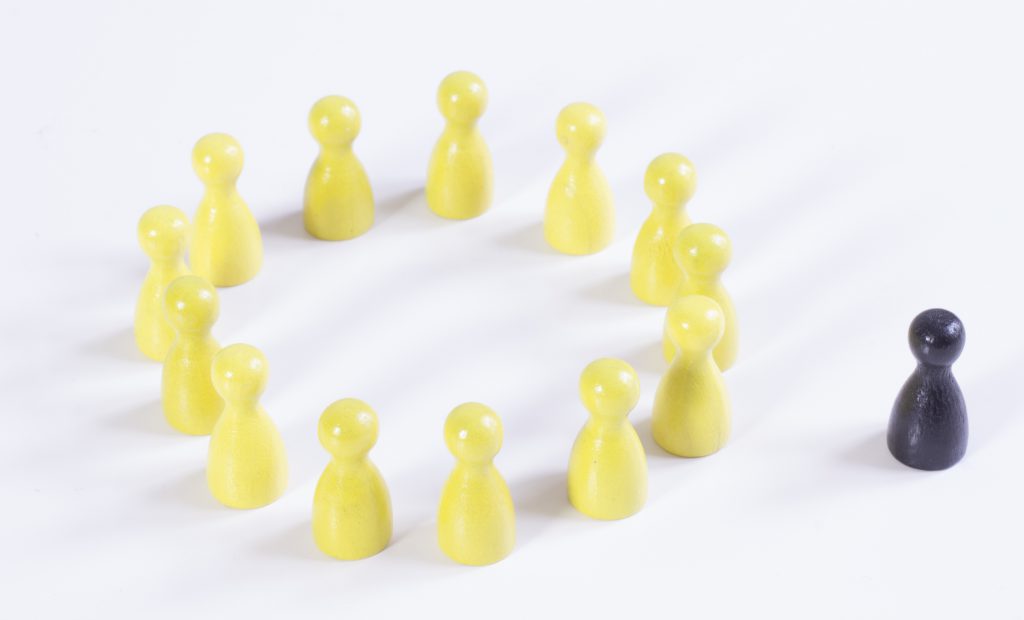 White supremacist marches and xenophobic Twitter rants have brought overt racism to the center of public attention in recent months. Even still, subtle, structural, and systemic forms of racism continue to lurk in what is becoming an increasingly racially diverse United States. In a new collection of scholarly articles, psychological scientists describe research on the enduring and often hidden presence of racism at both the interpersonal and societal levels.

The articles are published in a special issue of Current Directions in Psychological Science. APS Past Board Member Jennifer Richeson, who has earned multiple awards and honors for her research on intergroup relations, including a MacArthur Genius Award, is editor of the special issue.

“Although a special issue is decidedly insufficient to cover all of the emerging research on the psychology of racism, the papers included here are poised to better position psychological science to inform and shape more thoughtful discourse regarding the nature of racism, how it affects individual cognition and health, and, importantly, how best to combat it,” Richeson, a Yale University professor, writes in her introduction to the issue.

In one article, Richeson, with lead author Maureen Craig of New York University, and Julian Rucker of Yale University, highlights research showing the perceived threat that many White people feel when they anticipate increases in the of population of minorities. These perceptions can generate prejudice, discrimination, and anti-immigration sentiments. Future research should examine how resistance to demographic changes can be tempered (or worsened) by the rise in intergroup interactions that will occur as neighborhoods and communities grow more diverse, the authors say.

Other articles in the issue review research examining how individuals and societies sustain racial disparities. Studies have shown that White people often cloak or deny their privileged position by, for example, underestimating their advantages in wealth and employment. Even the egalitarian “color-blind” ideology often embraced in schools and workplaces can reduce sensitivity to racism and the unique needs of minorities. Research suggests that learning about racial disparities, such as the disproportionate number of Black individuals in prison, can prompt people to associate Blackness with crime and, consequently, lead them to justify existing crime policies.

Several articles in the issue address research on ethnic/racial identity and psychological health, cultural patterns and institutional realities that support racism, and the association between discrimination and physical health among African Americans.

One theme throughout the articles is the power of positive interactions between majority and marginalized groups. The more that White individuals interact with people of other races and ethnicities, the less threatened they feel by changing demographics and the more invested they become in the well-being of those groups, research suggests. But, the continuing persistence of racial segregation in neighborhoods, schools, and the like limits the potential for such contact to take place. There is also evidence indicating that the endorsement of multiculturalism — as opposed to color-blindness — is an effective way to lower prejudice (although some studies show negative effects such as heightened racial stereotyping).

Some of the foremost scholars on racism and diversity contributed to the collection, including APS Fellow Jennifer Eberhardt (Stanford University), whose work on racial disparities in criminal justice earned her a MacArthur Genius Award; Victoria Plaut, a University of California, Berkeley professor widely recognized for her research on multiculturalism and diversity; Fordham University professor Tiffany Yip, who studies ethnic identity and academic outcomes; and Linda Tropp, an Emory University professor who studies intergroup relations.

The special issue is available free to the public.

To learn more about Jennifer Richeson’s work, watch her interview for Inside the Psychologist’s Studio.