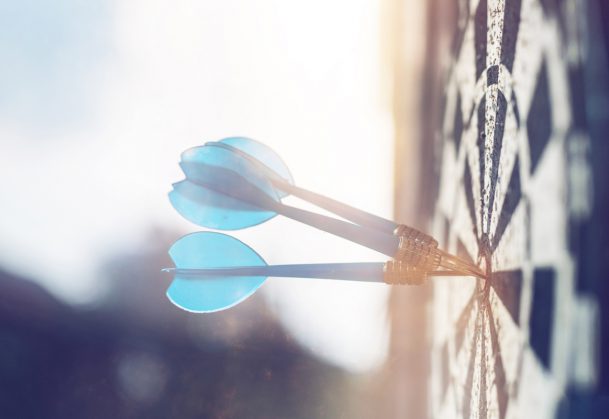 Humans are an easily distracted species — if you don’t believe it, just look at everyone around you on a smartphone right now — but we’ve always longed for ways to regulate our own attention. In an ancient Hindu book called the Bhagavad Gita, Arjuna remarks to Krishna that the mind “is as difficult to control as the wind.” The blessed lord replies that with practice and indifference to worldly objects, the mind indeed can be restrained.

In the 2,500 years since that conversation was written, psychological science has figured out quite a bit about controlling the mind, said APS William James Fellow Michael I. Posner of the University of Oregon during the Fred Kavli Keynote Address at the 2015 APS Annual Convention. We know how the attention system develops in childhood, how it operates in adults, and, yes, how to restrain it with practice.

We even recognize how these insights might help relieve mental illness. “There are many, many attractive projects in psychology these days,” said Posner. “I believe among them will be the effort to understand attention in a way which can improve the human condition.”

From Orienting to Executive Networks

Posner defined attention, broadly, as involving two neural networks. One is called the “orienting network.” This is the part of the brain that helps us (for lack of a better synonym) orient to external stimuli in our environment. The other neural system is called the executive network, which helps us resolve conflicts and (same caveat) execute goals. One of the key areas that assists this executive network is the anterior cingulate gyrus.

In recent years, Posner and other psychological scientists have discovered that during infancy, the orienting network handles most of the regulatory functions. (Much of Posner’s work has been conducted with University of Oregon colleague Mary Rothbart, his longtime research partner.) Later in childhood, the executive network begins to assume most of the responsibility for maintaining attention.

“What I think is remarkable is we now know there’s a shift in the underlying neural networks that allows this control to occur,” Posner said.

For a while, psychological scientists wondered whether infants had executive networks at all. But a 2006 study led by Andrea Berger of Ben-Gurion University of the Negev, Israel, with Posner collaborating, offered evidence that they do. The researchers adapted a method developed by APS Fellow Karen Wynn of Yale University (1992). They showed 7-month-olds a screen with a puppet. At one point, a hand came in and placed down another puppet, but in the next shot there was only one puppet again. Infants who saw this error looked at the screen longer than those who didn’t, signaling that they were paying attention to this conflict.

All the while, the infants had 256 electrodes strapped to their heads. Berger and colleagues detected a brain marker in infants that nearly matched what they found in adults when they detect errors (e.g., the puppet mismatch). What’s more, the brain marker was found over the midline electrodes — those that are related to the anterior cingulate gyrus — an early sign that the executive attention network does exist in infants, if undeveloped.

“What we believe is the executive attention network is there but it is not really carrying out control because of the lack of connectivity,” said Posner.

One of the standard psychological tools for Posner’s line of research is the Attention Network Test (ANT). Study participants watch a target arrow; they press a left button if the arrow is pointing left, and a right button if it’s pointing right. The target arrow can be flanked by congruent arrows (pointing the same way) or incongruent arrows (going different directions). The reaction time between congruent and incongruent trials is a strong measure of the executive attention network.

Work by Posner and Rothbart has shown that these ANT reaction times correlate very closely with behavioral measures of self-control. That’s important, because self-control itself has been found to be a significant indicator of future success in life. A 2011 study in Proceedings of the National Academy of Sciences reported that higher effortful-control scores as early as age 4 can predict health (less sickness), wealth (higher income), social relations (reduced likelihood of being a single parent), and crime (lower rates) at age 35 (Moffitt et al., 2011).

“It raises the question: If we can train this function, then perhaps we can improve the human condition,” said Posner.

Two Ways to Train the Mind

Indeed, Posner and others have validated the ancient belief that people can learn to control their minds through practice. So far they have hit on two main approaches: attention training and attention state training (Tang & Posner, 2009).

Attention training helps strengthen the mind with straightforward executive network tasks. In one study led by María del Rosario (Charo) Rueda of the University of Granada, Spain, young children were given a juvenile version of the ANT, and then trained for 5 days on using a joystick to control movement, improving working memory, and resolving mental conflicts.

When they took the ANT again at the end of the training period, the children showed changes in the brain network toward the direction of adult functioning. In other words, a simple 5-day regimen had improved their attention. At least 10 subsequent studies, using a variety of executive training methods, have found improved performance due to training, said Posner.

“There seems to be a variety of ways to do such improvement,” he said.

Then there’s attention state training — one form is known in everyday terms as mindfulness meditation. Posner teamed up with APS Fellow Yi-Yuan Tang, a psychological scientist at Texas Tech University who invented a form of mindfulness training known as Integrative Body-Mind Training (IBMT). In a 2007 paper, Posner, Tang, and their colleagues reported that test participants given a mere 5 days of IBMT training showed higher executive attention (as well as greater positive mood and less secretion of the stress hormone cortisol) compared with a control group that just did basic relaxation tasks. Simply put, their minds seemed to exert more control.

Subsequent tests found that white matter around the anterior cingulate seemed to change following 2 to 4 weeks of IBMT. So, a month of meditation had altered the brain structure in critical parts of the attention network. Posner isn’t quite sure how that happened, but he thinks it has something to do with the theta rhythms produced by IBMT. Cris Niell of the University of Oregon is testing that idea right now using mice in a cage receiving theta stimulations via a laser light inserted under a tiny protective skullcap.

Posner hopes that psychology’s growing understanding of the nature of attention and self-control eventually will help resolve some of the mental-health problems that can occur when it breaks down. Take, for instance, smoking addiction. For a 2013 study, Tang and Posner recruited a group of smokers and nonsmokers, randomly assigning some to receive basic relaxation training and some to receive IBMT. After just 2 weeks of training, the IBMT group (but not the relaxation group) showed a significant reduction in cigarette consumption — 60%, the researchers report in PNAS. Brain scans confirmed an increase in brain activity in areas related to self-control, including the good old anterior cingulate.

What really amazed Posner was that many of the subjects didn’t even realize they were smoking less, despite the fact that some of the reduction levels approached those of a quitter. The changes in their brain had given them more self-control without their realizing it. “There was a complete discordance between the subjective opinion of whether they quit smoking — whether they knew they quit smoking — and the objective measure,” said Posner.

At the end of his talk, Posner apologized to the packed ballroom for going 4 minutes longer than scheduled. He thanked them for controlling their attention so impressively, especially as cocktail hour approached.

Awesome read. I need to read more stuff like this. I absolutely love psychology. I was wondering, might anyone be able to better inform me on the implications of this change in white matter in the anterior cingulate gyrus? I learned a lot about meditation this semester in A Stress Management class, and I’m incredibly interested in meditation’s ability to manipulate brain structures. How is “change” being defined? More white matter, I would assume? Even if anyone is theorizing I’d still like to know!! I want to do research in Neuropsychology one day so churning the theoretical pot will definitely prepare my brain for such tasks.

its just like the Alfred Adler’s individual psychology . but in some way different . is not it ?

Is there any way to get the video back? I was unable to attend this year and I would be interested in seeing this talk.

Hi Caitlin, our apologies! The correct video should appear on the page now. Best, Mariko

HeR name was Sam

HI, I can make a object spin on a cord make It spin fast make it stop or go back woulds.AT my works they can not be leve it. why does this do this.

I want to hear more about Michael Hill make an object spin.