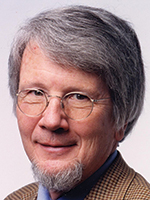 Charles R. (Randy) Gallistel, an APS William James Fellow, has brought psychophysical methods to bear on the study of learning and memory, providing insight into underlying neurobiological mechanisms. With the late John Gibbon, he developed a novel theory of classical conditioning. His research has helped define the basic quantitative properties of the neural substrate for brain stimulation reward. The book The Child’s Understanding of Number, which he coauthored with Past APS Board Member Rochel Gelman (Rutgers University), has served as the basic source for a generation of studies of numerical reasoning.

Among Gallistel’s best known works is his research on space and time. At the psychophysical level, these studies have revolutionized our understanding of the mechanisms that enable animals — ranging from wasps to rats to humans — to locate themselves and move through space and time. At higher levels, he has provided rich theoretical and experimental insight into how these organisms represent the spatial and temporal structure of the world as they experience it.

His work on quantitative reasoning has ranged from probing the neurological bases of quantitative inference in animals to studying the evolution of numerical representation in the human child. In recent years, this work has extended to the question of how, in the case of humans, these representations may influence and be influenced by their expression in the languages of the world.

Another important facet of Gallistel’s scholarly contribution has been synthesis and integration. In particular, his books The Organization of Action: Why Cognitive Science Will Transform Neuroscience (1980), The Organization of Learning (1990), and Memory and the Computational Brain (2009; coauthored with Adam King of Fairfield University) blend vast and diverse experimental literatures. These works have significantly influenced scholarly communities ranging from neurophysiology to cognitive science to the philosophy of mind.

More recently, Gallistel has pursued a psychophysical research approach to screening for memory malfunction in genetically manipulated mice. This work involves developing behavioral screening methods that distinguish between genetic defects in memory per se and genetic defects in the many processes that affect the extent to and manner in which memory is manifest in behavior. 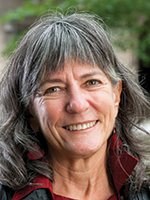 Susan Goldin-Meadow has been elected President of the APS Board of Directors for the 2016–2017 school year. She is the Beardsley Ruml Distinguished Service Professor at the University of Chicago.

Goldin-Meadow studies language and gesture. She has observed language creation in children who do not have access to a usable model for language — deaf children whose hearing losses are so severe that they cannot learn the spoken language around them and whose hearing parents have not exposed them to a sign language. Despite their lack of linguistic input, these children develop gestures, called homesigns, that display many, although not all, of the structures found in the spoken and signed systems developed by children learning language from conventional language models. She has studied these homesign systems in the United States, China, Turkey, and Nicaragua and found similarities across the systems despite cultural variation. The Nicaraguan situation is particularly interesting, as homesign in that country was the first step in a newly emerging sign language, Nicaraguan Sign Language, and thus gives us insight into where language comes from.

In another line of research, Goldin-Meadow studies the gestures that hearing people produce when they talk. She has homed in on situations in which gestures and speech don’t match, such as when a child explaining how to solve an arithmetic problem produces gestures that convey a problem-solving strategy that is different from the strategy conveyed in her speech. Goldin-Meadow has shown that mismatches of this sort are a signal that the speaker is open to instruction in the problem at hand. Gestures not only reflect a speaker’s knowledge but also can help change that knowledge: They play an active role in learning.

Goldin-Meadow’s many accolades include the APS William James Fellow Award, which she received at the May 2015 APS Annual Convention. She also received a Fellowship from the Guggenheim Foundation and was a founding member of APS. She is a fellow of the American Academy of Arts and Sciences, the American Association for the Advancement of Science, the American Psychological Association, and the Linguistic Society of America. She has served as a Member-at-Large on the APS Board of Directors and as Chair of the Section on Linguistics and Language Science and Chair of the Section on Psychology at AAAS. Goldin-Meadow’s books include The Resilience of Language: What Gesture Creation in Deaf Children Can Tell Us About How All Children Learn Language (2003), Hearing Gesture: How Our Hands Help Us Think (2003), and Language in Mind: Advances in the Study of Language and Thought (2003; edited with APS Fellow Dedre Gentner of Northwestern University). 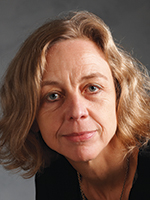 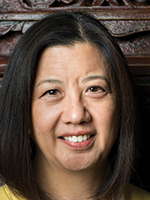 Cindy M. Yee-Bradbury is Professor and Director of Clinical Science Training in the Department of Psychology at the University of California, Los Angeles, and Professor in the Department of Psychiatry and Biobehavioral Sciences at the UCLA David Geffen School of Medicine. She codirects the UCLA Laboratory for Clinical and Affective Psychophysiology, where she studies cognitive and affective abnormalities in schizophrenia as reflected by central and autonomic nervous system dysfunction. Her research examines how interactions among attention, working memory, emotion, and stress contribute to risk for psychosis and dysfunction in schizophrenia and how they may suggest pathways for intervention. Yee-Bradbury was involved in a critical push to alter the wording of a 2012 National Science Foundation funding bill that previously excluded students in clinical and counseling programs from eligibility. The effort eventually led to more inclusive phrasing that allows students in clinical science programs to receive funding for their nonclinical research. Yee-Bradbury has coauthored a book, Abnormal Psychology: Essential Cases and Readings (2002), with APS Fellow Thomas N. Bradbury, also of UCLA.