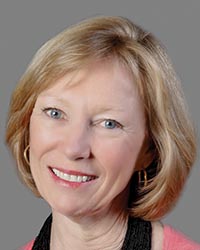 Throughout 2015, the Observer is commemorating the silver anniversary of APS’s flagship journal. In addition to research reports, the first issue of Psychological Science, released in January 1990, included four general articles covering specific lines of study. Among those articles was “Facts, Fantasies, and the Future of Child Care in the United States,” authored by developmental psychologists Sandra Scarr (a University of Virginia professor who would later become an APS President), Deborah A. Phillips (an APS Fellow now at Georgetown University), and Kathleen McCartney (now an APS Fellow who is president of Smith College).

The authors concluded at that time that the lack of longitudinal studies of child care — in all of its diversity — and minimal attention to both home and child care environments as they affect children’s development made it difficult to make definitive statements about the direct effects of child care on children. They wrote,

Rather, we have documented effects that appear to be caused by child care, but may be
attributable to children’s case histories, temperaments, families, or to complex interactions
among these and other circumstances. (p. 33)

In the following essay, Deborah A. Phillips, one of the authors of the article, discusses how both the science of and policy on child care have evolved since she and her colleagues crafted their piece a quarter century ago.

“Facts, Fantasies, and the Future of Child Care in the United States” was written prior to several landmark moments in our understanding of child development. It would be another 10 years before the National Research Council and Institute of Medicine of the National Academies would release From Neurons to Neighborhoods: The Science of Early Childhood Development (Shonkoff & Phillips, 2000). The US Centers for Disease Control and Prevention’s Adverse Childhood Experiences Study, linking early adversity to stress and compromised adult health and longevity, would not recruit its first subject for another 6 years. The human genome had not yet been mapped.

Perhaps most consequential, the children of the NICHD Study of Early Child Care and Youth Development, which was launched to provide longitudinal data that could inform the controversy about infant child care, had not yet been born (NICHD ECCRN, 2005). That study’s findings put to rest concerns that reliance on child care would undermine infant–mother attachment but have continued to fuel concerns about the consequences of extensive hours in child care for children’s social behavior, especially when children are in poor-quality arrangements (McCartney et al., 2010; Vandell, Belsky, Burchinal, Vandergrift, & Steinberg, 2010). Results from the NICHD study, along with other research, have also rectified the lack of evidence, highlighted in “Facts,” on the “vast heterogeneity” of child care settings (NICHD ECCRN, 2000) and interactions between children’s home and child care environments (Watamura, Phillips, Morrissey, McCartney, & Bub, 2011). Scientists are extending that latter line of work to consider child care as part of a broader matrix of important settings, including child welfare agencies and health and mental health care systems, in young children’s lives (Meloy & Phillips, 2012).

With regard to the enduring question of “What is quality?” in child care, discussion of caregiver qualifications has moved away from a focus on formal education and degrees and toward an emphasis on the knowledge and skills of effective early-childhood teachers and the conditions and supports they need to utilize their skills. Global measures of quality have shifted toward more nuanced assessments of both the social–emotional support and security and the domain-specific instructional substance and stimulation provided by early-childhood teachers (Johnson, in press; Jones, in press; Yoshikawa et al., 2013).

What Scarr, McCartney, and I did not even imagine in 1990, however, was how dramatically three developments would affect debates about child care:

(1) Research in public health, developmental neuroscience, and epigenetics has led to new understandings of how adversity affects life trajectories and has redirected national attention to the importance of the earliest years. The roles of both parents and child care providers in providing developmentally expected, biologically essential supports for early brain and behavioral development have been a centerpiece of this evidence-based story (Gunnar, Kryzer, Van Ryzin, & Phillips, 2010, 2011; National Scientific Council on the Developing Child, 2005/2014, 2012).

(2) Both cost–benefit data and evidence that race- and income-based achievement gaps open up during the early childhood years — and tend to widen as children progress through school — have provided solid arguments for the economic, educational, and societal benefits of investing in high-quality early education (Bartik, Gormley, & Adelstein, 2012; Reynolds, Temple, White, Ou, & Robertson, 2011).

(3) The proliferation of state prekindergarten programs in the past 15 years has added a significant new player to the mix of options for the care and education of young children and has generated a new line of rigorous evaluation evidence regarding the positive developmental impacts of high-quality child care experiences.

As a result, the facts generated by the past 25 years of research have not only addressed many of the questions about child care and children’s development that we raised in our Psychological Science article but also contributed to substantially more informed national conversations about the consequences of neglecting the needs of young children in the nation’s early care and education settings.

The frontiers of child care research today include the following:

(2) efforts to address the question of whether the immediate gains produced by high-quality early childhood programs are short-lived or sustained with assessments of the mid- and long-term impacts of at-scale state pre-K programs (Hill, Gormley, & Adelstein, in press; Phillips, Gormley, & Anderson, 2015);

(3) examination of both patterns of child care use and impacts of child care on understudied populations, including immigrant children and those with special needs (Johnson, Han, Ruhm, & Waldfogel, 2014; Phillips & Meloy, 2012);

(4) attempts to identify not only the key ingredients but also the thresholds of quality that need to be reached to ensure positive developmental outcomes (Burchinal, Vandergrift, Pianta, & Mashburn, 2010; Finch, Johnson, & Phillips, in press; Vandell et al., 2010); and

(5) efforts to understand how federal child care policies affect patterns of access to child care and impacts of care on children and their parents across families from various demographic groups, including low-income families and immigrants (Johnson, Martin, & Brooks-Gunn, 2013; Johnson, Martin, & Ryan, 2014).

The facts about child care policy have also shifted dramatically over the past 25 years. The nation now has a family leave law, albeit one that is woefully inadequate by international standards (Waldfogel, 2006). Expansions of Head Start and the establishment of Early Head Start, alongside the growth of state prekindergarten programs, are promising developments. Federal and state expenditures on — and funding streams for — child care have also grown substantially, but with minimal restrictions on where dollars are spent. The federal government started this trend in 1990 with the passage of the Child Care and Development Block Grant. That program prioritized access and a market-based (voucher) approach to child care for low-income families, with minimal attention to quality protections or improvements (Lombardi, 2003). The net result is an even more complex “mixed-delivery” system (with “braided” funding streams) than existed when “Facts” was written.

Yet the triad of pressing policy issues that we raised in 1990 — quality, affordability, and caregiver working conditions — remains in urgent need of attention today. While there has been growing attention to the quality of early-childhood settings in the form, for example, of state Early Learning Standards and Quality and Improvement Rating Systems, there is still no assurance that any child in any early care and education setting in the United States will experience safe, developmentally supportive care and education (Nores & Barnett, 2014). Wide variation in child care quality remains the norm both across and within different types of settings in different states. Tensions between access and quality are still severe.

But it is the latter two issues that remain virtually unaddressed. Parent fees for child care have doubled since 1997 (Laughlin, 2013); the share of family income subsumed by child care costs still shows a gaping disparity between nonpoor (7.6%) and poor (30.1%) families. Child care workers and teachers continue to earn wages that hover near the poverty line and fall well below those of elementary school teachers, even among comparably degreed teachers. Not surprisingly, child care staff face exceedingly high levels of economic distress and rely heavily on public health, food, and income supports (Whitebook, Phillips, & Howes, 2014).

As was the case in 1990, the future of child care in the United States will depend heavily on the nation’s capacity and will to address the issues of quality, affordability, and staff working conditions. President Obama has made preschool education and child care quality national policy priorities for the first time in more than 4 decades. The historical separation between child care (for working parents) and early education (for children’s development) is gradually eroding, as belied not only by growing reliance on “early care and education” as the term of art for this domain of research and policy, but also by recent policy developments that simultaneously address access and quality and encourage coordination across child care and early-education funding streams.

These developments, among others, are accompanied by exceedingly high expectations of what early childhood programs can accomplish, effectively assigning them a dual purpose as the first step on a trajectory of academic and economic success for all children, and as wise economic policy for the nation. The future of child care, and of the nation, hinges on both research and policies that will ensure that these expectations become facts, not fantasies. 

National Scientific Council on the Developing Child (2012). The science of neglect: The persistent absence of responsive care disrupts the developing brain (Working Paper no. 12). Retrieved from http://www.developingchild.harvard.edu.

Deborah A. Phillips is Professor of Psychology and Associated Faculty in the Public Policy Institute at Georgetown University. Her research focuses on the developmental effects of early childhood programs and includes research on child care, Head Start, and prekindergarten programs. Phillips serves on the National Board for Education Sciences for the US Department of Education.