Observer > 2018 > February > Emotions in Context: What We Know About How We Feel

Emotions motivate behaviors, rational or not. They are the “colors of the soul,” according to Tanja Michael, who spoke at the 2017 International Convention of Psychological Science in Vienna, Austria. Michael is a professor and department chair in the Clinical Psychology and Psychotherapy Department at Saarland University in Germany. She explained that fascination with emotions inspires many researchers and clinicians to enter the field of psychology and behavioral science. Emotions have huge implications for clinical psychology, as patients generally seek treatment because of feelings as opposed to thoughts or behaviors. Patients may feel sad, anxious, or discontent, or perhaps don’t feel much at all — as may be the case with depression or other conditions that leave people feeling “numb.” Michael advocates for integrating different arenas of emotional research, and she suggested the symposium she was chairing might be an aide to that integration. 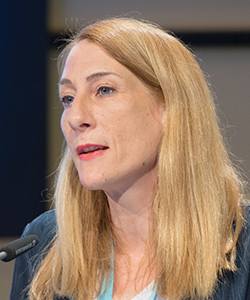 Patients often seek treatment not for specific thoughts or behaviors, but for feelings of sadness, anxiety, and discontent, heightening the need to fully integrate emotional research into clinical psychology, says Tanja Michael.

Early culture and emotion researchers started with the hypothesis that people in different cultures would experience emotions differently or experience the same emotions at different frequencies. But study data from around the world showed little difference in people’s day-to-day emotional experiences. Researcher focus then shifted to the question of whether different cultures had different “ideal affects” — that is, different ideas about which emotions are desirable.

There were reliable differences in ideal affects, however. Cross-culturally, people characterize emotions as positive or negative (called “valence”) and stimulating or soothing (called “arousal”). “Ecstatic” and “relaxed” are both positive-valence emotions, for example, but “ecstatic” is high arousal, while “relaxed” is low arousal.

“Cultural factors may shape how we want to feel more than how we actually feel,” Tsai said. 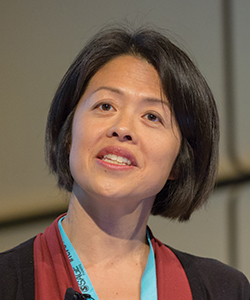 Jeanne Tsai has found that culture can influence the desirability of different types of positive emotions; European Americans seek out high-arousal feelings such as excitement rather than relaxation and Chinese prefer calm to elation.

A culture’s ideal affect is likely both reflected and reinforced by media.

“We learn a lot from the media, but the media are also a product of a culture’s values,” Tsai said.

Ideal affect may influence social interactions as well. If we meet someone who shows our ideal affect, we may be more apt to like, trust, help, or show generosity toward them. Tsai described a dictator game in which European Americans and Koreans were given money, then asked whether or not they wanted to share it with a potential recipient. They were shown a picture of the stranger who was either smiling excitedly, displaying a calm demeanor, or showing a neutral expression. European Americans wanted to give more money to excited-looking versus calm-looking recipients compared with the Korean participants. These findings held regardless of the race or sex of the recipient.

“Culture influences how we ideally want to feel. That influences whom we trust, and then, ultimately, how much we give to those recipients,” she said.

These finding suggest that seeing an ideal affect in an individual may prompt people to categorize that other person as an in-group or out-group member — even more so than the person’s race, the psychological scientist added.

Tsai and her collaborators have also begun studying whether an ideal affect match allows patients and physicians, educators and students, or bosses and employees to communicate more effectively.

Psychological disorders often have emotional components such as fear or sadness. Salzburg University psychological scientist Frank Wilhelm and his colleagues have developed novel naturalistic experimental psychopathology approaches that can link basic emotion with clinical research. Based on a thorough understanding of the psychophysiology of emotion, their recent research provides new insights into the emotional learning etiology of mental disorders. 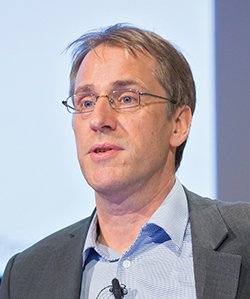 Frank Wilhelm says the intrusive memories associated with post traumatic stress disorder can be studied in a nonclinical setting by using films to cause social Pavlovian conditioning.

For example, psychological processes of post traumatic stress disorder (PTSD), a severe disorder characterized by emotional re-experiencing of trauma memories (e.g., “intrusions”), can be studied using a nonclinical experimental analog combining Pavlovian fear conditioning with trauma films. This research revealed that intrusions are conditioned responses to trauma cues and that elevated peritraumatic conditionability in women (vs. men) explains their higher intrusion frequency and distress. However, women with higher levels of the sex hormone estradiol were in part protected from this effect.

Other studies expanded this approach using videos of aversive social encounters to investigate to what degree person perception is influenced by what the researchers termed “social Pavlovian conditioning.” Pictures of individuals that were coupled with videos of aversive social encounters with this person were appraised as being more negative. This social learning was highly enduring, and effects were still being demonstrated after 1 year.

When we experience emotions, are we reacting quickly as though by reflex? Or is it a slower, more deliberate appraisal that leads to our various emotions? APS Fellow Ralph Adolphs of the Emotion and Social Cognition Lab at the California Institute of Technology employs brain-imaging technology in an effort to answer these questions.

Adolphs and colleagues have been able to run tests on a subject, “SM,” who seems to be missing an emotion. SM has lesions in both brain hemispheres where her amygdala would normally be. 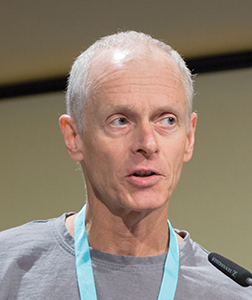 Ralph Adolphs says studies of people with amygdala impairments suggest that emotions may result from a deliberate appraisal of our environment rather than reflex.

“This patient has a remarkably selective impairment in a single emotion: fear,” Adolphs said. SM can handle snakes, scary movies, and haunted houses without any evidence of alarm, and she reports not feeling afraid in her day-to-day life.

Theorizing that fear is not a single emotion, researchers conducted a test on SM and two other participants who had the same condition to arouse fear without an external threat: They induced a panic attack. They piped carbon dioxide through a mask for less than a minute, enough time to produce a suffocating sensation. While this experience will trigger a panic attack in about 25% of the general population, it sparked panic in all three participants in this experiment, Adolphs said. These individuals, who typically walked through life without dread or terror, now reported experiencing the most intense fear they had ever experienced.

This suggests that the emotion of fear may need to be broken down further into categories if it is to accurately reflect the human experience, Adolphs said. Perhaps distant threats elicit a different response than do dangers that appear relatively proximate or those that are life-threatening. For example, hiking in an area where bears have been spotted in the past month is different than seeing a bear itself on the trail, which again is different than seeing the bear charge in your direction.

Research into people with amygdala impairment has shown that they can’t recognize fear on other people’s faces either, Adolphs reported. This suggests, he said, that something in the emotional recognition system of the brain is using a slow, multistep process to detect emotion.

People with no amygdala impairment looking at ambiguous faces show brain activity based on their interpretation of the face. This is more support that appraisal is a major part of emotion perception and evidence against a more reflex-like emotional system, Adolphs said.

Observer > 2018 > February > Emotions in Context: What We Know About How We Feel

I loved the clarity of your article, “Emotions in context: What we know about how we feel” in the February 2018 Observer. I want to quote a few of your juicy sentences in a book I am writing. Would you kindly send me a PDF that shows the page numbers of your article? I have read only the version on the APS web site, but would like to provide my readers with an exact citation of your beautifully crafted sentences.

I sometimes have to be careful not to believe what I think.