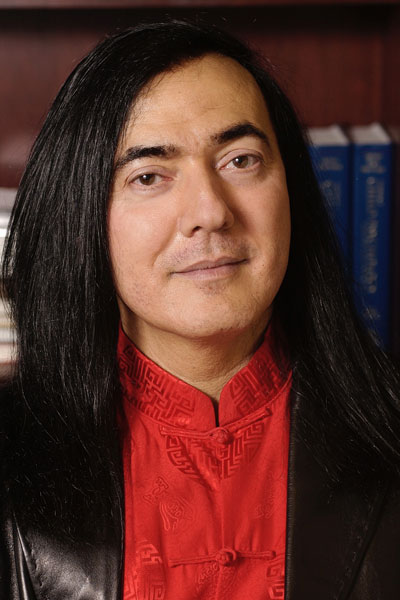 APS Fellow Dante Cicchetti is Presidential Chair and William Harris Professor of Child Development and Psychiatry at the University of Minnesota. Cicchetti has received numerous awards for his work in developmental science as well as his work on policy and practice related to child maltreatment, depression, and mental retardation. In 1984, he joined Mt. Hope Family Center — a research and treatment center for children and their families — where he served as Director until 2005. Cicchetti took some time to speak with the APS Student Caucus (APSSC) about his career and to provide some advice for current graduate students.

APSSC: How did you develop your current research interests, and how have they influenced you as a person and a professional?

DC: Much of my research has been influenced by my own experiences. Early encounters with poverty and harsh conditions played a major role in fueling my research interest in child maltreatment. Virtually every biological and psychological system is impacted by pathogenic experiences in child maltreatment, which allowed me to investigate biological and psychological mechanisms that contribute to resilience and psychopathology, and to translate this work into interventions that would help maltreated children. Investigating the causes and consequences of child maltreatment, along with other topics I have studied (such as depression), has contributed greatly to my personal growth by providing me with insight into the complexity of developmental processes.

What suggestions do you have for choosing an area of study?

Choosing one area to study was tough for me. Many of my professors in graduate school urged me to focus on one thing. I certainly thought long and hard about what they said because they were superb scientists. For many graduate students, adopting a multilevel perspective may not be the best way to proceed. For me, it was the natural thing to do. I was focused on helping to build a multidisciplinary field — developmental psychopathology. Fortunately, my PhD advisor in clinical psychology, Paul Meehl, was very supportive of my approach. Paul urged me to pursue my passions. As a graduate student, it is important to know yourself. I would hate to discourage anyone who has a broad focus because they may have the ability to develop more integrative models, research programs, and methods.

How did you select a graduate program?

My undergraduate research mentor, Alex Siegel, received his PhD from Minnesota, and I knew he was an extremely talented and productive psychologist. There were also a number of professors at Minnesota whose areas of expertise were compatible with my interests. When I was offered admission to Minnesota, I was thrilled. It was my dream school, and I never regretted my choice.

What were the most rewarding aspects of graduate school?

At Minnesota, there were great faculty who were committed to mentoring, and much of the work going on in my mentors’ laboratories was cutting edge, so it was exciting to work there. My mentors also supported my ideas. They weren’t looking to work with students who didn’t have their own goals and aspirations. Their willingness to support my ideas prepared me to become a successful academic.  My peers were as valuable a resource to me as my professors were. I learned a lot from my interactions, discussions, and collaborations with them. To this day, I teach my graduate students to respect their peers and learn from them rather than view them as competitors.

How should a graduate student work towards becoming a first-rate researcher?

In the seminar on developmental psychopathology I teach to first-year graduate students, I ask them to name their intellectual passion. Despite their high intelligence and excellent GRE scores, a number of them have no idea what truly moves them. It is critical to find your passion. In addition to finding their passion, graduate students must find the right mentor (or mentors) who shares their interests. Thinking out of the box and being creative also will help. Continuing to learn new things, and interacting with peers and other scholars is beneficial as well. Finally, once you come up with a good idea, it’s important to remember that inspiration is only part of achieving the goal. Hard work and dedication are essential for developing top-notch research prowess.

What are some of the common mistakes you see graduate students and young professionals making?

One of the common things I observe is that many students have difficulty making the transition from undergraduate to graduate school. They stay in the undergraduate mode that got them admitted into a PhD program. They keep worrying about grades and exams. In truth, these have no bearing on whether or not they’ll get a good job. Students are rarely, if ever, asked to forward their graduate transcript when applying for academic jobs. The quality of their research and publications are what matters.

Another problem is that students can get pulled in too many directions. They work on a number of projects, but these may never reach publication fruition. It’s important to make good decisions. By working on several competing and unrelated projects, especially if students are mechanically following and implementing what their professors want to see get done, the opportunity to think creatively and pursue their own interests may be greatly impeded. It is important to have mentors who are supportive of your talents and vision, while also giving clear and honest direction as needed.

What advice would you give to graduate students who want to have careers in academia?

Be resilient — an academic career is challenging but also exciting and fun, especially if you are pursuing issues that you have deep passion for. Rewards such as publications and grant success take time.

I also would advise students to work with mentors who are productive scholars and who are committed to facilitating the career growth of their mentees. Students should seek out opportunities instead of waiting for professors to approach them. Sometimes, students are intimidated by certain professors and don’t interact with them. Students need to understand that even distinguished scientists are willing to work with graduate students. The student-professor relationship is bidirectional, so faculty also learn many new things from their students.

As the director and founder of a very successful family treatment and research center you’ve had the unique experience of seeing the integration of research and practice. Can you tell us a bit about how this idea came to life? What advice do you have for students hoping to translate research to practice on a smaller scale?

The desire to both understand and be helpful to others experiencing adversity undoubtedly began during my childhood. When I was 19 years old, a graduate student at the University of Pittsburgh asked me what I would like to do professionally. I told the graduate student that I wanted to start a center for children and families that not only conducted research, but also implemented and evaluated interventions.

During my eight years at Harvard, I conducted basic research with maltreated children. I developed compassion for these youngsters and their families. I wanted my work to have a broader impact than just being published in scientific journals. Harvard did not have a clinical psychology program or a clinic at the time. Thus, when I moved from Harvard, it was important for me to go to a university that would give me the opportunity to start the center I envisioned.

I would not recommend that the typical graduate student embark on their own intervention research for her/his dissertation. Rather, she/he should work on existing projects that have translational potential or participate in an ongoing intervention conducted by one of his or her mentors. Starting one’s own preventive intervention would most likely prolong graduate school unduly, and no student should remain there longer than necessary. Moreover, it takes much longer to get publications from intervention research.

For early career scientists, such as graduate students, who wish to operate at multiple levels of analysis, there are a number of possible approaches. One can either work in multiple laboratories or collaborate with someone whose research lab specializes in multilevel work. An illustration of how young scientists can begin interdisciplinary research is through assisting their professors in writing multilevel grant applications. Conversely, professors can provide feedback on student grant proposals that integrate concepts across multiple disciplines.

What do you see in the future for the field of psychology?

I think the field of psychology will become increasingly interdisciplinary in the future. Nonetheless, there are many areas of the field that will profit from single disciplinary approaches, especially for pursuing knowledge in a new area. I hope that the field of developmental psychopathology can help to reduce the schism that often exists between basic and applied research. To provide an example, developmental psychopathology emphasizes the mutual interplay that exists between typical and atypical development. Thus, not only does knowledge of normative biological and psychological development inform the understanding of psychopathology, but also the study of pathology can inform typical development. Research in the area of risk, psychopathology, and resilience is complicated, and I would like to see these endeavors accorded the scientific respect they deserve. I also foresee a new generation of professionals who are committed to conducting multilevel research that helps to reduce the individual, familial, societal, and economic burden of mental illness.

Thank you for taking the time to answer these questions and for your many contributions to the field of psychology! 

This interview was edited for brevity. To learn more, we invite you to read the full transcript here.

Steve -I went to a public scohol and came out not owing a dime to anybody (paid about $60 per speed level). Also took and passed one of the lowest CSR pass rate tests in CA I believe around 8 to 10 percent passed that one. I have friends in online scohols who after a year are still in THEORY! Our theory was self-paced and just took a few months. There is no glory or bragging rights to which scohol you attend. We all have to take the same state test and pass it accordingly. School is just a place to get speed dictation and pass tests go to the cheapest one you can find +22