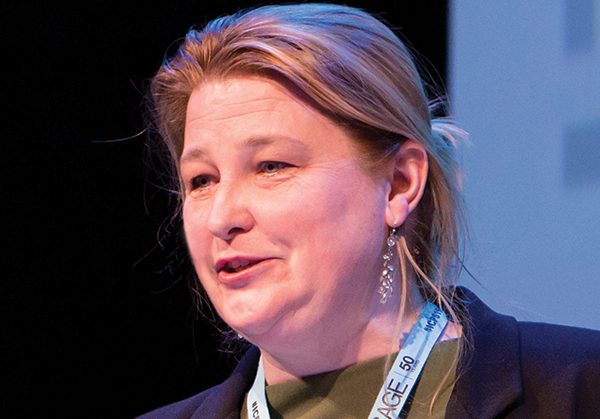 Focusing deliberately on only one thing can be so difficult, as there are inevitably numerous things vying for your attention at any given moment. You might be working on important online research when a massive ad suddenly takes over your screen, hijacking your attention; or maybe you sap your attentional resources by toggling back and forth between different apps. Even if you could eliminate all possible distractions — by employing an ad blocker or by closing all but one app — it probably would still be challenging to concentrate given the human proneness to mind-wandering.

While the consequences of most attentional failures are minor, some outcomes — such as failing to see an oncoming vehicle or forgetting to remove a surgical instrument — are truly disastrous.

Indeed, APS Fellow Nilli Lavie (University College London, United Kingdom) observed, “Attention, like many good things in life, is most noticeable when we fail to have it.”

In a symposium at the inaugural International Convention of Psychological Science in Amsterdam, the Netherlands, Lavie and other researchers delved deep into the integrative science of attention, shedding light on the mechanisms that shape this fundamental cognitive ability and offering evidence for strategies that may help us combat distraction and zero in on the task at hand.

To understand attention, Lavie said, we need to acknowledge that not all attentional lapses are the same: Sometimes we’re distracted by things that are entirely irrelevant to what we’re doing, while other times we’re so absorbed by a task that we don’t even hear someone shouting our name.

These different types of attentional lapses can be understood if we consider that perception has a finite capacity, Lavie explained. If we’re doing something that isn’t perceptually demanding, our remaining perceptual bandwidth can be taken up by an irrelevant distractor. If, however, we’re performing a task that has high perceptual load, our bandwidth is completely consumed — our attention is focused on the task, and we fail to notice other stimuli around us.

In a recent study, Lavie and her graduate student Dana Raveh investigated the effects of perceptual load across two sensory modalities: vision and hearing. In a low-load visual task, participants had to search for a letter embedded among other symbols; in a high-load version of the task, the letter was embedded among other letters. On some of the trials, the visual search task was accompanied by a sound.

Given that high-perceptual-load tasks force us to tune out irrelevant stimuli, Lavie and former graduate student Sophie Forster, now at the University of Sussex, United Kingdom, surmised that such tasks actually could be employed as tools to improve attentional focus.

In research recently published in Psychological Science, the researchers used a similar letter-finding task, in which a cartoon character distractor appeared in 25% of the trials. As expected, participants were distracted by the cartoon character, and thus slower in finding the target letter, when the visual load was low compared with when it was high. This effect was especially strong for participants who scored high on attention-deficit/hyperactivity disorder symptoms. But a high visual load seemed to negate this distraction for all participants — under visually demanding conditions, it was as if they didn’t even see the cartoon character.

The Power of Suggestion

Together, these studies indicate that bottom-up features of perception, including the degree to which our sensory systems are taxed, can influence how much attention we devote to a task. But other research suggests that top-down factors also can constrain attention and awareness. As APS Fellow Axel N. Cleeremans (Université libre de Bruxelles, Belgium) noted, our expectations, and other people’s expectations, can shift our attention in meaningful ways.

Cleeremans described work led by then-graduate student Pedro A. Magalhães De Saldanha da Gama investigating the impact of suggestion on resolving cognitive conflict. The researchers used a suggestion-placebo procedure during which participants were told they would be hooked up to a machine that could influence visual discrimination. In reality, the machine was made of obsolete medical equipment connected to a nonfunctional EEG cap, but the participants were given fake scientific articles suggesting that the machine really worked.

While hooked up to the machine, the participants completed a classic Stroop task in which they saw a series of words and had to say what color each word was printed in. If they saw the word “green” printed in red ink, for example, the correct response would be “red.” These kinds of incongruent trials are especially difficult because they require that participants ignore the predominant source of information (text) and attend to a subsidiary feature (ink color).

“The narrative that you tell people has importance. It’s not just about modulating attention,” said Cleeremans.

The Mechanics of Mindfulness

Results from studies like these underscore the idea that attention is trainable, and a particular form of attention training is garnering considerable interest among researchers: mindfulness.

“In daily life, we’re normally in a wandering mind sort of state. To the other extreme, with effortful training to focus attention, you reach mental fatigue,” said Tang. “But in the middle, in between effortless and effortful training, you have an attention balance state, in which you reach optimal performance.”

Tang’s research on a particular form of mindfulness training, integrative body–mind training (IBMT), suggests that five 20-minute training sessions may be enough to improve attention and cause changes in underlying brain activity. In one study, Tang and colleagues found that participants who completed IBMT training were better able to resolve cognitive conflict caused by competing stimuli compared with those who received relaxation training. In line with this finding, results from another study showed that IBMT training led to a relative increase in activity in the right anterior cingulate cortex, an area associated with monitoring and resolving cognitive conflict. The study also revealed that IBMT participants had reduced activation of the default network, which is thought to underlie self-generated thought during mind wandering.

With “a good dose of the training,” said Tang, “you can stabilize these networks and form a new habit, which can help you to be in the moment … with less effort.”

Over time, these changes in brain activity may even lead to structural changes. In another study, Tang and colleagues found that, relative to the relaxation control group, participants who underwent 11 hours of IBMT training showed changes in white matter connectivity to the anterior cingulate cortex.

These findings are tantalizing, but Tang noted that future research should examine the effects of different types of mindfulness programs to isolate the specific components of mindfulness.

It’s exactly this kind of isolation on which APS Fellow Tania Singer (Max Planck Institute for Higher Cognitive and Brain Sciences, Germany) has focused her efforts.

In an ongoing effort called the ReSource Project (see www.resource-project.org/en/home.html), Singer and colleagues have been trying to tease apart the various cognitive, affective, and metacognitive processes involved in practices that people generally associate with “mindfulness meditation.”

For the project, the researchers followed participants 20 to 55 years old over the course of an entire year. The participants completed three 3-month mental training modules focused on awareness of the present moment and mindfulness, loving kindness and compassion, and perspective taking on self and others, respectively.

Each module began with a retreat followed by weekly sessions led by multiple teachers. Participants were instructed to complete daily exercises via a smartphone app, through which they could record details of their practice and their experiences.

The multimethod project included more than 90 measures examining genetic characteristics, environmental factors, brain structure and function, subjective well-being, health, and behavior. The data from this first cohort was compared with that of a second cohort, which completed the modules in a different order, thereby serving as an active control group.

According to Singer, the results clearly indicate that each module targets distinct and separate cognitive and socio-affective abilities. For example, the module focused on fostering awareness of the present moment specifically led to improvement on the Flanker task — a commonly used cognitive task that taps participants’ ability to pay attention to target stimuli and inhibit responses to distracting stimuli.

And preliminary data suggest that this mindfulness training module may lead to increased cortical thickness in brain networks underlying attention and executive control.

The training modules for perspective taking and loving kindness were associated with improvement in theory of mind and compassion, respectively, and were linked with changes in other brain networks.

By isolating these different components, we can see that targeted attention-based mindfulness training specifically benefits attention but not necessarily social skills such as compassion or theory of mind accuracy. This insight led APS Fellow Jonathan W. Schooler (University of California, Santa Barbara) to wonder: Can a comprehensive “kitchen sink” intervention bring even greater returns?

While comprehensive lifestyle interventions often are found to be effective in medical studies, this approach hasn’t been investigated to the same extent in cognitive research, said Schooler.

Schooler and colleagues tested this “kitchen sink” approach with undergraduate students during a 6-week summer program. The participants completed various physiological, cognitive, and brain measures to establish baseline scores; some were then randomly assigned to receive the lifestyle intervention, while others were placed on a waitlist and told to continue with life as usual.

Each day, those in the intervention group engaged in an hour of exercise, an hour of meditation, and a discussion or activity centered on well-being, followed by more exercise. They also were encouraged to sleep and eat well.

Compared with the students who went about life as usual, participants in the intervention showed robust effects across several measures, including key cognitive measures related to attention such as task focus (i.e., reduced mind-wandering) and working memory capacity.

Changes in mindfulness were associated with a dramatic increase in insula connectivity, which may reflect “greater momentary present awareness,” said Schooler.

The prospect of such robust effects leads to a provocative question: Is there such a thing as too much mindfulness?

“I’m wondering if these training programs will produce people that will feel better [and] have better lives, but maybe with something like a lower consciousness; they don’t need to care about anything else now,” said APS Fellow Arnaud Rey (CNRS & Aix-Marseille University, France), the symposium chair.

There may be some downsides to mindfulness, and it’s certainly no panacea, the researchers agreed, but studies suggest we need not worry about becoming too detached.

“It’s not like becoming a veggie,” explained Singer. “It’s actually a very conscious, alert, and attentive state of a certain experience and engagement in the world.”

While mindfulness may be a particularly popular, and exciting, area of research, it’s still relatively early to draw strong conclusions — after all, mindfulness training constitutes just one form of attention training.

“It’s an attitude and a skill, but it’s not everything,” Tang concluded. “Like exercise, not everything fits everybody — you can choose the combination.” 