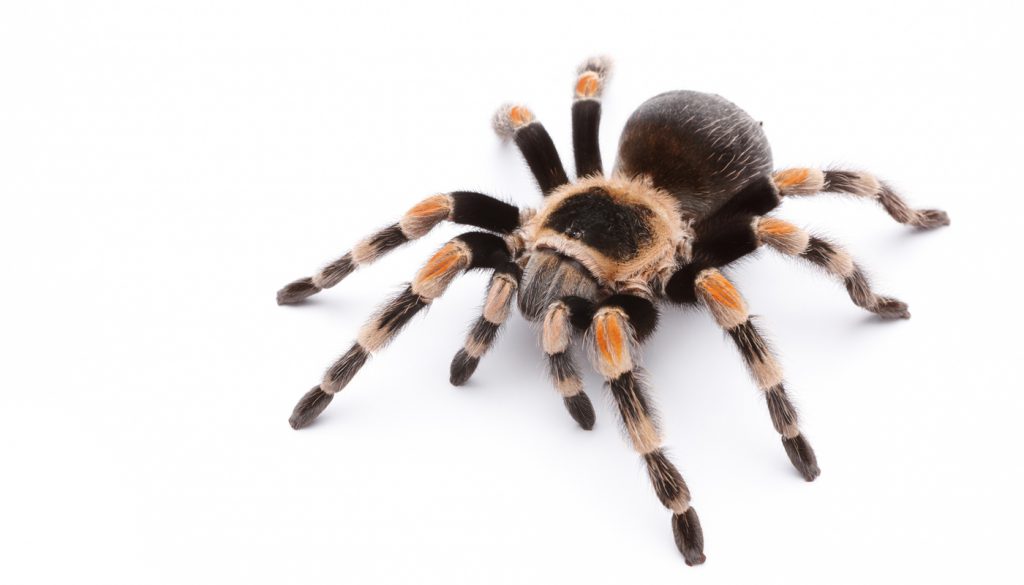 Can simply describing your feelings at stressful times make you less afraid and less anxious?

Psychological scientists at the University of California, Los Angeles asked 88 people with a fear of spiders to approach a large, live tarantula in an open container outdoors. The participants were told to walk closer and closer to the spider and eventually touch it if they could.

The participants were then divided into four groups and sat in front of another tarantula in a container in an indoor setting. In the first group, the subjects were asked to describe the emotions they were experiencing and to label their reactions to the tarantula — saying, for example, “I’m anxious and frightened by the ugly, terrifying spider.”

“This is unique because it differs from typical procedures in which the goal is to have people think differently about the experience — to change their emotional experience or change the way they think about it so that it doesn’t make them anxious,” said Michelle Craske, a professor of psychology at UCLA and the senior author of the study. “Here, there was no attempt to change their experience, just to state what they were experiencing.”

In a second group, the subjects used more neutral terms that did not convey their fear or disgust and were aimed at making the experience seem less threatening. They might say, for example, “That little spider can’t hurt me; I’m not afraid of it.

“This is the usual approach for helping individuals to confront the things they fear,” Craske said.

All the participants were re-tested in the outdoor setting one week later and were again asked to get closer and closer to the tarantula and potentially touch it with a finger. The researchers measured how close subjects could get to the spider, how distressed they were and what their physiological responses were, focusing in particular on how much the subjects’ hands sweated, which is a good measure of fear, Craske said.

“They got closer and they were less emotionally aroused,” Craske said. “The differences were significant. The results are even more significant given the limited amount of time involved. With a fuller treatment, the effects may be even larger.

“Exposure is potent,” she added. “It’s surprising that this minimal intervention action had a significant effect over exposure alone.”

So why were the people in the first group — those who performed what the life scientists call “affect labeling” — able to get closer to the tarantula?

“If you’re having less of a threat response, which is indicated by less sweat, that would allow you to get closer; you have less of a fear response,” said study co-author Matthew Lieberman, a UCLA professor of psychology and of psychiatry and biobehavioral sciences. “When spider-phobics say, ‘I’m terrified of that nasty spider,’ they’re not learning something new; that’s exactly what they were feeling — but now instead of just feeling it, they’re saying it. For some reason that we don’t fully understand, that transition is enough to make a difference.”

The scientists also analyzed the words the subjects used. Those who used a larger number of negative words did better, in terms of both how close they were willing to get to the tarantula and their skin-sweat response. In other words, describing the tarantula as terrifying actually proved beneficial in ultimately reducing the fear of it.

“That is so different from how we normally think about exposure therapy, where you try to get the person to think differently, to think it’s not so bad,” Craske said. “What we did here was to simply encourage individuals to state the negative.”

“We’ve published a series of studies where we asked people, ‘Which do you think would make you feel worse: looking at a disturbing image or looking at that disturbing image and choosing a negative emotional word to describe it,'” Lieberman said. “Almost everyone said it would be worse to have to look at that image and focus on the negative by picking a negative word. People think that makes our negative emotions more intense. Well, that is exactly what we asked people to do here. In fact, it’s a little better to have people label their emotions — multiple studies now show this. Our intuitions here are wrong.”

This is the first study to demonstrate benefits for affect labeling of fear and anxiety in a real-world setting, Craske and Lieberman said.

“The implication,” Craske said, “is to encourage patients, as they do their exposure to whatever they are fearful of, to label the emotional responses they are experiencing and label the characteristics of the stimuli — to verbalize their feelings. That lets people experience the very things they are afraid of and say, ‘I feel scared and I’m here.’ They’re not trying to push it away and say it’s not so bad. Be in the moment and allow yourself to experience whatever you’re experiencing.”

Craske and Lieberman are studying how this approach can help people who have been traumatized, such as rape victims and victims of domestic violence. The approach potentially could benefit soldiers returning from war as well.

“I’m far more optimistic than I was before this study,” Lieberman said. “I’m a believer that this approach can have real benefits for people.

“There’s a trend in psychology of acceptance-based approaches — honestly label your feelings. This study has that flavor to it,” Craske said.

Katharina Kircanski, a former UCLA graduate student and current postdoctoral scholar at Stanford University, is lead author of the study; she conducted this research as a graduate student in Craske’s laboratory.