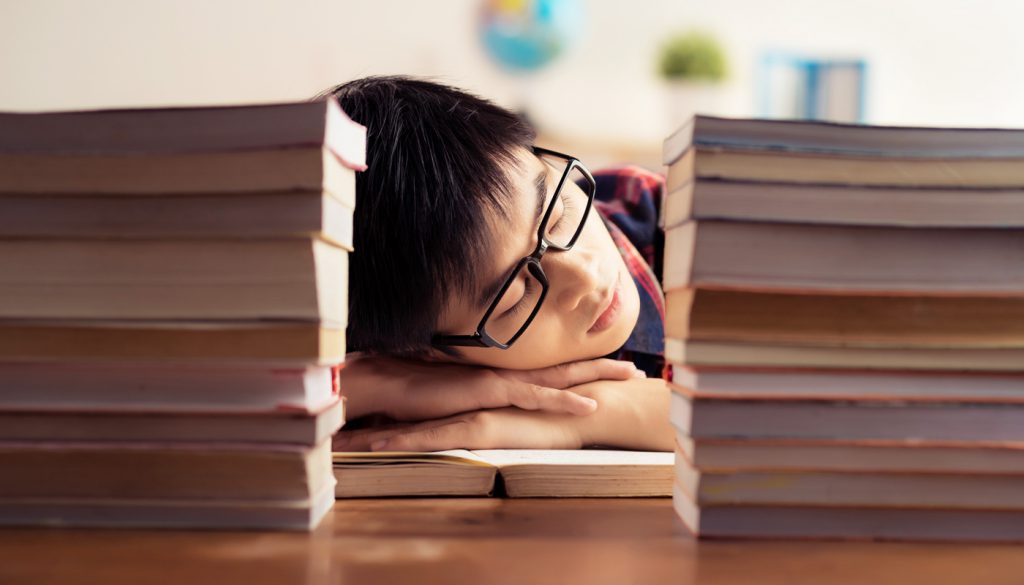 “Our results suggest that interleaving sleep between practice sessions leads to a twofold advantage, reducing the time spent relearning and ensuring a much better long-term retention than practice alone,” explains psychological scientist Stephanie Mazza of the University of Lyon. “Previous research suggested that sleeping after learning is definitely a good strategy, but now we show that sleeping between two learning sessions greatly improves such a strategy.”

While studies have shown that both repeated practice and sleep can help improve memory, there is little research investigating how repetition and sleep influence memory when they are combined. Mazza and colleagues hypothesized that sleeping in between study sessions might make the relearning process more efficient, reducing the effort needed to commit information to memory.

A total of 40 French adults were randomly assigned to either a “sleep” group or a “wake” group. At the first session, all participants were presented with 16 French-Swahili word pairs in random order. After studying a pair for 7 seconds, the Swahili word appeared and participants were prompted to type the French translation. The correct word pair was then shown for 4 seconds. Any words that were not correctly translated were presented again, until each word pair had been correctly translated.

Twelve hours after the initial session, the participants completed the recall task again, practicing the whole list of words until all 16 words were correctly translated.

In the first session, the two groups showed no difference in how many words they could initially recall or in the number of trials they needed to be able to remember all 16 word pairs.

Ultimately, both groups were able to learn all 16 word pairs, but sleeping in between sessions seemed to allow participants to do so in less time and with less effort.

“Memories that were not explicitly accessible at the beginning of relearning appeared to have been transformed by sleep in some way,” says Mazza. “Such transformation allowed subjects to re-encode information faster and to save time during the relearning session.”

The memory boost that participants got from sleeping between sessions seemed to last over time. Follow-up data showed that participants in the sleep group outperformed their peers on the recall test 1 week later. The sleep group showed very little forgetting, recalling about 15 word pairs, compared to the wake group, who were able to recall about 11 word pairs.  This benefit was still noticeable 6 months later.

The benefits of sleep could not be ascribed to participants’ sleep quality or sleepiness, or to their short-term or long-term memory capacity, as the two groups showed no differences on these measures.

The results suggest that alternating study sessions with sleep might be an easy and effective way to remember information over longer periods of time with less study, Mazza and colleagues conclude.

I will recommend this post to my son, it is very useful. Thanks for sharing!