The health facts presented by mass media in the midst of a disease outbreak are likely to influence what we remember about the disease — new research suggests that the same mass media coverage may also influence the facts that we forget. 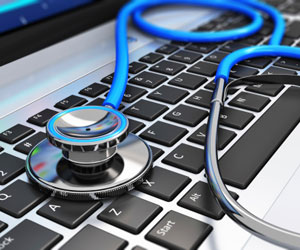 “The starting point for our study was the exaggerated coverage of Ebola in 2014 despite the absence of any serious consequences in the United States,” says psychological scientist Alin Coman of Princeton University. “The common sense intuition is that in situations like these, in which health risks are exaggerated by the media, the audience pays more attention to the information presented.”

An unintended outcome of selective media coverage, says Coman, is that it also shapes how people remember information that isn’t presented. For example, a newscast that highlights only some disease symptoms may induce people to forget other symptoms they had learned previously, but it probably won’t affect their ability to recall disease characteristics that aren’t symptoms.

Coman and co-author Jessica Berry decided to investigate this forgetting phenomenon in the context of meningococcal disease, a real disease that most people don’t know much about.

The researchers conducted an online study with 460 adult participants in the US. The participants learned about specific symptoms, risk factors, diagnostic tools, and aftereffects associated with meningococcal disease and then read a message about the disease. Some participants read a “low-risk” message that highlighted the low likelihood of contracting the disease in the US, with about one recorded case for every 100,000 individuals in a given year. Other participants read a “high-risk” message that focused instead on the consequences of the disease, including the fact that the mortality rate is as high as 40% in some age groups. These messages differentially affected how anxious participants felt about meningococcal disease.

The participants then listened to a radio show clip that supposedly featured an expert from the CDC talking about meningococcal disease. The clip included some, but not all, of the facts the participants had just learned — for example, the clip might only highlight two of the four symptoms participants had learned about.

After the clip was over, the participants completed a surprise recall test, in which they had to remember as many of the previously learned characteristics — symptoms, risk factors, diagnostic tools, and aftereffects — as they could.

As expected, participants in both the low- and high-risk groups were better at remembering the disease facts that were repeated in the radio show compared to those that weren’t.

But they also showed a particular pattern of forgetting. Participants were worse at remembering disease characteristics that weren’t mentioned when they came from the same category as characteristics that were mentioned. If the radio show only highlighted two symptoms and two aftereffects, for example, participants were more likely to forget the other symptoms and aftereffects they had learned than they were to forget about risk factors and diagnostic tools.

Importantly, the anxiety that participants felt in the high-risk group seemed to cause this forgetting effect.

“The audience experiences a paradoxical effect by which the more attention they pay to the expert, due to increased anxiety, the more likely they are to forget information that is related to what the expert mentions,” explains Coman. “Media outlets may not know whether a public health risk will have serious consequences down the line, but I believe that they have to be better calibrated to the events on the ground and properly evaluate public health risks. The exaggeration of these risks causes people to forget potentially relevant information.”

Coman plans to conduct further research to illuminate some of the behavioral strategies that could be used by both those in media and in medicine to ensure that information is disseminated to the public in efficient, and accurate, ways.

All data and materials have been made publicly available via Open Science Framework and can be accessed at https://osf.io/gjp53/. The complete Open Practices Disclosure for this article can be found at http://pss.sagepub.com/content/by/supplemental-data. This article has received badges for Open Data and Open Materials. More information about the Open Practices badges can be found at https://osf.io/tvyxz/wiki/1.%20View%20the%20Badges/ and http://pss.sagepub.com/content/25/1/3.full.