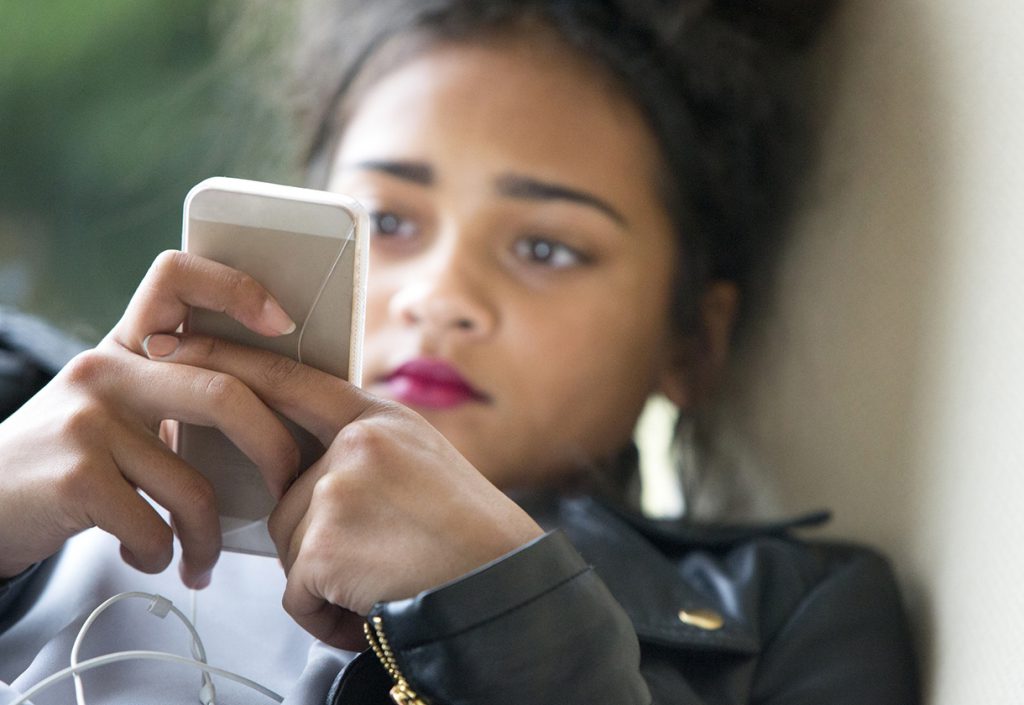 Data from more than 17,000 teenagers show little evidence of a relationship between screen time and well-being in adolescents. The study, published in Psychological Science, a journal of the Association for Psychological Science, casts doubt on the widely accepted notion that spending time online, gaming, or watching TV, especially before bedtime, can damage young people’s mental health.

“While psychological science can be a powerful tool for understanding the link between screen use and adolescent well-being, it still routinely fails to supply stakeholders and the public with high-quality, transparent, and objective investigations into growing concerns about digital technologies. Analyzing three different datasets, which include improved measurements of screen time, we found little clear-cut evidence that screen time decreases adolescent well-being, even if the use of digital technology occurs directly before bedtime,” said Professor Andrew Przybylski, Director of Research at the OII and coauthor on the study.

The research found that adolescents’ total screen time per day had little impact on their mental health, both on weekends and weekdays. It also found that the use of digital screens 2 hours, 1 hour, or 30 minutes before bedtime didn’t have clear associations with decreases in adolescent well-being, even though this is often taken as a fact by media reports and public debates.

Unlike other studies, the Oxford research analyzed data from Ireland, the US, and the UK to support its conclusions. The researchers used a rigorous methodology to gather how much time an adolescent spends on screens per day, including both self-reported measures and time-use diaries. This is important as many studies are based solely on self-reported digital technology use, even though recent work found only one third of participants give accurate accounts of how much time they spend online when asked after the fact.

The researchers were also able to create a comprehensive picture of teens’ well-being, examining measures of psychosocial functioning, depression symptoms, self-esteem, and mood, with data provided by both young people and their caregivers.

Additionally, the final of the three studies conducted was preregistered, meaning that the researchers publicly documented the analyses they would run before they analyzed the data. This prevents hypothesizing after the results are known, a challenge for controversial research topics.

“Because technologies are embedded in our social and professional lives, research concerning digital-screen use and its effects on adolescent well-being is under increasing scrutiny,” said Orben. “To retain influence and trust, robust and transparent research practices will need to become the norm—not the exception. We hope our approach will set a new baseline for new research on the psychological study of technology,” added Przybylski.

The insights come days ahead of the anticipated release of the UK government’s new White Paper on Online Harms, which is expected to set out plans for legislation governing social media companies. This new study builds on previous work by Orben and Przybylski that used novel and transparent statistical approaches to show that technology use has a minuscule influence on adolescent well-being.

The study used data from Ireland, the US, and the UK. In Ireland, it covered 5,363 young people tracked under the Growing Up in Ireland project. In the US, the data covered 709 subjects of a variety of ages compiled by the United States Panel Study of Income Dynamics. And in the UK, the dataset included responses from 11,884 adolescents and their caregivers surveyed as part of the Millennium Cohort Study.

The National Institutes of Health (R01-HD069609/R01-AG040213) and the National Science Foundation (SES-1157698/1623684) supported the Panel Study of Income Dynamics. The Department of Children and Youth Affairs funded Growing Up in Ireland, carried out by the Economic and Social Research Institute and Trinity College Dublin. A. Orben was supported by a European Union Horizon 2020 IBSEN Grant; A. K. Przybylski was supported by an Understanding Society Fellowship funded by the Economic and Social Research Council. The funders had no role in study design, data collection and analysis, decision to publish, or preparation of the manuscript.

The analysis code for this study is publicly available and the design and analysis plans were preregistered, all via the Open Science Framework. This article has received the badges for Open Materials and Preregistration.

What about effects on sleep? Several Stanford studies of college students have shown that for many screen
time before bed effects sleeping time!

I think it’s similar to not exercising: we know it’s good for you but not working out every day doesn’t mean you’re going to be miserable.

Likely the screen time effect has been exaggerated.

1. This is a cross-sectional study. Ideally, one should conduct a life-long longitudinal study.

2. From your study, adolescents may not be affected by excessive ST. This does not mean that preschoolers aren’t. Synaptic pruning theoretically would affect the young from 0-10 years old.

How is “psychological well-being” defined? My impression is it is totally different and separate from social function, competency in interpersonal skills or relationships, etc. I’m sure people can have “well being” while simultaneously being totally dysfunctional. I think it is important for the authors to make this differentiation clear so readers don’t attribute “well being” to mean all aspects of successful functional living.

Just read a report of a ‘well-behaved and healthy’ Namibian 10-yearold that committed suicide after an internet game. There may be issues with this particular game, but no denying that screen time reduces time for interpersonal relationships when depression and other psychological issues may be identified and attended to.
It will be interesting to know what the authors mean by ‘well-being’
In addition,less than 1000 participants from US cannot be representative of a >40million population of adolescents in the region.
I believe more studies are required before people throw caution into the winds and allow unlimited screen time for adolescents.

This article and everything about it wreaks of money. Someone paid to distort the truth and defend a very lucrative industry. There are so many issues with the validity of this “research”, and the article’s choice of facts and how they are presented that this couldn’t possibly have come from an unbiased source.

Teenagers and young adults who intentionally hurt themselves engage in such behavior based, in part, on how they experience pain and their emotional distress, according to findings published in Clinical Psychological Science. The Centers for