Depressive symptoms are common among mothers, and these symptoms are linked with worse developmental outcomes for children. The new study, which followed 319 mothers and their children over a two-year period, helps to explain why parenting competence seems to deteriorate as parents’ symptoms of depression increase.

“Children can often be demanding, needy, unpredictable, uncooperative, and highly active,” says lead research Theodore Dix of the University of Texas at Austin. “The task of parenting, particularly with children who are emotionally reactive, is especially difficult for mothers experiencing symptoms of depression because they are continually attempting to regulate their distress and discomfort.” 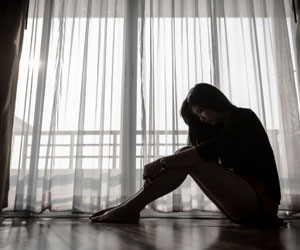 Previous research has yielded conflicting findings, indicating that depressed parents are both more negatively responsive and more unresponsive to their children than parents without depression.

Dix and colleagues Anat Moed and Edward Anderson hypothesized that depressed mothers may respond to their children in different ways, depending on the child and the situation, but that these responses reflect the same underlying process:

“Attempting to minimize immediate distress or discomfort may sometimes prompt mothers to avoid conflict with their children, leading to unresponsive and lax parenting,” says Dix. “At other times, it may lead them to accelerate that conflict to address their child’s aversive behavior, leading to over-reactive parenting.”

The researchers conducted periodic home visits with the mothers and children participating in the study over a period of 2 years.

The findings indicate that as long as the child’s behavior stays below a certain threshold of unpleasantness, not reacting to that behavior is perhaps the easiest way for mothers to keep the peace, avoiding further negative reactions from their children and minimizing their own distress.

But, as the behavior becomes more difficult to tolerate, mothers are more likely to overtly disapprove of or resist the behavior as a way of quashing it entirely.

Ultimately, depressive symptoms seem to steer mothers’ focus toward minimizing their own distress and away from the impact that their behavior has on the child and the child’s needs, says Dix.

“Given links between lax and over-reactive discipline to child abuse, coercive family process, and developmental problems in children, understanding basic mechanisms that promote these problematic forms of parenting is important,” he concludes.

This research was supported by Grant No. 1-5 R01 HD41463- 01A1 from the National Institute of Child Health and Human Development to Edward R. Anderson and Shannon M. Greene.