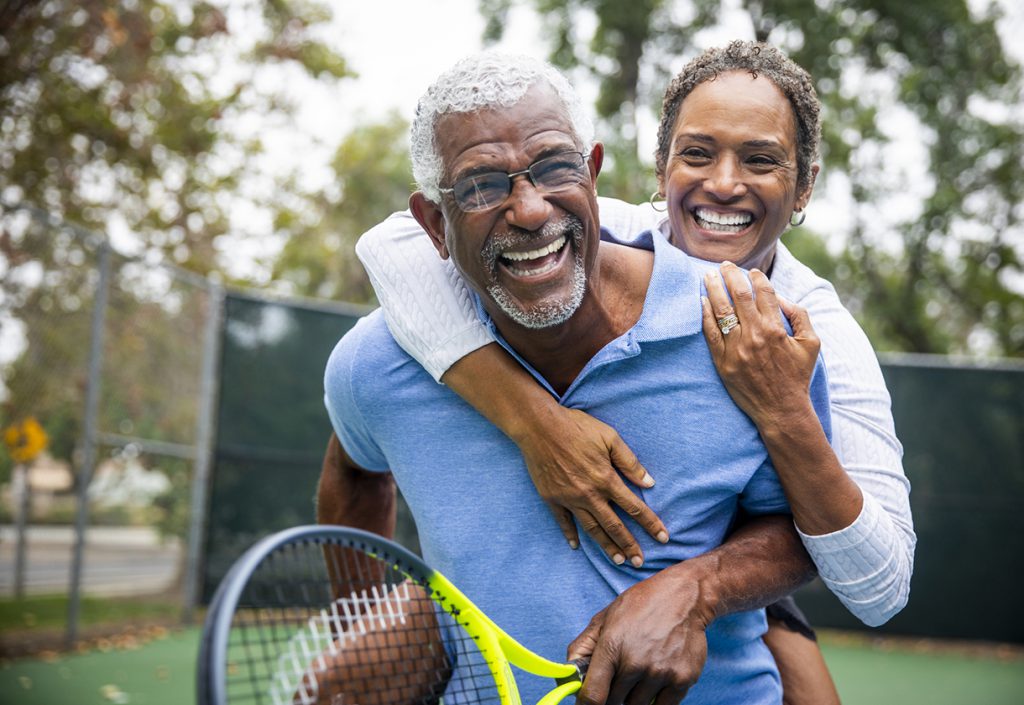 “The data show that spousal life satisfaction was associated with mortality, regardless of individuals’ socioeconomic and demographic characteristics, or their physical health status,” says study author Olga Stavrova, a researcher at Tilburg University in the Netherlands.

Life satisfaction is known to be associated with behaviors that can affect health, including diet and exercise, and people who have a happy, active spouse, for example, are likely to have an active lifestyle themselves. The opposite is also likely to be true, says Stavrova:

“If your partner is depressed and wants to spend the evening eating chips in front of the TV — that’s how your evening will probably end up looking, as well.”

Stavrova examined data from a nationally representative survey of about 4,400 couples in the United States who were over the age of 50. The survey, funded by the National Institute on Aging, collected data on participants who had spouses or live-in partners; 99% of the sampled couples were heterosexual.

For up to 8 years, participants and their spouses reported on life satisfaction and various factors hypothesized to be related to mortality, including perceived partner support and frequency of physical activity. They also completed a self-rated health measure and provided information related to their morbidity (as measured by number of doctor-diagnosed chronic conditions), gender, age at the beginning of the study, ethnicity, education, household income, and partner mortality. Participant deaths over the course of the study were tracked using the National Death Index from the Centers for Disease Control and Prevention or spouses’ reports.

This research demonstrates that partner life satisfaction may have important consequences for health and longevity. Although the participants in this study were American, Stavrova believes the results are likely to apply to couples outside of the United States, as well.

“This research might have implications for questions such as what attributes we should pay attention to when selecting our spouse or partner and whether healthy lifestyle recommendations should target couples (or households) rather than individuals,” says Stavrova.

Future research could also investigate larger social networks to see if the same pattern of results emerges in the context of other relationships.

All analysis code for this study has been made publicly available via the Open Science Framework. The data are available through the Health and Retirement Study’s website. This article has received the badge for Open Materials.

One day when I get married, I hope my husband lives a long life. I want a man I can grow old with, but I’m going to make sure he is in good health.

How Smartphones Are Affecting Our Relationships

The allure of smartphones, and their impact on our relationships, might be the result of our evolutionary history, researchers suggest.