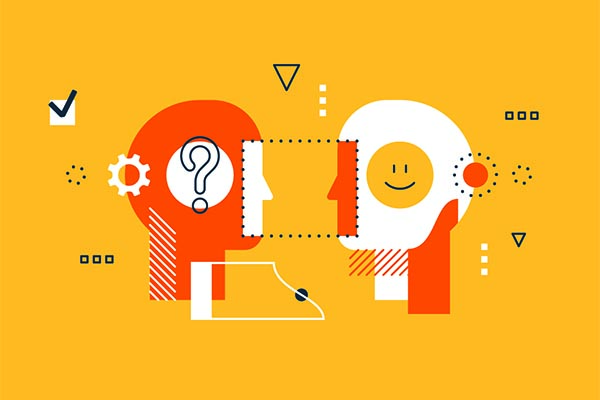 Software that purports to read emotions in faces is being deployed or tested for a variety of purposes, including surveillance, hiring, clinical diagnosis, and market research. But a new scientific report finds that facial movements are an inexact gauge of a person’s feelings, behaviors, and intentions.

“It is not possible to confidently infer happiness from a smile, anger from a scowl or sadness from a frown, as much of current technology tries to do when applying what are mistakenly believed to be the scientific facts,” a group of leading experts in psychological science, neuroscience and computer science write in their comprehensive research review.

The authors note that the general public and some scientists believe that there are unique facial expressions that reliably indicate six emotion categories: anger, sadness, happiness, disgust, fear, and surprise. But in reviewing more than 1,000 published findings about facial movements and emotions, they found that typical study designs don’t capture the real-life differences in the way people convey and interpret emotions on faces. A scowl or a smile can express more than one emotion depending on the situation, the individual, or the culture, they say.

“People scowl when angry, on average, approximately 25% of the time, but they move their faces in other meaningful ways when angry,” Barrett explains. “They might cry, or smile, or widen their eyes and gasp. And they also scowl when not angry, such as when they are concentrating or when they have a stomach ache. Similarly, most smiles don’t imply that a person is happy, and most of the time people who are happy do something other than smile.”

In a separate article in the journal, Alan Cowen and Dacher Keltner of the University of California, Berkeley; Disa Sauter of the University of Amsterdam; and Jessica L. Tracy of the University of British Columbia note that most scientists agree that facial expressions are meaningful, even if they don’t follow a one-to-one match with six basic emotion categories. They propose a new model for studying emotion-related responses in all their complexity and variations. This approach would measure not only facial cues, but also body movements, voice fluctuations, head movements and other indicators to capture such nuanced responses as smiles of embarrassment or sympathetic vocalizations, they say.

“We thought this was an especially important issue to address because of the way so-called ‘facial expressions’ are being used in industry, educational and medical settings, and in national security,” say Barrett and her co-authors.

The full text of the report and commentary are available to the public online.

For more information about this study, please contact: Lisa Feldman Barrett at l.barrett@neu.edu or 617-794-4409, Ralph Adolphs at radolphs@caltech.edu, Stacy Marsella at stacymarsella@gmail.com, Aleix Martinez at martinez.158@osu.edu, or Seth Pollak at spollak@wisc.edu or 608-698-2523.

Read coverage of this report in The Washington Post, Forbes, The Verge, and the ACLU’s Free Future blog

I totally agree with Barrett and colleagues. It is very sad that the ease of the use of the method (showing pictures of faces) determines the research on emotionality. I heard so many talks and read so many papers interpreting the results from such a method as the final truth about how emotions work, and what areas of the brain are involved in emotionality. I am glad that APS put their foot down on this pseudoscience. We also should condem a use of linear statistical methods (such as factor analysis) in presentation on nonlinear psychological processes and “structural interpretation” of brain activity from simple MRI studies. These are “Easy buttons” offered to psychology by the lobby from producers of statistical software and MRI machines. Psychologists should respect the complexity of their subject matter.