News > Latest Research News > Divorce Elevates Risk for Depression, But Only for Some People 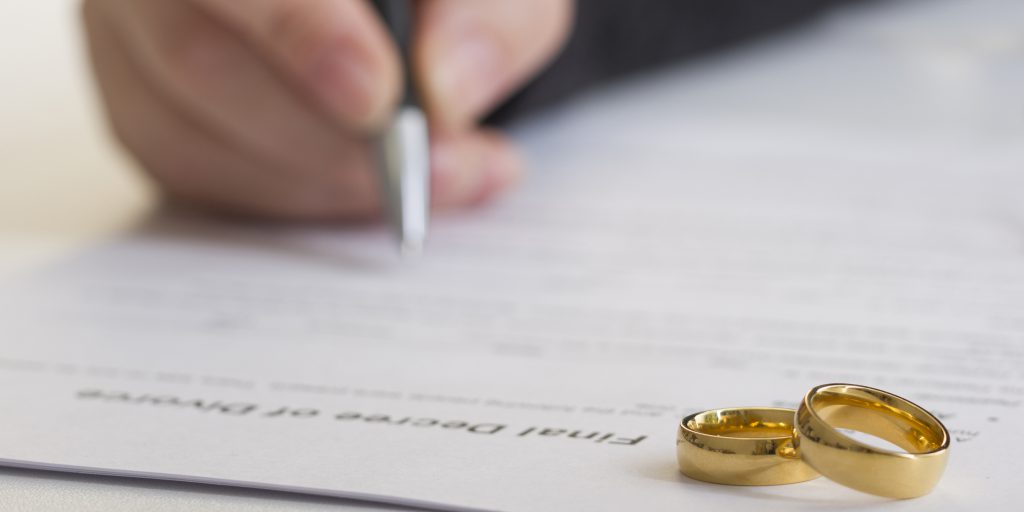 “Stressful life events like divorce are associated with significant risk for prolonged emotional distress, including clinically-significant depression,” notes psychological scientist and lead researcher David Sbarra of the University of Arizona. “At the same time, we know from considerable research that the experience of divorce is non-random. Some people are much greater risk for experiencing a divorce than other people.”

This led Sbarra and colleagues to wonder: Is it divorce, or the factors leading to divorce — such as marital discord, neuroticism, or hostility — that increase the risk for depression?

To investigate this question, the researchers took advantage of data from the longitudinal, nationally representative Midlife Development in the United States (MIDUS) study. The researchers matched each participant who had separated or divorced during the study to a continuously married person in the study who had the same propensity to divorce, based on a number of previously identified factors. By comparing participants to their match, the researchers were able to account for the fact that it’s impossible to randomly assign people to divorce or stay married.

In line with previous research, the results showed that divorce had a significant effect on subsequent depression.

But, as Sbarra and colleagues found, the full story was a bit more complex.

The magnitude of the difference between the two groups — 60% versus 10% — surprised the researchers.

“These findings are very important because they affirm the basic notion that most people are resilient in the face of divorce and that we do not see severe disorder among people without a history of a past depressive illness,” says Sbarra. “If you’ve never experienced a significant depression in your life and you experience a separation or divorce, your odds for becoming depressed in the future are not that large at all.”

The findings suggest that separation and divorce may exacerbate underlying risk but don’t, in and of themselves, increase rates of depression. It’s possible, the researchers speculate, that people with a history of depression have a limited capacity to cope with the demands of the transition out of marriage, but they caution that the specific mechanisms have yet to be explored.

“Do these people blame themselves for the divorce? Do they ruminate more about the separation? Are they involved in a particularly acrimonious separation? These questions deserve much greater attention,” says Sbarra.

Sbarra and colleagues also note that the research can’t speak to potentially interesting differences between those adults who separate versus those who divorce, since the two categories were combined in the study.

“It is very important for clinicians to know that a person’s history of depression is directly related to whether or not they will experience a depressive episode following the end of marriage,” says Sbarra. “People with a history of depression who become divorced deserve special attention for support and counseling services.”

The article abstract is available online.

News > Latest Research News > Divorce Elevates Risk for Depression, But Only for Some People