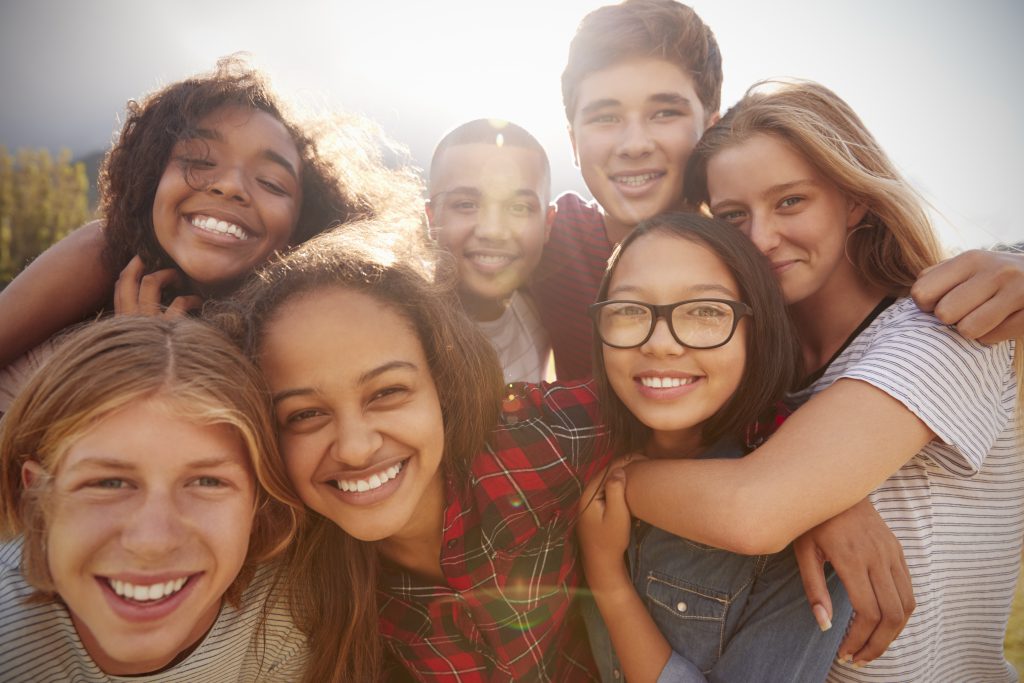 Teens are often warned to beware the undue influence of peer pressure, but new research suggests that following the pack in adolescence may have some unexpected benefits for physical health in early adulthood.

Psychological scientists Joseph P. Allen, Bert N. Uchino, and Christopher A. Hafen found that physical health in adulthood could be predicted based on the quality of close friendships in adolescence. In addition, efforts to conform to peer norms were actually linked to higher quality health in adulthood.

“These results indicate that remaining close to — as opposed to separating oneself — from the peer pack in adolescence has long-term implications for adult physical health,” says Allen, a researcher at the University of Virginia. “In this study, it was a robust predictor of increased long-term physical health quality.”

The intense adolescent focus on forming and maintaining peer relationships may well result from an instinctive recognition that these relationships are linked to well-being.

“Peer relationships provide some of the most emotionally intense experiences in adolescents’ lives, and conformity to peer norms often occurs even when it brings significant costs to the individual,” the researchers write. “Cross-cultural research has found that an approach to social interactions that emphasizes placing the desires of one’s peers ahead of one’s own goals—much as adolescents do when they conform to peer norms—is linked to reduced life stress.”

Essentially, Allen and colleagues hypothesized that “following the herd” and having close, supportive relationships in adolescence would lower the risk of having stress-related health problems in adulthood. To test this, the researchers recruited a diverse group of 171 seventh- and eighth-graders and followed them from ages 13 through 27 years old.

Each participant nominated their closest same-gendered friend at the time to be included in the study. From ages 13 through 17, the participants’ best friend filled out a questionnaire assessing the overall quality of the friendship, including the degree of trust, communication, and alienation in the relationship. Friends also provided information about how much participants’ focused on fitting in with their peers.

Participants’ health quality was then assessed annually at ages 25, 26, and 27 years old with questions about their overall health, anxiety and depression symptoms, and body mass index.

To account for possible health problems, participants also reported on distinct medical diagnoses as well as any hospitalizations.

Results indicated that both high-quality close friendships and a drive to fit in with peers in adolescence were associated with better health at age 27, even after taking other potentially influential variables such as household income, body mass index, and drug use into account.

The findings indicated that adolescent relationship qualities may come to influence adult health through decreased levels of later anxiety and depressive symptoms.

“Although autonomy-establishing behavior is clearly of value in modern Western society, in which daily survival threats are minimal, it may have become linked to stress reactions over the course of human evolution, when separation from the larger human pack was likely to bring grave danger,” Allen and colleagues write.

“From a risk and prevention perspective, difficulty forming close relationships early in adolescence may now be considered a marker of risk for long-term health difficulties,” Allen explains.

In the future, long-term health promotion efforts may want to consider the quality of social relationships in adolescence in addition to more commonly investigated health risks, such as obesity and smoking.